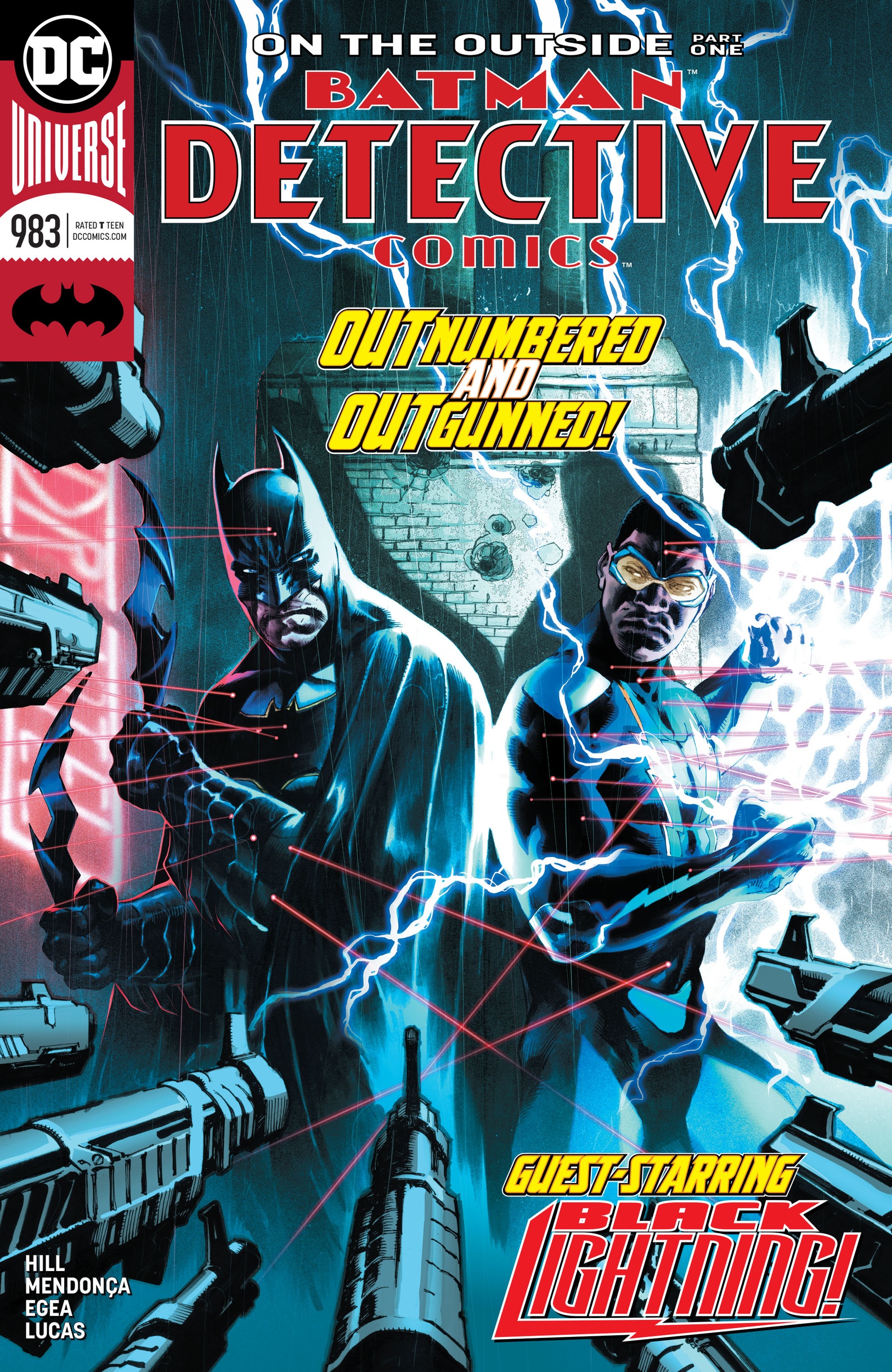 Within the opening pages of Detective Comics #983, you see an interview with the self-proclaimed “biggest Batman fan” with over a million YouTube Followers, The Signal (a.k.a Duke Thomas) in critical care after failing too rescue aforementioned YouTuber, and Batman trying to start some shady shit independent of the Justice League. My first thought as I was reading it the first time was “This… this is how you start a Batfamily story proper.”

The inciting incident establishes the philosophy of the current nameless antagonist force, where Batman has become weaker as he takes on more charges and actively takes measures to protect Gotham. It’s a clever incorporation of modern day phenomena in comics, and creates a sense of timeliness within the story. 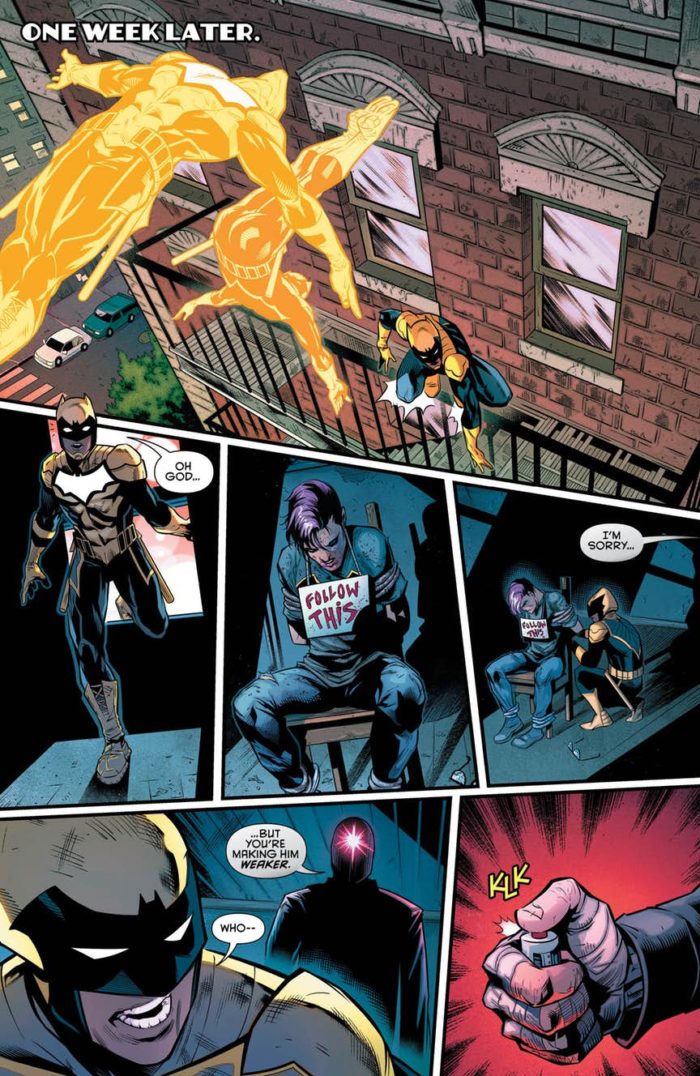 Hill is very metered with his narrative. There is an intentionality to the erratic pace where he switches gears from high octane action to chillingly intense drama, and aided by Mendonça’s art, Egea’s inks, and Lucas’ colors, we get vibrant depictions of Gotham during the day and Metropolis during the night and there’s such a wonderful balance of contrasts in play. In response to the events of No Justice, Batman is forming a team and his first recruit is Jefferson Pierce a.k.a Black Lightning a.k.a local principal and safety net. It’s a wonderfully executed team-up between two heroes. The opening exchange between the two highlights another recurring thematic: the public believes Batman cannot fail. And more to the point, Batman knows that this perception prevents him from being the teacher his new charges need.

Detective Comics #983 gets your heart bumping. The action is thrilling, and the dramatic scenes really hit home. Hill does an incredible job at setting up the rest of the arc, and builds a wonderful stage for Wayne, Pierce, Duke Thomas, and Cassandra Cain to fight the latest madman in Gotham. It’s a story you’re not going to want to miss.