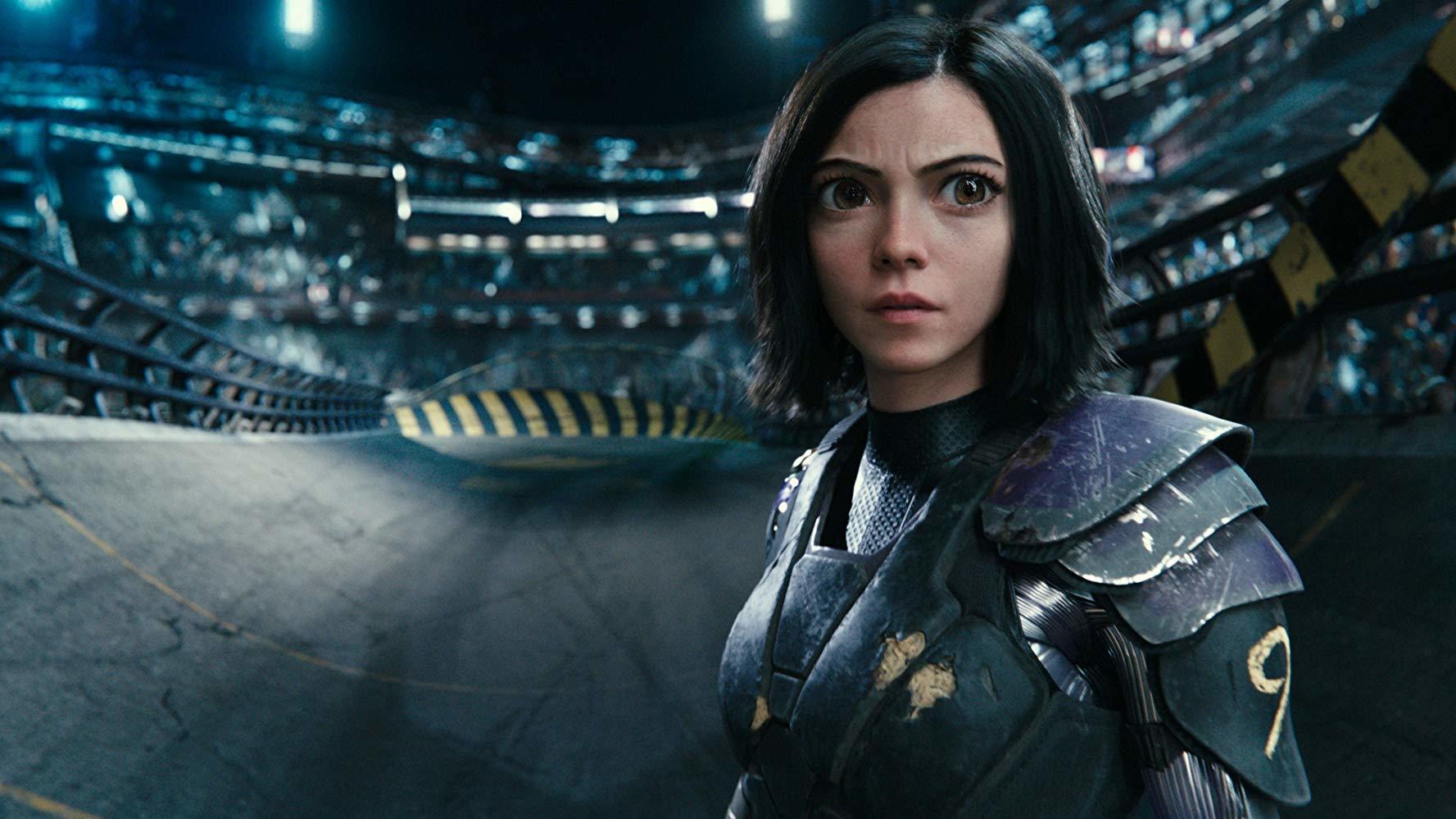 We live in the age of replicated ideas. Where nostalgia folds onto itself like space-time in a time travel movie into a never-ending tesseract of ‘the board game that used to be the YA novel that used to be the movie pitched by some studio head’s nephew’. Enter, Alita: Battle Angel – the movie based on the anime, sourced from the manga, “Gunmu”.

I grew up on the manga and the anime and let me tell you: Robert Rodriguez delivers a grand cinematic vision of The Iron City. More often than not, the ‘rich city/poor city’ vibe is forced in cinema. Scenes with no people of color and scenes with suspiciously high amounts of people of color. Folks wearing rags and speaking in outdated colloquialisms, etc. None of the ‘forced’ cliches are present in Alita (although it felt as though black women had so few lines and were easily killed off in this world). 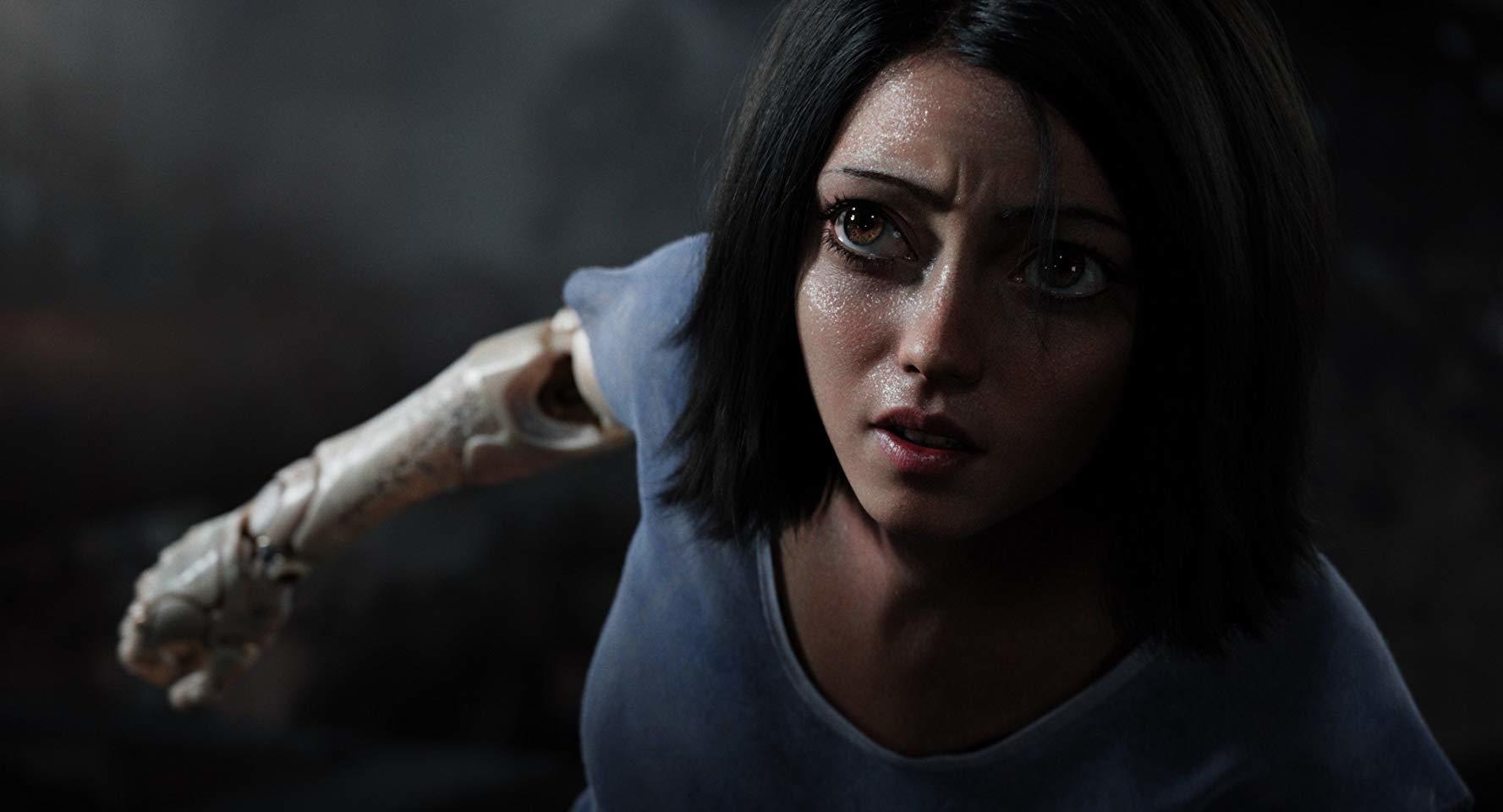 In regard to genuine diversity, there is so much Latinx representation woven cleverly throughout the world of Alita. From the three original songs co-written by director Robert Rodgriguez, to the intricate Aztec calendar forged on the back of Ed Skrein’s hunter-warrior character Zapan.  Black and brown people are a part of this universe in an honest way (not many lines though). Keeping it really real, this movie does a lot without trying too hard. An unspoken but well displayed theme of female empowerment via Rosa Salazar’s kick ass female protagonist with a heart of gold. It was a relief to see a ‘never too tough – never too soft’, full and emotionally well-ranged character.

Alita is really fast-paced. The plot covers a lot of ground, but it keeps you engaged. Right up until we are introduced to Hugo, played well by Keean Johnson. This character drags the whole movie to a crawl, and is the only real reminder that James Cameron co-wrote this. Every time Hugo shows up onscreen the whole movie turns into that long scene with the falling tree in Avatar (the one with blue people, not Avatar: TheLast Airbender). 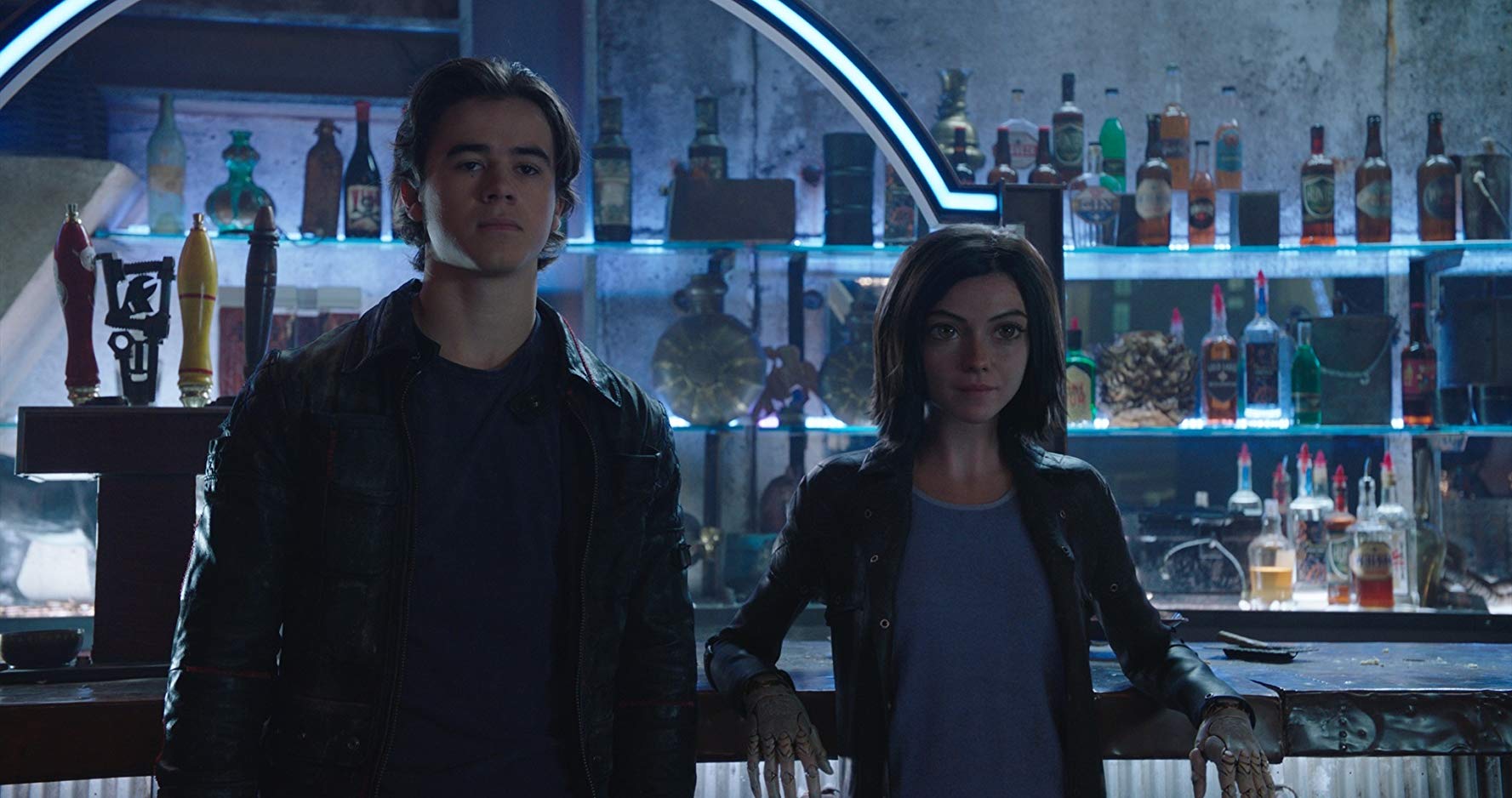 Hugo falls flat in this medium, as this obligatory love interest; he’s convenient as all hell in every plot point – and he is made into Alita’s weakness. Which was wack, given how far the movie goes to show you how strong she is.

Y’all, the movie is pretty. Like, gorgeous. Mind you, there are no beautiful places in the entire story. But Rodriguez, with the writing/producing assist from the OG James Cameron, creates a spectacular landscape out of the post-post apocalyptic cityscape. Weta Digital is really out here still bringing the heat they brought to The Lord of The Rings films . At no point does any part of this entirely fantastical and made up world look fake. The sets, the characters, the intricate designs of the tech, the overall look of the Iron City. Flawless.

It’s a solid film, truly. It’s got all the benchmarks of a cool movie. The fight scenes are top notch, well choreographed and easy to see (the opposite of a Transformers movie), Alita was really giving everybody those (fantastic) hands. The motion capture team was on point! Apparently the cyborg fighting style Panzer Kuntz is really every martial art known to humankind! She was bodying everything moving with the hands like Sonny Liston. Alita was sampling all the Kung-Fu flicks that Wu-Tang used for interludes! Just know, over anything, she got hands and them things work! 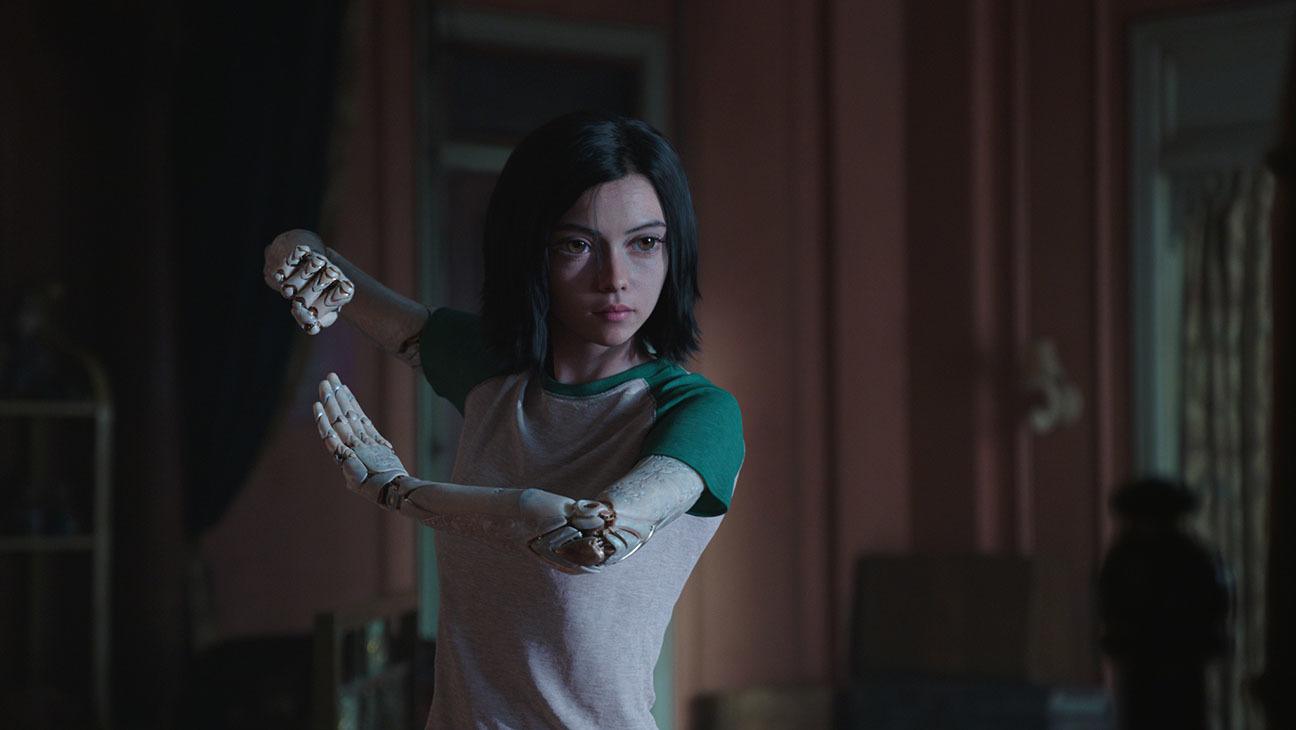 One of the most impressive parts of the movie is the depth of its cast. There’s a whole bench full of all-stars in these cybernetic streets! Someone on the production team called in all the favors. Rosa Salazar did the damn thing, even with a stretched out CGI face. Salazar brought a holistic fullness to the titular character that can’t be worded, but she doesn’t have a bad scene in the movie.

Christoph Waltz as Dr. Ido was a good look, his performance makes this world believable. He had every opportunity to make this movie as corny as possible, instead he makes it work. Mahershala Ali is equal parts cool, calculated, slick, smooth, and cowardly. His character wasn’t as complex in the source material, but Ali filled out what was a very simple villain into a memorable performance. The seemingly immortal Jennifer Connelly fits well into Rodriguez’s vision as the morally ambiguous and gifted cyber surgeon Dr. Chiren.

Let’s talk about the cameo squad! Casper “Starship Troopers should have got an Oscar” Van Dien came through as a disposable soldier villain and it was epic! Jeff “Who Let The Dogs Out” Fahey came through! Michelle Rodriguez came through! Ed Norton came through! Nobody on the second string slacked off, and the world of Alita was so much more rich and tangible for it. As of the writing of the article, Alita is topping the box office opening – and with good reason.

The movie checks boxes for all audiences, drives home a compelling universe with a pretty decent story, leaves a cliffhanger AND drops an F-bomb! You might not like this movie, but you will put some respect on Alita’s name(Gally if you’re nasty).