Spoilers be buried from the chin down with scorpions for neighbors.

Ah yes, another #DemThrones with 100 things going on and no chill for any of it. Jorah out here playing Grand Theft Fishing Boat because he still got Tyrion tied up and gagged on some Roman Polanski shit.

Jaime and Bronn are sailing on the SS NunyaGotDamnBusiness on their way to Dorne. The great thing about Bronn is that while everyone tries to keep up appearances and talk around the real topics and shit like that, Bronn out here not giving a fuck about your rank, your lot in life, or if you got one hand and a coat with the butter-soft leather probably made out of the skin of dead lords. Jaime says they’re not kidnapping a princess, they’re saving his niece. Bronn like, bruh, we out travelling this far down south, don’t even insult me with this “niece” bullshit you speak of.

Cersei is holding court with her small council, and like I said before, these muthafuckas are terrible. Having Lord Tyrell as a prominent member of your squad is like drafting Don Lemon as a spokesperson for your Black Caucus. 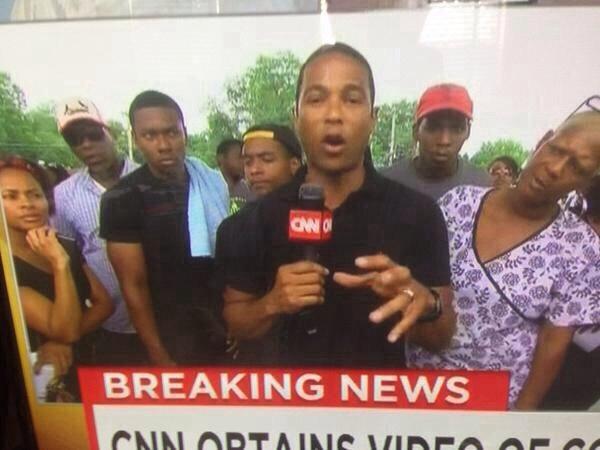 But Cersei’s plan isn’t to actually make a good small council, it’s to send them all the fuck away so that she has less people with input on important matters. Yeah, that can’t possibly go wrong.

Of course her grand plan is strengthening her hold in the public sector, mainly using the Sparrows as her own guided missile. These dudes were already a fucking problem when when they were just barefoot fanatics walking up in brothels. Now Cersei gave these bastards some Dark Knight cloaks, chains for holsters, and weapons. Oh, and impunity. That last one is probably the most important.

Sparrows got an upgrade like those agents in The Matrix Reloaded and they out here not giving any fucks whatsoever.

They snatch up Ser Loras ‘cuz they heard Ruth Bader Ginsburg drop the mic about same sex rights and took a hard pass. Basically, these dudes are the Tea Party with celestial tattoos on their foreheads. Of course that sends Margaery over the edge who runs up on King Tommen like, “yo, no disrespect, but your mom out here showing her natural ass.”

This leads to the King going to Ma Dukes, like “yo, do you know how much sex your behavior is costing me? Let Ser Loras go!” Of course, Cersei is like, hey, you the one wearing a crown, just go to the Sparrows and get him back. Of course, she knows that her son is the sweet one and King Tommen isn’t gonna authorize violence if he doesn’t have to. Had this been Joffrey? SHEEEEEEEYET. He would have authorized mass slaughter in the streets and then used the Sparrow’s blood as a slip and slide on those steps.

At the Wall, Stannis is trying to watch the game, but his wife Selyse is basically sitting down in front of the TV, fam. She tries to shit on everybody — Jon Snow, their daughter’s face, her own womb. Finally, Melisandre comes rolls up and shuts that shit down. Also, ain’t nobody gonna mention the fact that Selyse is supposed to be the one true Queen and yet Melisandre basically came in and dismissed her like a hand maiden.

Sam is giving Jon mad decrees to sign and he look like Obama signing bills with a Republican-controlled Congress. This Lord Commander shit is probably a lot more paperwork than he thought it would be. Melisandre comes into the principal’s office as Sam is leaving. Also… let’s notice that Ollie isn’t there observing, ‘cuz we don’t need this shit to get any weirder than it already is. Melisandre tries to convince Jon to leave the Wall and join Stannis as he marches on Winterfell and let’s just say… she’s got a different method of persuasion. She’s like, let me show you what life looks like. In the NUDE.

She straddles your boy and is like there is light in both of us, so how about you put your life inside of mine. Then Jon is like, I hate to disappoint by I gave my light to a dead woman and she actually gave a damn about me so…

Melisandre hits her with Ygritte catch phrase before she leaves and then Jon goes and takes an ice cold shower.

Shireen, the girl with the greyscale tattoo, comes and talks to her pops Stannis, asking if he’s ashamed of her. We get some good Baratheon origin story and actually see that Stannis is human. Actually makes a brother want to root for him as opposed to just hoping that other muthafuckas don’t win.

Sansa in the crypt under Winterfell honoring the fallen Starks, but they probably gonna need a lot more room. Littlefinger comes creeping down there (is there any other way he moves?).

Baelish tells the story that basically started the war, where Prince Rhaegor basically forgot he had a wife or that Lyanna Stark was already promised to Robert Baratheon when he sent her the edible arrangement from Flowers.com in front of the whole seven kingdoms. Sansa answers back with that Stark propaganda that Lyanna was kidnapped and Littlefinger just looks at her like, “yeah, you know nothing Sansa Stark.”

Then Littlefinger lays out the plan for her, that he married her off to the cats that killed her mother and brother, now he’s leaving her with them, but don’t worry, Stannis, the dude that got his ass handed to him at the Blackwater, he’s coming and I’m sure everything will turn out fine. And oh yeah, try not to get mutilated by the Ramsay boy in case that doesn’t happen. Littlefinger gotta be the worst life coach ever. Especially if life coaches give you a terrible prospect for the future and then kiss you dead on the mouth afterward… It looks like Jaime and Bronn have finally made it to Dorne and Bronn wakes up Jaime by killing a snake that was about to eat his whole face. Four riders roll up on them and when they corner your boys, Bronn takes down two of them before dudes even know what’s going on. Then he takes one off his horse so that Jaime can get that southpaw work on. And also, Jaime remembers that he can actually use his golden hand as a weapon.

On another distant sandy beach of Dorne, the Sand Snakes are lining up and planning their tour called “The Summer of No Fucks Given.” Ellaria tells them that Prince ain’t planning shit, so it’s up to them to get this war jumping off to avenge Oberyn… who died during a sanctioned combat that he volunteered for. But hey, let’s not let the facts get in the way of a good story. Also, turns out that the ship captain didn’t have much choice about the information because they’ve buried this cat up to his head and letting scorpions crawl around his dome. They know that Jaime is here, so they need to get to Myrcella before he does so they can start this really unnecessary war.

Out at sea, Tyrion is still gagged up while Jorah steers the ship. Once the gag comes off, Tyrion starts putting shit together, like who his captive is and what his motivations are. Jorah don’t appreciate all this Sherlock revelation on Tyrion’s part and hits him with that Money Mayweather.

In Meereen, Dany is talking with Ser Barristan and everyone must have got the memo, ‘cuz he’s talking about Prince Rhaegor too. Your boy used to be on the train in King’s Landing singing to the common folk. Daario, in a strange reversal, comes in killing the fun when he says the customer service office is open and the Queen gotta be down there taking all the claims herself.

[divider type=”space_thin”]
While Hizdahr is pitching this Gladiator shit at Danny again, the Sons of the Harpy are getting their Sparrow except in Meereen instead of King’s Landing, on. They just slaughtering dudes indiscriminately at this point. It’s all a trap though, as they are baiting the Unsullied into a kill room. This shit is vicious, yo. Unsullied just getting merked left and right now and we haven’t seen this many brown people get slaughtered since, like, Wednesday. Also, now we know why Grey Worm commands the Unsullied ‘cuz this dude out here PUTTIN’ NUMBERS ON THE BOARD. Dude was already wounded when it was still 1 on 15 and he still giving out that work, time and half, holiday pay with weekend differential, all of that. Just as it seems like the odds are too much, here come Ser Barristan Selmy, sword in the darkness himself.

Yo, Ser Barristan came out here and gave the AARP reimbursement to these dudes. Your boy like 76 years old and still takes down about 12 of these Harpy fucks before finally getting overran. At the end, all the Harpies are dead, but Ser Barristan and Grey Worm laying on top of the heap, dying their damn selves. What the hell man?!?! Meereen got to Chillllllll.