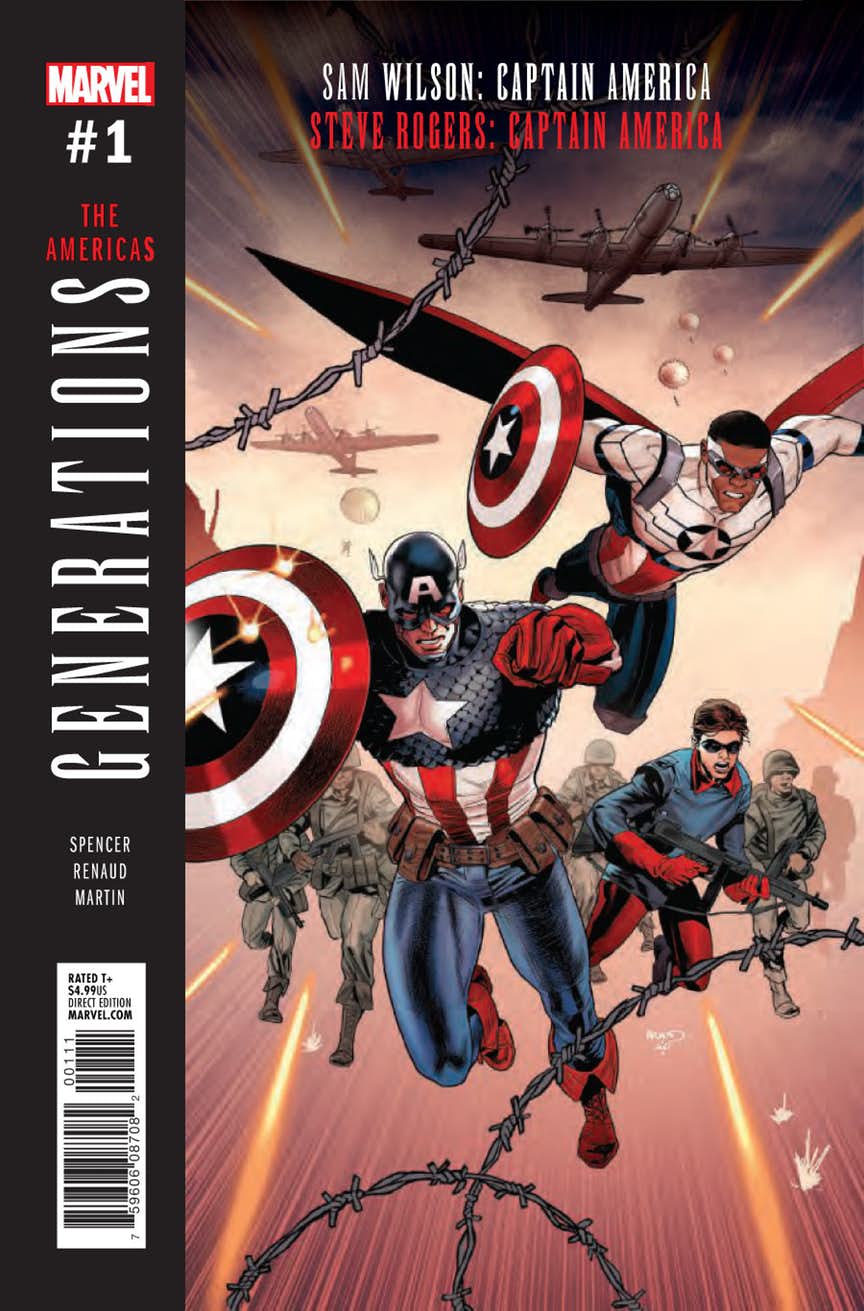 Generations: The Americas #1 is required reading for anyone who’s been keeping up with Nick Spencer’s run with Captain America – either of them. Spencer’s spent more than the past year juggling Marvel’s two Caps telling very different stories. This issue is clearly meant to be the finale to both. The consensus on the Generations titles we’ve gotten so far is that they’re meant to be the bridge between Secret Empire and Legacy, but have mostly been cool side-adventures and nothing more. This issue is clearly an exception and appears to have a lasting impact.

While the other heroes that got sent into the past to interact with their predecessors were gone for a limited time, Sam Wilson had the unique experience of living an entire life. He had a family of his own and watched his own lifetime occur with the wisdom of an extra 40 years of experience. Then, as the final treat, Sam gets the closure of telling Steve Rogers everything that’s been bouncing around his head ever since he took up the shield. But, in a disappointing move that I guess is best for the sake of timey-wimey stuff, nothing he experienced stuck. The years Sam lived as Paul Jeffries was left as nothing more than a dream. Sure, it will likely affect his outlook on life for the foreseeable future. But it’s another example of comics changing stories for shock value before going right back to the status quo. 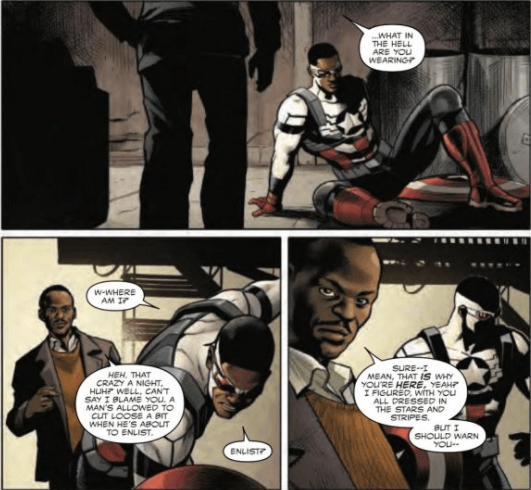 Also, um, how blind and/or dumb are we supposed to believe Steve Rogers is? He became best friends with the same flying Black man TWICE, but isn’t 100% sure there’s something weird going on there? C’mon, bruh. Lightly suggesting it in a conversation isn’t nearly enough of an inquiry. At least we got to see the two be friends again. Watching Steve hug Sam/Paul made me think of Barry Allen hugging Wally West in Rebirth.
Lastly, I’ve made my complaints about Sam Wilson giving up the shield on numerous occasions. I’d be beating a dead horse at this point if I did it again now. I disagree with the decision but we’re past the point where that can be changed.

It’s looking like it’s time to say goodbye to what’s been an enjoyable ride following Sam Wilson’s experiences as Captain America. It’s hit me harder than most stories ever have and become one of my favorite story arcs in all mediums. I only hope everyone else has enjoyed Sam-Cap half as much as I have. Let’s hope the same kind of growth can be explored in Falcon next month.