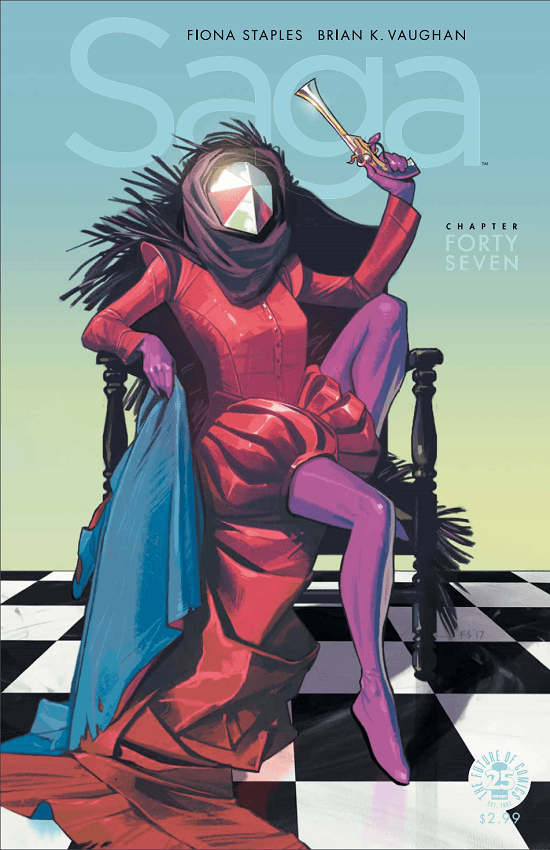 Wow…that’s all I have to say. Ok, maybe a few other things.

What Staples and Vaughan consistently do with Saga is to expand the world in new and surprising ways while also using the established knowledge that dates back forty some issues ago. This issue is mostly centered on the former mercenary formerly known as The Will. What a brilliant way of giving us even more background to his character in a way that also moves the plot forward. This issue introduces a new, crazy ass character that feels fresh and absolutely fits in this world. 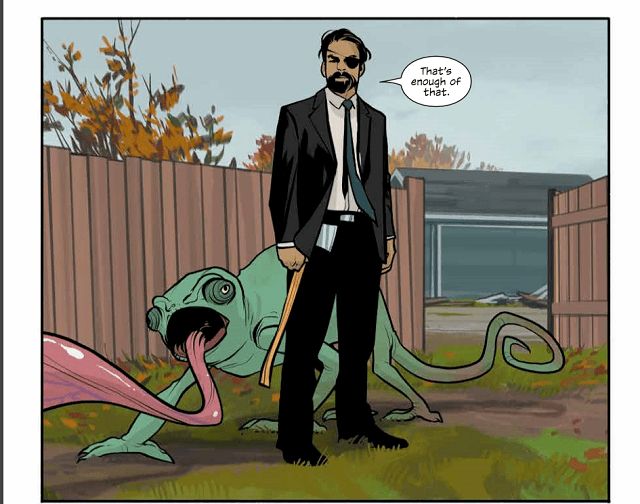 And they are effing crazy. Though, there is the qualifier that mercenaries make quite a bit of enemies in their line of work, so maybe they are justified. But the sadism is shocking and humorous with the clever dialogue that Vaughan provides.

Even the recounting of The Will’s history, including relationships with characters we are very familiar with, we’re given a turn that throws him back into the game he’s tried to leave. It is a frightening and entertaining prospect to see how this new character interacts with the world we already know. 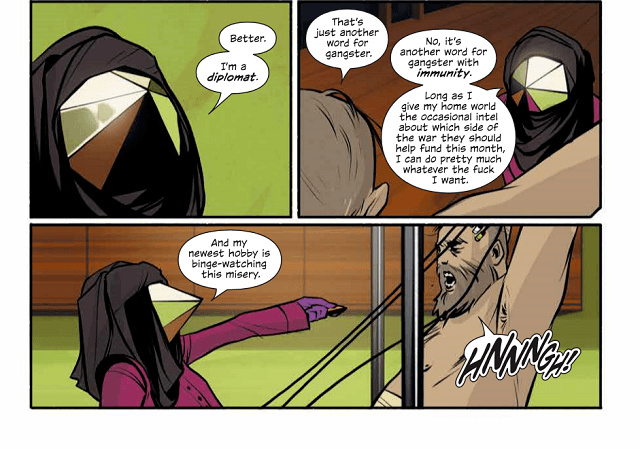 Its also great to see Staples drawing some of our favorite characters again. Along with everything else. Seriously, Staples kills every panel of this issue. The action sequences in the flashbacks are great and brutal with a physical comedy to them that few can pull off like Staples.

Even as we are almost 50 issues and several years in, Saga is still, somehow fresh and one of the best comic books you can read each month. The marriage between familiar and new characters, the humor and sadistic inclinations of them and Staples consistently great art make this one of the few must read books for comic fans.