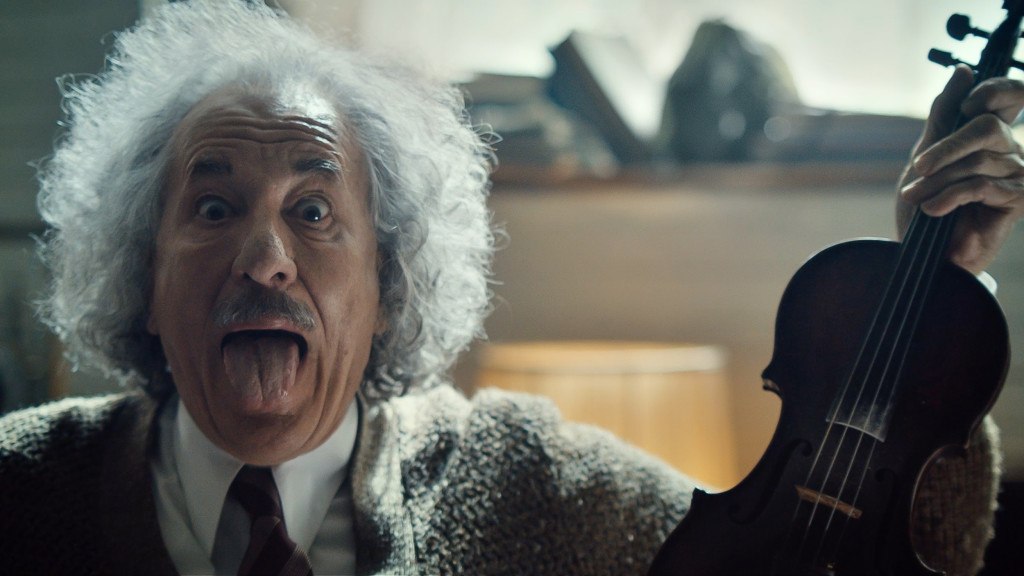 The scene begins in the 1920s with a chauffeured automobile, the driver having picked up a well-dressed man who kisses his hand to the mezuzah outside his door before entering the car. Inside he reads a paper, the Star of David vaguely, nonetheless noticeably, atop the front page. He appears an educated man. A businessman, or a professor perhaps, his mustache and goatee groomed, the sides of his cropped white hair seen only on the sides under a bowler hat. He and his chauffeur drive in a silence familiar to both. A second car swerves in front of them, two men get out speaking angrily in German, and before the chauffeur can drive them from harm’s way he’s shot in the head. The well-dressed man falls to his stomach on the back seat and opens the back door to flee for his life before the second Nazi unloads a machine gun into his face.

[quote_right]It takes little imagination for such a quote from Einstein’s colleague to sound familiar from 2016.[/quote_right]This is how National Geographic’s Genius begins, its continued foray into premiere TV following its previous short series Mars and its less-than-subtle insistence that it too can produce high-quality dramatic TV. The company, now majority-owned by 21st Century Fox, is taking a different road than that of its peer networks The History Channel and Discovery when they were bought out – no Pawnography or Naked and Afraid, at least not yet – but instead trying straight for Vikings-style historical fiction, a mesh of prime-time drama based in non-fiction familiarity.

Its opening scene is meant to jar, to send a message from the start that this isn’t the educational – read, more boring, less entertaining – TV one might expect when switching to NatGeo or flipping through its magazine’s pages, but rather that a graphic murder scene is exactly what its capable of. They might as well have followed its opening with a sex scene to belabor the point. Which is exactly what they did. Our first appearance is Albert Einstein having sex with his assistant and trying to convince her mid stroke how he should be able to have her and his wife both.

Murder. Sex. Nazis. It’s a lot in just under 5 minutes, but an accurate summary of what Genius brings to the table under the veil of a personal history of a world icon. It’s entertaining if not over-eager, National Geographic viewing like a 15-year old trying to stand out by being the same or a parent desperate to be cool. Still, the series does exactly what it intends to do by capitalizing on a well-recognized figure whose personal life and rise to prominence is long ripe for the dramatizing,[quote_left]Einstein replies, “People are listening to him. He’s dangerous.”[/quote_left] and whose name is synonymous with the search for knowledge; in that way, NatGeo could not have found a better subject for marrying their education and research-focused brand with their desire to cash in on premiere TV.

Genius toggles between decades of Einstein’s formative years as a bright, ambitious, yet difficultly obnoxious mind, played by Johnny Flynn, and his adulthood with the age and wild hair to which we are most familiar, played by Geoffrey Rush. His personal life is riddled with his brash brilliance creating conflict with his father, teachers, love interests – nearly anyone close to him, with a few exceptions, and we see them all as either guiding lights to young Einstein or landmines through which his youthful, stubborn arrogance attempts to navigate. All seen with the historical backdrop of the rise of the Nazis in Germany, a backdrop that produces a real discomfort for viewers make real-life comparisons between early 20th-century denials of the longevity and prominence of Adolf Hitler’s influence with rhetoric of nationalism we hear today.

“Adolf Hitler is a loud-mouthed art school reject with a handful of supporters in a country of 60 million. He’ll be gone in a year.” It takes little imagination for such a quote from Einstein’s colleague to sound familiar from 2016.

Einstein replies, “People are listening to him. He’s dangerous.” And just that quickly, the scene does its job. 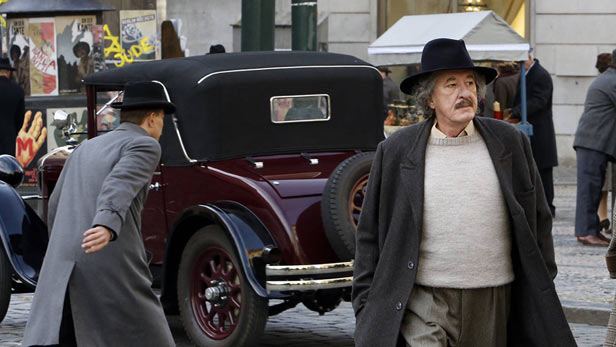 Where Genius succeeds most in its allure is displaying Einstein’s intellectual curiosity, almost insufferable, and the intellectuals around them who inspire the same curiosity in viewers. Like watching an erudite version of an Olympic montage, Genius chronicles the behind-the-scenes life of a man who reached a prominent cerebral stage and romanticizes it in a way that makes you wish you could understand things you had no genuine interest in before having watched it. Add murder, sex, and political turmoil, stir well, and you have a series that satisfies your every craving for that TV drama.