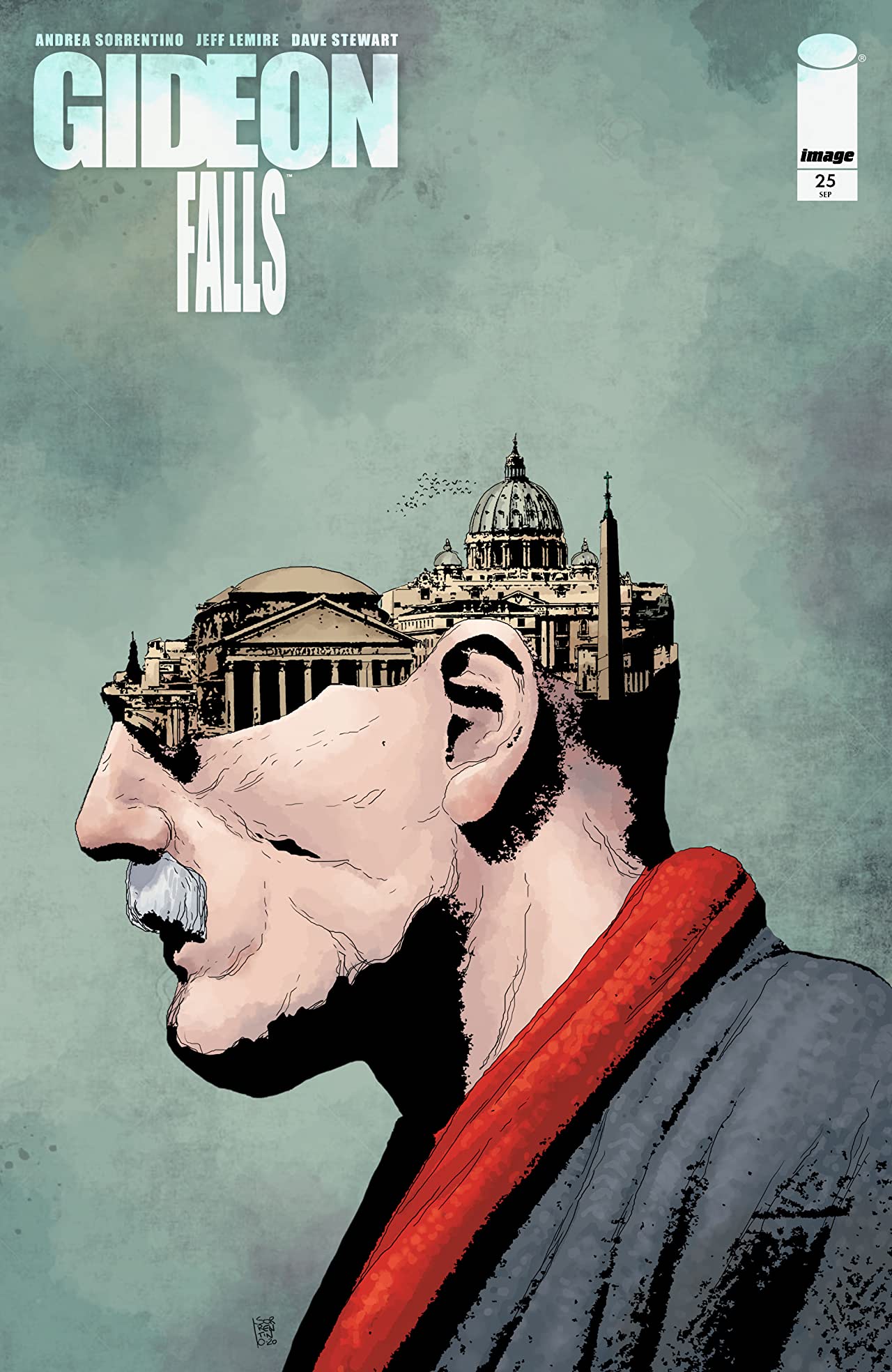 Are you feeling sinister?

It’s been several issues since we last talked about Gideon Falls, largely because there is just such a wide array of comics out there on the market that deserve their due. However, Gideon Falls has quietly and consistently been one of the best titles out on the shelves, not just for horror fans, but for fans of comics in general. So as the series races towards its inevitable conclusion with this penultimate issue of the last arc before the entire series gets its 80 page conclusion in Gideon Falls #27, I wanted to revisit what is perhaps one of the wildest works of fiction and one of my favorites.

In the intervening issues that we haven’t covered here, Gideon Falls got progressively weirder as various alternate realities began to collide in increasingly wild ways and the various protagonists have tried several machinations to try and save their tenuous concept of the world only to have the destruction of the Black Barn unleash the Laughing Man in full force. I highly recommend catching up with the issues because it is a surrealistic trip that weave a compelling tale of intrigue and you definitely want to be prepared for the endgame.

And as demonstrated with the images above and below, Sorrentino’s artwork alongside Stewart’s colors and Wands’s lettering and design, produce some of the most beautifully haunting artwork that capture the nightmarish landscape that is the converging of all of Gideon Falls which is and always has been the final stage for the confrontation with the Laughing Man. The stark contrast of colors, the juxtaposition of the abstract and the concrete, the way the red still haunts my sleep is truly next level, especially as it serves the plot.

Lemire’s slow burn of a narrative has fully caught fire and the story is barreling towards its conclusion. The same suspenseful narration and tight dialog that has been emblematic of the series’ writing continues to be strong as this issue provides some exposition and gets our favorite doctor Angela to her spot in the upcoming battle. It’s weird and bizarre, and there’s an argument to waiting until the series is collected in trade to experience the Eisner winning horror series, but there is also a very strong argument to just start picking up back issues so you can ready yourself for the final issue of the arc in October before the series ends in December.

Gideon Falls has been constantly evolving with each new arc and what initially intrigued me because of my ever-present Catholic guilt now fascinates me by being this multi-genre speculative fiction celebration of all things surreal and horrific. Everything continues to fall in place and this particular issue maybe isn’t the best time to jump in, but this review should serve as a reminder that Gideon Falls is out here doing all of the work.