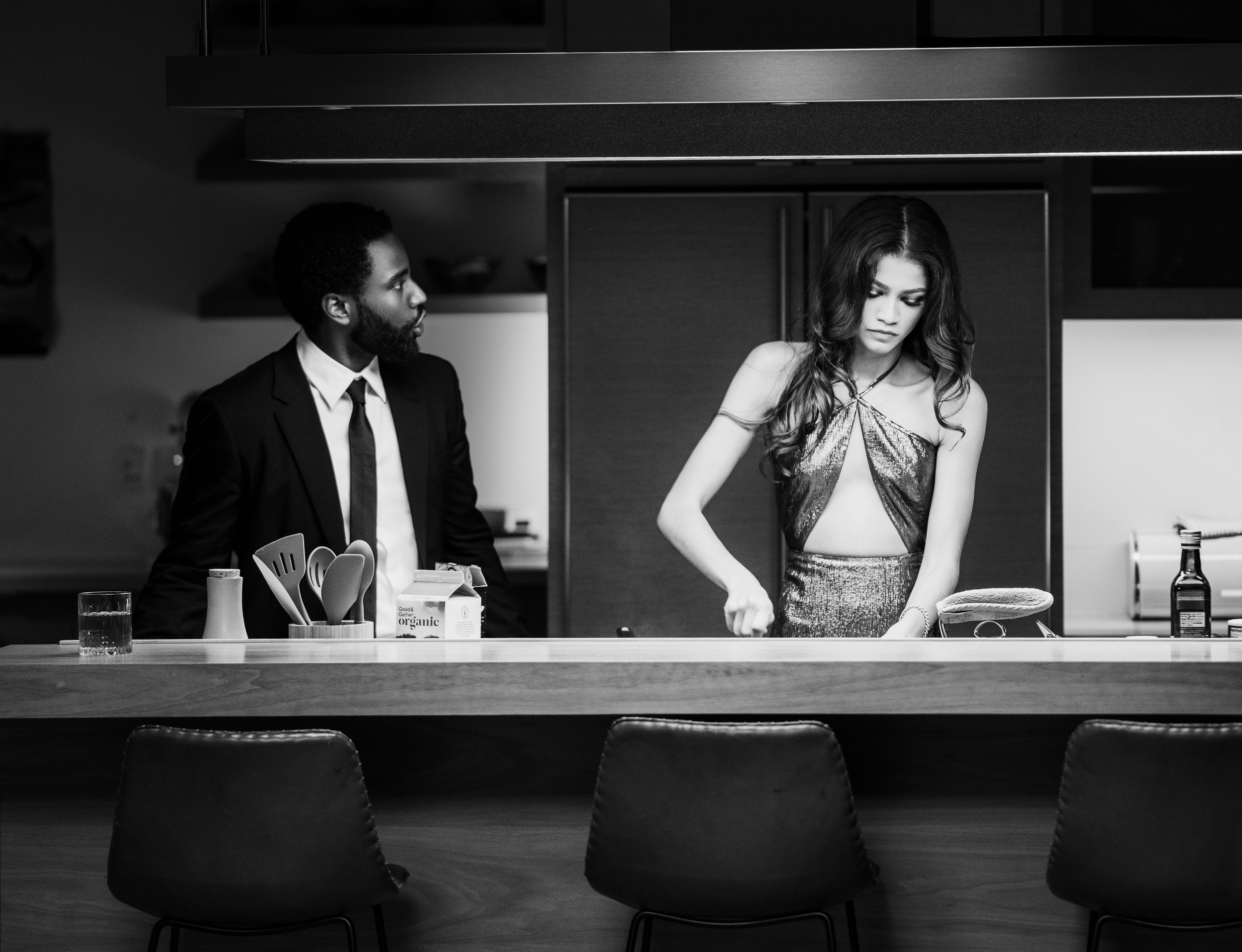 Malcolm & Marie is a really good short that keeps going for another hour and twenty minutes. The artistic endeavor, the result of Covid-era boredom and big Hollywood money, is indulgent and claustrophobic. The first and last twenty minutes do hit as Zendaya gives us the best that she’s got. But is it worth the wait? The specter of the disease that’s shut down most of the world and keeps us apart looms, a ghost haunting the edges of our vision as we settle in for an extended domestic dispute laid out in black and white on 35mm film. It felt like hearing a listener letter on The Read and being a kid listening to my parents fighting throughout the house all night. If that sounds like a good time to you—and I say this with 0 judgment…mostly—then this is the nearly two-hour watch for you.

“Girl, Break up with Him”

“Break up with him.” I wanted to say after that first twenty minutes of fighting. Then they made up and fought again for the next hour-plus of the film’s run-time. Is Malcolm & Marie bad? No. Is it good? Sometimes. Is it too long? Absolutely. It’s a passion project on a big budget and distributed by a major streaming service. It’s you plus your mans and nem getting together to make a movie except all of y’all are celebrities with beaucoup bucks. And, instead of slanging the Venmo link to your project, Netflix is shooting it to its 182 million subscribers.

The film has that experimental, gritty freedom of a student-produced showcase. It’s clear that the folks steering this ship were only beholden to themselves. Writer and director Sam Levinson wrote the screenplay in six days, basing it on a situation he experienced with his real-life wife and co-producer Ashley Levinson. The film’s stars Zendaya and John David Washington also co-produced, though only Zendaya was involved in the development of the story and script. On a meta-level, it’s very refreshing to see this kind of creative freedom without an overabundance of stilted studio input. On a basic viewer enjoyment level, this wasn’t the movie for me.

Emoting in the Background

Zendaya brings her best acting to this movie, silently suffering in the background, foreground, in the other room, in silhouette, and out of focus while Washington storms, shouts, and tantrums through the beautiful home in the hills they used as a set. Malcolm gets the most lines and the most focus as he unleashes his worst and most cruel on Marie—who was absolutely in the right, don’t @ me—in their night-long argument. Honestly, what Zendaya does with the material she’s given makes me wonder if I would’ve been more along for the ride if she’d been the one allowed to expand and explode all over this fictional relationship.

If you enjoyed A Marriage Story, this might be the movie for you. If the thought of the invisible labor of the wives, girlfriends, and partners of “brilliant” male artists makes you want to commit arson, this one might be difficult to make it through.

6 Unbaked Macaronis in a Pot out of 10

Want to find other movie reviews? Find BNP’s other reviews of the series here.