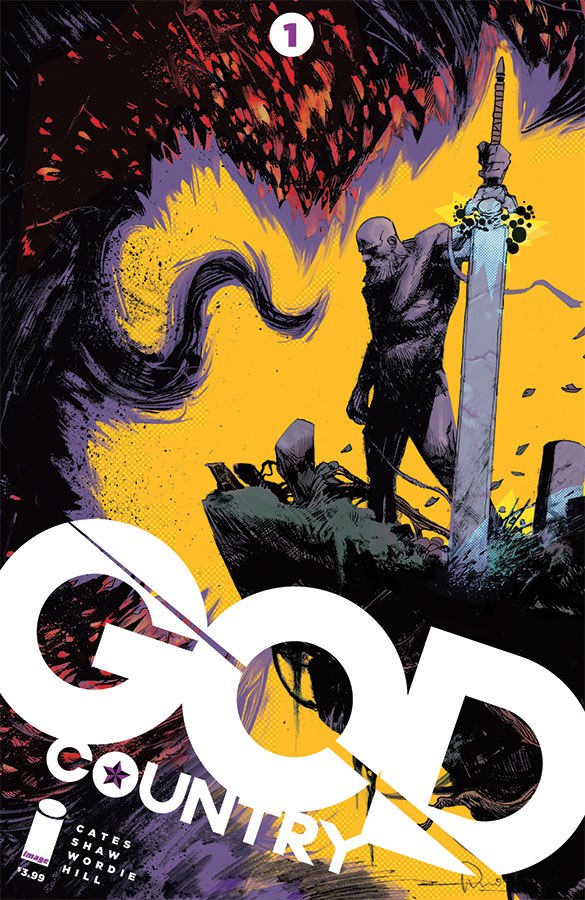 You can always count on Image Comics to provide you a series with that true grit in their fiction. We got it jumping off the strength with this series God Country. Donny Cates and Geoff Shaw tell us the story of Emmet Quinlan: we’re first introduced to Emmet from the perspective of his son, Roy, talking with the local sheriff about having found Emmet out by highway wandering around again. Emmet got a pair of hands on him as he took out some officers trying to help him, which lets us know he got some Fight Club-level abilities. 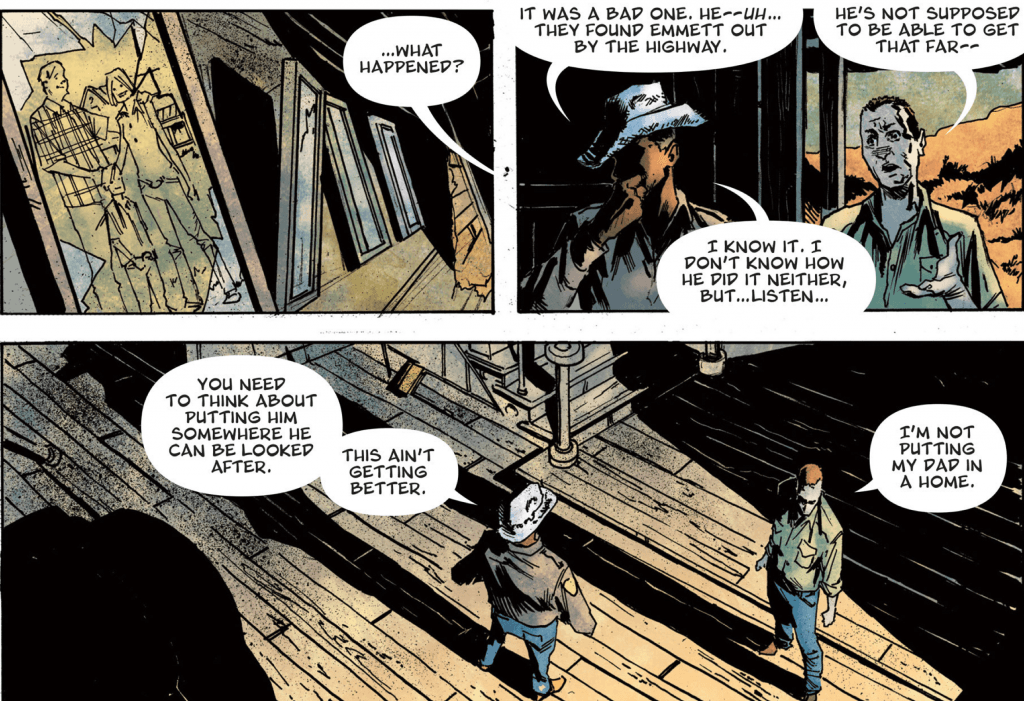 Emmet suffers from Alzheimer’s and it has only gotten worse since the death of his wife, who was the person who could calm him down easily. We see just how bad Emmet’s condition has gotten as he threatens friends and family, thinking they’re intruders. We’re thrust into Roy’s wife being upset at their life being geared toward Emmet, who she only sees as an angry, hateful man. That’s some hard shit to deal with. Roy is torn, and when it couldn’t get any worse a tornado (because we down in Texas) shows its ass bringing a large scale demon into town. The demon isn’t even alone, as a fucking 12-foot sword followed not far behind. We come to find out that Emmet is really ’bout that Fight Night life foreshadowed earlier.

Now this does occur rather fast in the story and Roy best represents the reader’s reaction of “what the duck is going on here?” as we discover what the sword does to clear Emmet’s condition. A huge sell on the suspension of disbelief of this story is the artwork for the characters and the mood (also the fact Donald Trump is president, so a huge demon showing up in Texas sounds like 5:50pm on a typical Thursday).

When we first see Emmet and what his state is compared to the end of the issue, it distinctly looks like two different characters. I’m also a big fan of gritty and grimy-looking ass characters and Shaw does that shit in spades. Wordie’s coloring fleshes out a lot of personality in not only these characters but the scenery as well. The background scenery is really another narrator for God Country as it changes its mood from dreary to hopeful as the story progresses.

Hopefully Emmet’s condition will be a recurring issue through out this series. This take on Emmet covers new ground as a spin on the hero’s journey, as well as highlighting how Alzheimer’s affects not only the character but those around him.