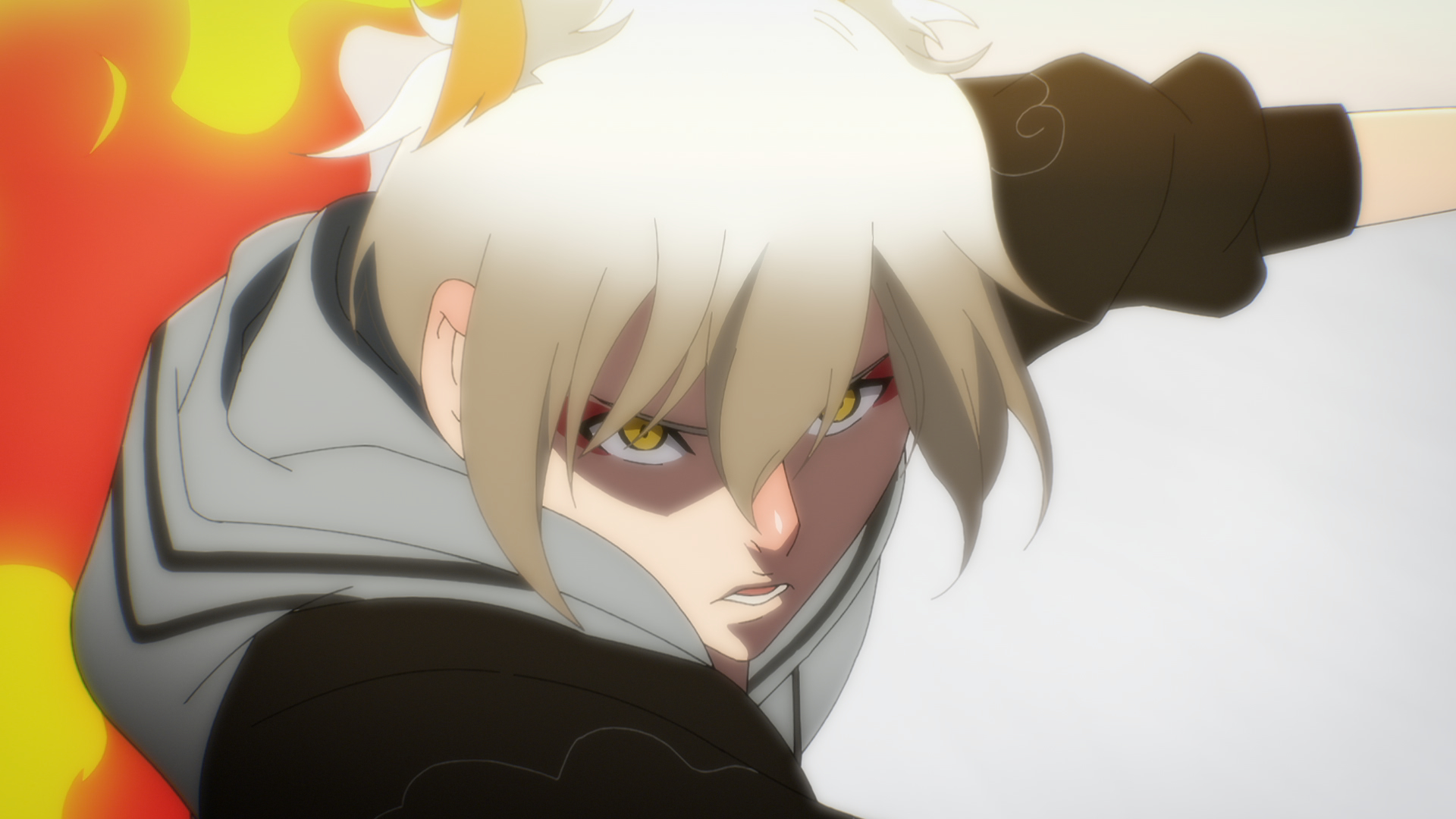 You know when you have to put your fork down in the middle of a meal because it’s too dam good to not pause and savor it? That’s what went down in the middle of this episode. After the 9-Tailed beast history lesson, Park Ilpyo’s Charyeok flex and Jin Mori’s explosion of power, I had to take a step back and soak it all in. This episode encompassed so many great elements that we’ve grown to love about God of High School. The fight scenes were superb, the visuals were upper echelon, and the anime savagery was grin inducing.

Let me just say that every time God of High School decides to switch up the animation flow, everybody wins! I was so pleasantly surprised to see that lay/key blesses fans with a dope new variation of what we already bangs with. The black and white color scheme we’ve been accustomed to is touched up with a hint of fiery red and this tale of East Asian mythology comes to life in all its vibrant glory.

While I love everything about first gen Pokemon, I had no clue the Nine Tails lore was so dope…and so deep! After a thousand years of training, the fox spirit gained immense power and was bestowed with the title of guardian of the God who ruled heaven. First off, that’s one hell of an intro. 1,000 years of training?! This is clearly One Punch Man’s spirit animal. Anywayssss, my spirit and dem was such a monster at protecting heaven, that God himself was jealous of the homie’s power and ordered the execution of the Nine-Tailed spirit.

Of course the Fox hit God with the okie doke, destroyed half of heaven, fell to Earth and went into a deep slumber after swearing revenge on that soft-ass, shook God.

Back at the tournament, Mori defies the odds and holds his own against the Nine-Tailed powered Ilpyo! Meanwhile everybody in the city is trembling with disbelief that something so powerful just emerged. Shark Tooth Jegal Taek is all bent out of shape with his Charyeok reacting to the energy pulsating out of the Nine-Tailed spirit. Park Mujin is wild hype the key just appeared and so is Sang Mandeok. Omega Nox flung one of Mujin’s homies at the wall and skated out of there.

Mori’s determination and refusal to lose was on full display during the 2nd half of this fight, but unfortunately for him, every impressive new step taken by Mori was followed by Ilpyo showing him they were still leagues apart.

I genuinely thought it was a wrap for our boy, but as soon as Ilpyo whipped out that direwolf flamethrower move, Mori pushes past his limits and goes lightweight Super Saiyan on that boy. Unleashing a power no one could describe. Homie turned the whole area grey. Thinking he had achieved unfuckwittable status, Ilpyo stares in amazement and asks “What ARE you?”

Night parade of 100 demons was one of the dopest attacks we’ve seen in this show..and it was also the last straw. It was time for Jin Mori to put the kids to bed and he extinguished all the direwolf flames, sent the homie into the stratosphere with Storm white eyes of unconsciousness only to be E. Honda hand slapped back to Earth with the force of a thousand charging rhino!

Sidebar: Love the moment when Mori realizes that Charyeok is more about fighting with your own mind and body…with added power, not just taking power from Gods like a scrub. Also, love that Mori really didn’t even know what happened or how he pulled that W off. Kinda sad seeing Ilpyo not know if he had won or lost that fight.

The highlight of episode 10 was hands down the arrival of the former SIX member Seo Hallyang, with his drum circle gang gang gang. Put a smile on my face to see him and his crew still turnt off the victory they just got.

It’s not easy to do, but I think God of High School did a good job of creating a parallel of Park Seungah and Yoo Mira with the former scolding our 2 grown ass tiger and fox cubs. They didn’t portray them as the overly responsible girls of the group but as focused beasts in their own right that help to keep their teammates heads in the game, and I appreciate that.

As this one wrapped up, we saw the outcome of the waves of energy from Mori’s charyeok manifestation and now Jeon Jugok on some chimera demon Attack on Titan shit. Dude was absorbing mufuckas and hunting down Ilpyo talkin bout making Grandpa proud. Super surprisingly, Jegal Taek winds up being the hero as he tells this thing “Hands off my prey”.

While he ultimately succeeds in being the hero who stops Jeon Jugok’s rampage, history repeats itself and he takes another of Ilpyo’s teammates’ legs. Oh and a 2nd teammates’ arm, nbd. The rivalry between these two just took an entirely new and maddening turn.

God of High School is operating on another level right now! The ‘key’ has been revealed, something seemingly more powerful than the key has emerged, Nox is descending and the tournament has been called off. These last 2 episodes are about to be a wild ride!