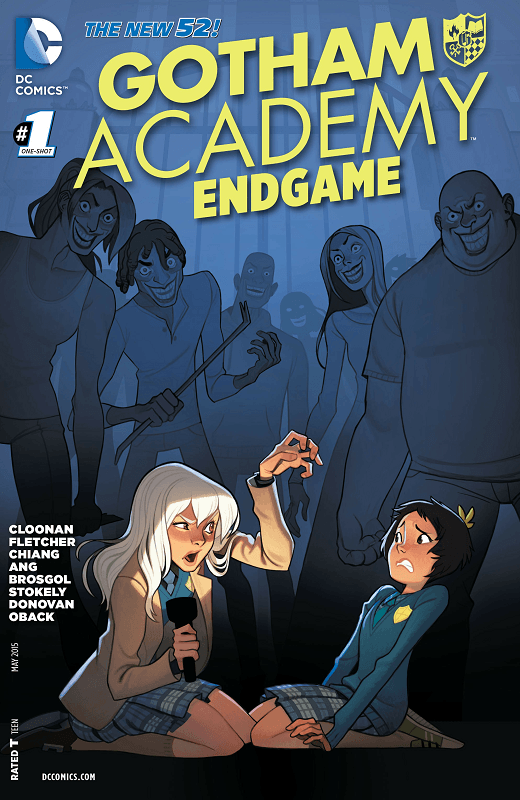 With the conclusion of Batman’s Endgame comes a series of one-shot comics, including Batgirl, Arkham Manor, Detective Comics, and our crowd-favorite Gotham Academy, showing the ripple effects of the Joker across Gotham City. As refuge during a city-wide blackout, students of the Academy’s campus were collected together for safe keeping inside the school auditorium, with Olive, Maps, and Pomeline sharing a tent. That’s right, it’s an indoor campout. You know what that means? It’s time for some ghost stories.

The issue is made up of 3 stories told by Olive, Pomeline, and Ms. Macpherson that capture the charm of being in high school coupled with the mysticism of being that high schooler in a place like Gotham City. The stories were entertaining, but what was more fun were Maps’ reactions to them, complete with the unabashed excitement we’ve come to know and love. If you asked her she’d tell you they were the greatest stories ever told. 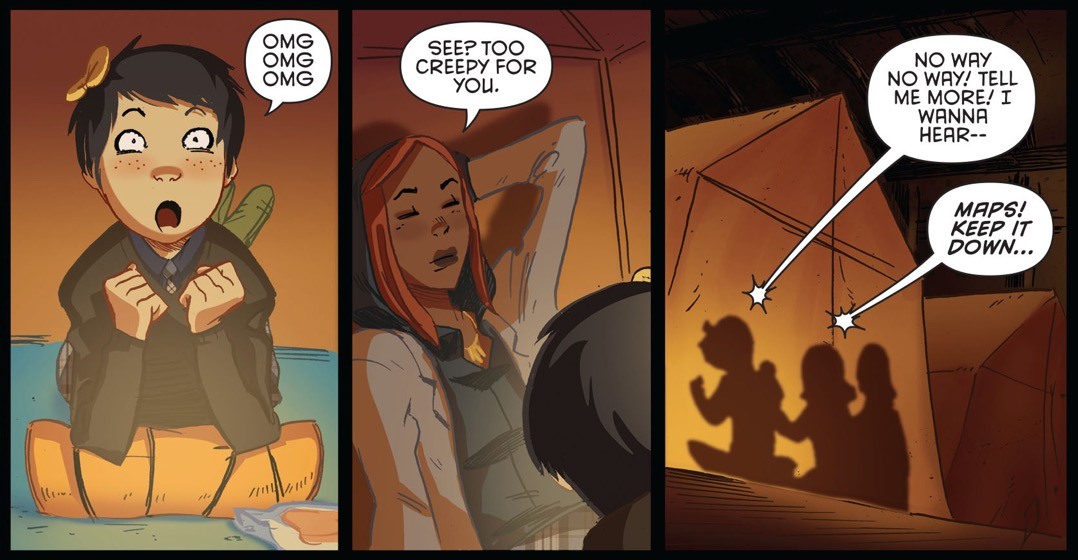 In the larger scheme of things, this one-shot can’t live up to the caliber we expect from Gotham Academy, but instead is a good reminder of how much we’ve come to like the characters. The plot didn’t matter and the stories didn’t need to be amazing because you’re happy just hanging with the gang in a lock-in. Younger readers will likely enjoy the ghost stories even more, making it another great issue for a kid’s introduction into comics as well.

Overall, the one-shot was worth the read and makes a great entryway to the gang of Gotham Academy. There’s also some fun insight into one of the more peripheral characters of the series. Looking forward to getting back to the regularly scheduled adventure.