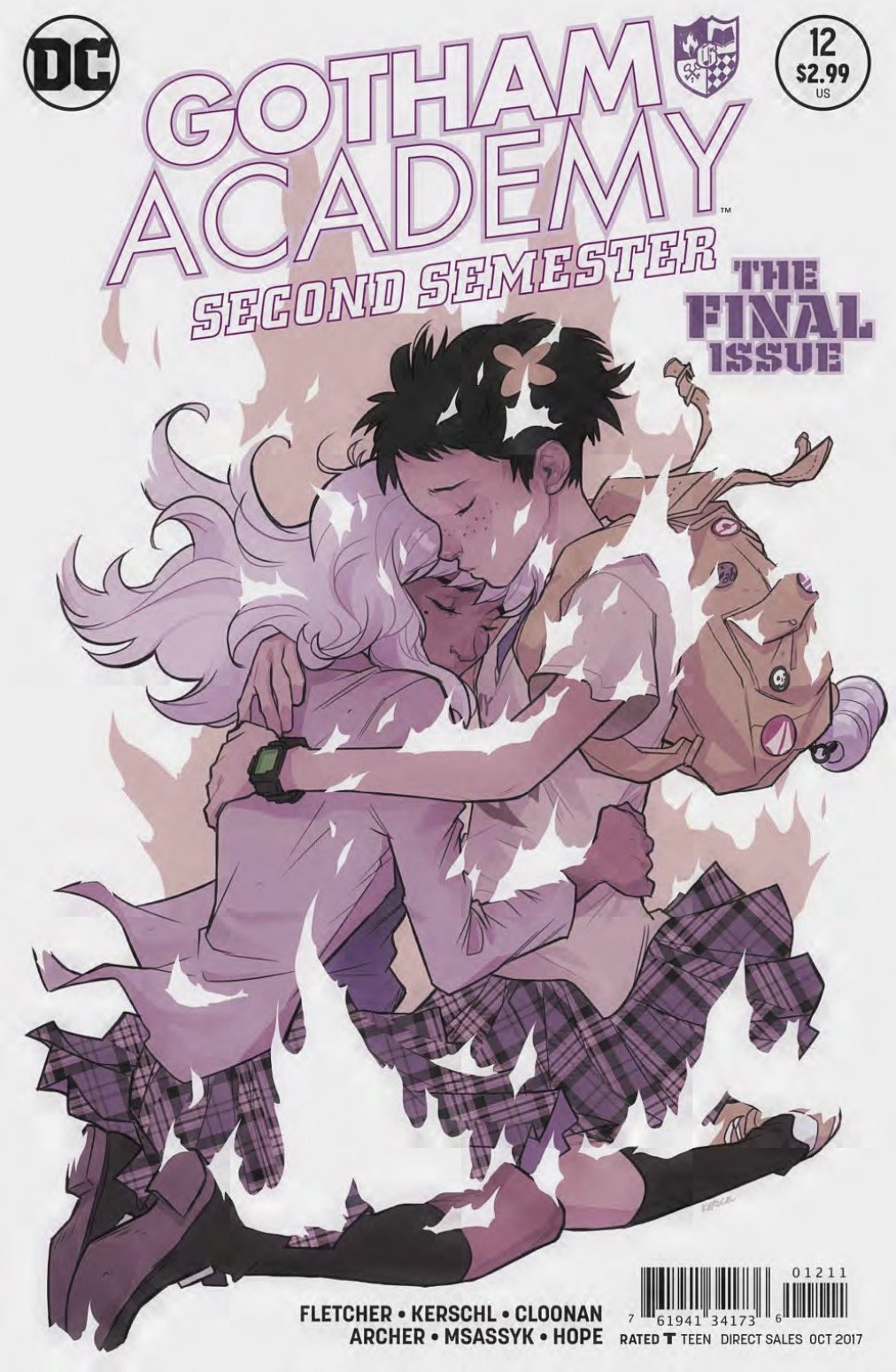 It’s been a ride with these Academy students, from Gotham Academy’s start 3 years ago – yeah, it’s been that long now – to where we are as the series ends. We pick up with Olive, after having lost her mind and scorching the earth of Gotham under Amity’s influence, is having a mental battle with her own personality and the vengeful one that haunts her. The theme here is acceptance, where rational Olive believes she has friends who will love and accept her, Amity believes Gotham can never change its judgmental, unaccepting ways and should be cleansed with fire so at least fulfill her revenge. Olive’s present is juxtaposed against Amity’s past in a cool way, and not enough credit can be given to Archer and MSASSYK for how they picked up the reigns from Kerschl with barely a ripple in the water. And in the middle are Olive’s friends – clever and loyal – the source of Olive’s redemption. 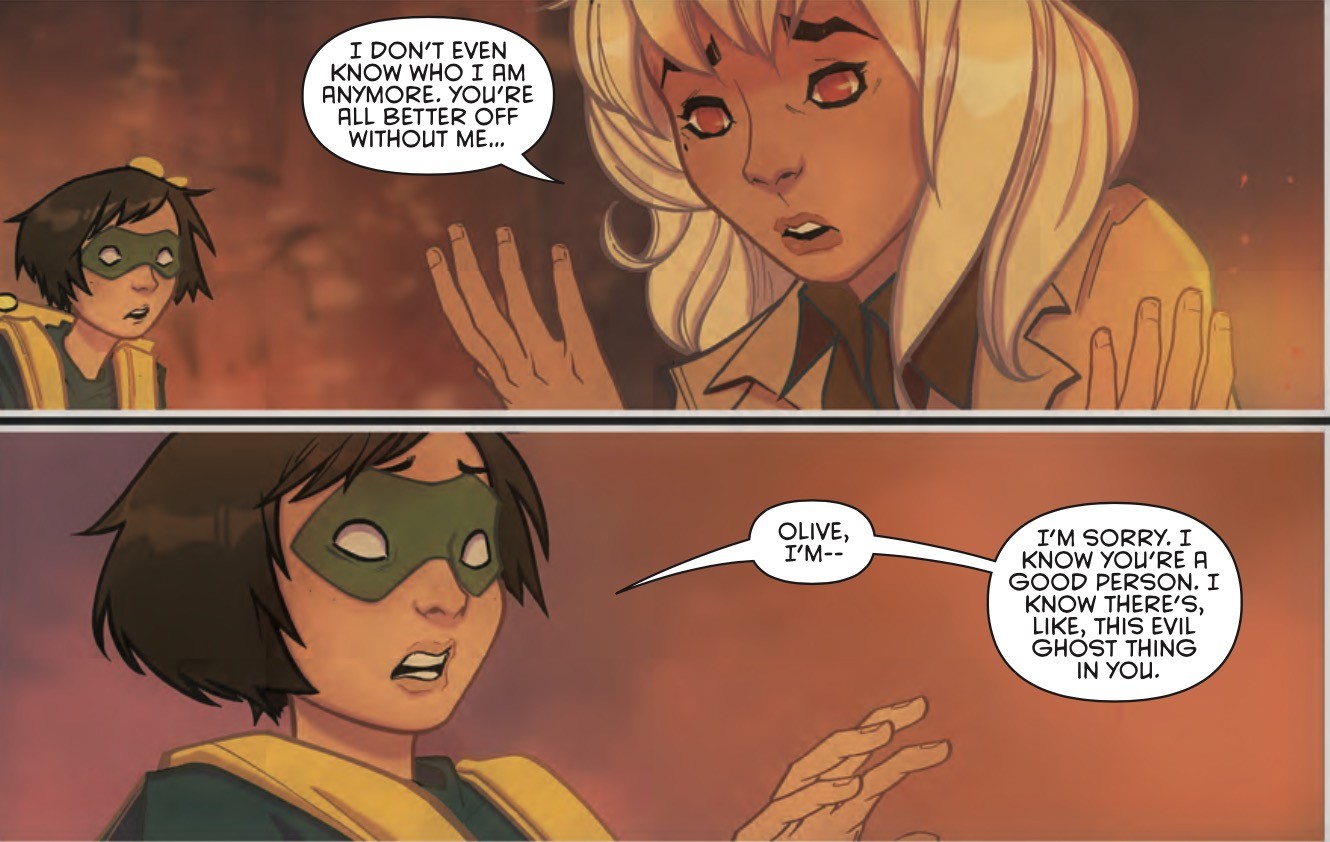 The series feels like it wrapped up suddenly somehow, despite several issues of this arc leading up to its conclusion. Perhaps no pacing would feel right in a series you want to continue a little longer, especially in a series like Gotham Academy that places so many hidden seeds throughout its plotlines that you never feel comfortable believing they are all resolved. That much is true, the feeling that certain relationships and plotlines are left under-explored, including the ones involved in the climax itself like the Shark, Fox, and Raven. Regardless of the fast resolution, this series ended where it was meant to end and exactly how it began – with friendship, and learning to rely on the tribe you built around you.

Overall, Gotham Academy has been a fun series and a welcome distinction from the rest of the DC universe. Sad to see it go, but it ends with the door cracked open for its inevitable return. “The End… for now.” Until that return, you can happily read anything from members of this creative team — Fletcher, Cloonan Kerschl, Archer, MSASSYK — with the confidence of great things to come.