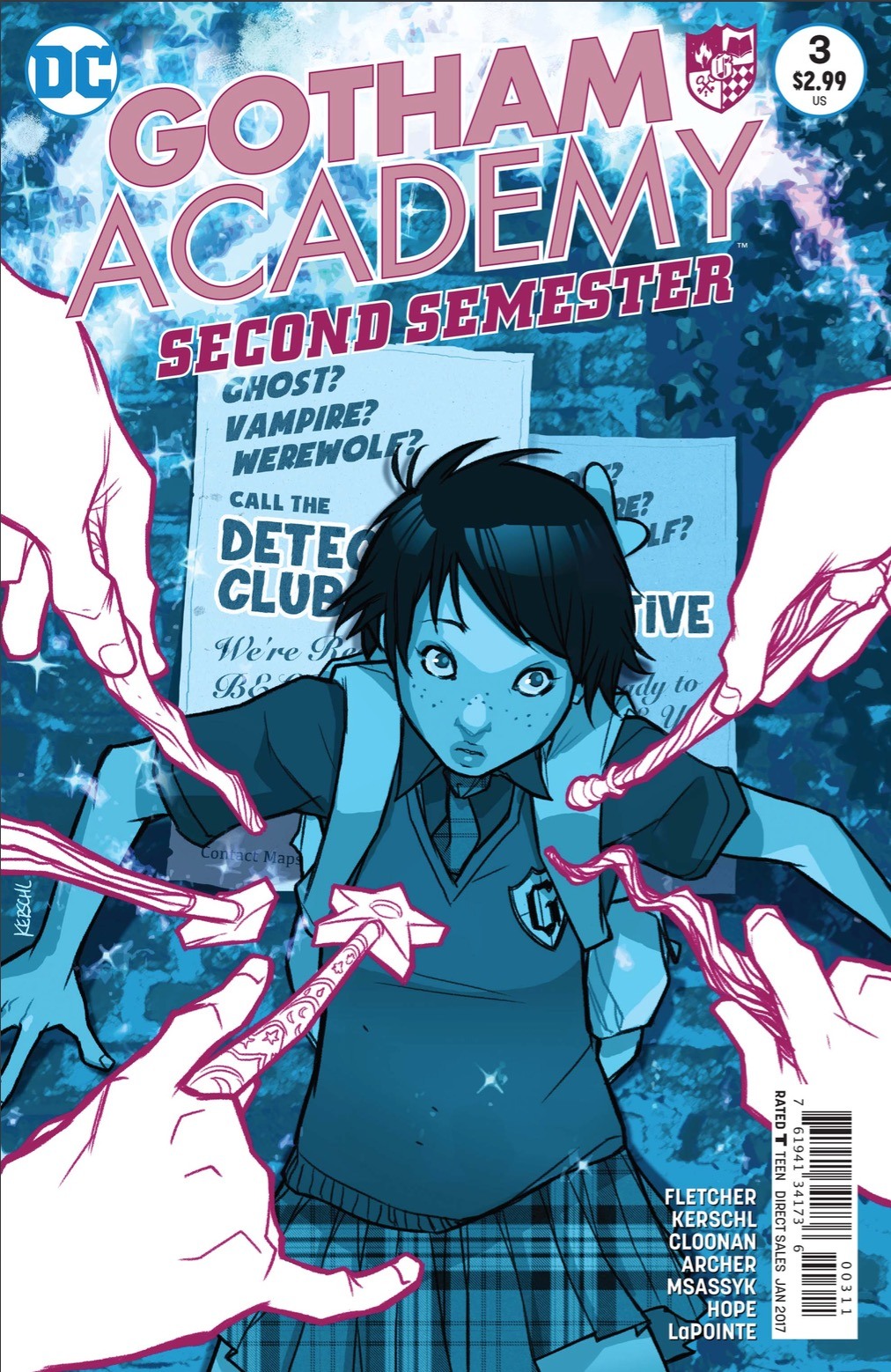 What’s been clear about Gotham Academy since the beginning is that it’s written by a group of great storytellers. They consistently write in droplets of information that are cleverly deliberate while seeming so minor, both within each issue and over the course of a story arc, and it makes for a great payoff for readers who pay close attention to the posters on the wall, scribbles in a book, or a comment made seemingly in passing. In that way, reading Gotham Academy is to feel part of the Detective Club yourself as you follow their story, predicting who’s who and what’s what because you know the clues are there. 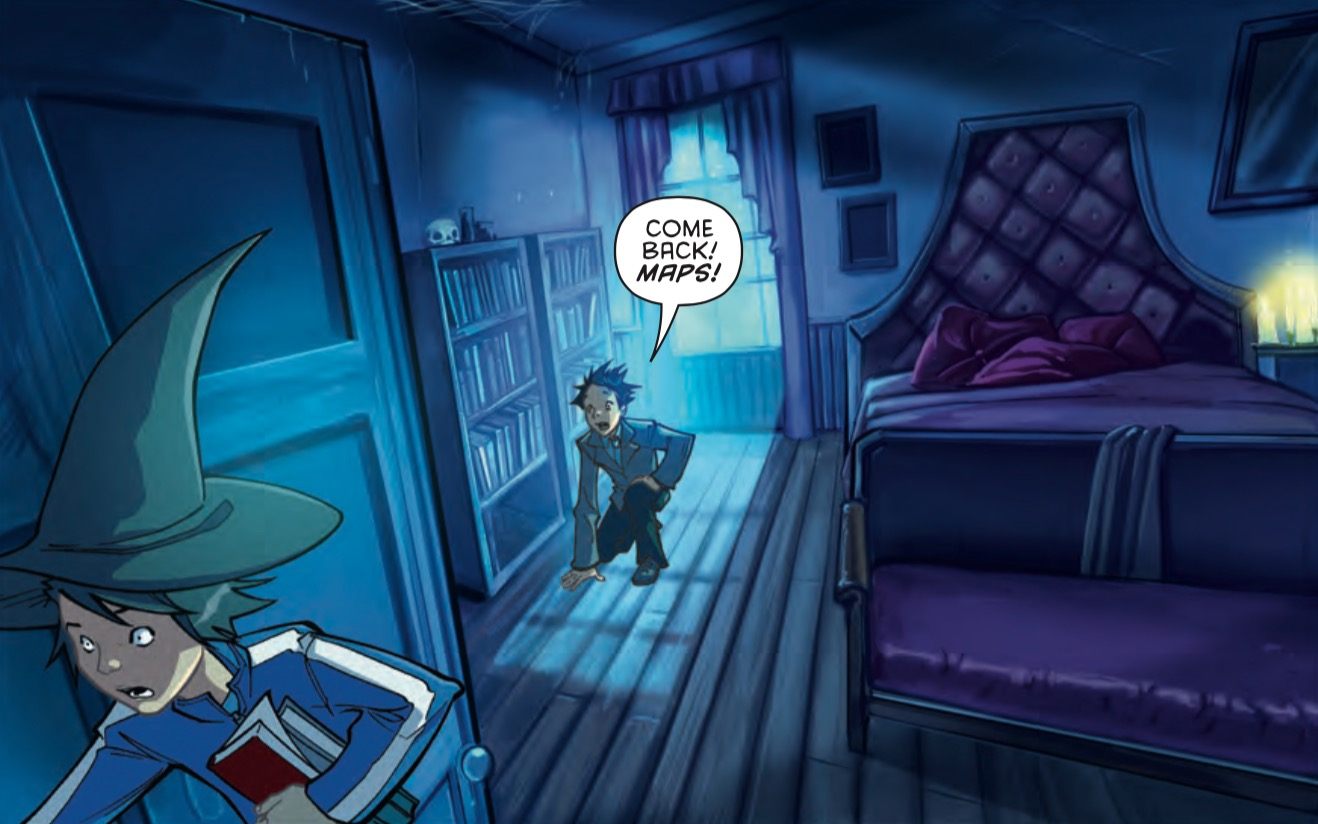 “Second Semester: Part 3” picks up with Maps missing and brainwashed, with the rest of the club responsible for her rescue. Maps-centered issues are typically the funniest issues, for obvious reason, but since this one focuses on Maps’ rescue instead of her out there being great herself, the issue almost suffered from her effective lack of presence. I say “almost” because while Maps was too brainwashed to get deez jokes off, there was a significant supporting character development that more than compensated in pulling your attention, along with the expedited plot of squaring off against the leader of the mysterious witch club. This story plot, as it turned out, was short and more useful for setting the stage for character dynamics than building a grand mystery. And there are quite a few character dynamics at play now, building Gotham Academy’s cast to be strong enough to make the book as character driven as it is plot driven.

Overall, this issue is without even needing a major event or serious climax; it’s Gotham Academy’s baseline, which is structurally sound, entertaining, lighthearted storytelling. The use of fishbowl Katherine was clever and funny (poor Katherine, Gotham Academy’s Toby), a short-term mystery was solved, and it all segues nicely into what will be the next adventure. Keep reading.