[divider type=”space_thin”]
Disney, knowing that we need all the goddamn happy thoughts we can get right now, finally dropped the full Beauty and the Beast trailer. Y’all was ready too, knocking Star Wars: The Force Awakens off its most-viewed trailer throne. Never underestimate the Disney Golden Age fandom. We ride hard.

We get glimpses of not a live-action remake, but a remix. Starting with the new studio into sequence that slides into that unforgettable piano walk that tells you just what’s about to go down. An eleven-year old brat finna play himself in front of the wrong lady, a pretty bibliophile stuck in rural purgatory finna become her daddy’s collateral, and y’all better be ready for this tale as old as time. Most of the shots in this movie are lifted shot for shot and line for line from the original. Belle seems to get a few more costume changes (never a bad thing) and Maurice’s trespassing (which it barely is in the original because Lumière and Cogsworth kinda invite him in) is discovered in Beast’s garden when he plucks a rose, a nod to the original fairytale. We don’t get a taste of any music so all songs may be relegated to background music. How do y’all feel about that? I’m on the fence. 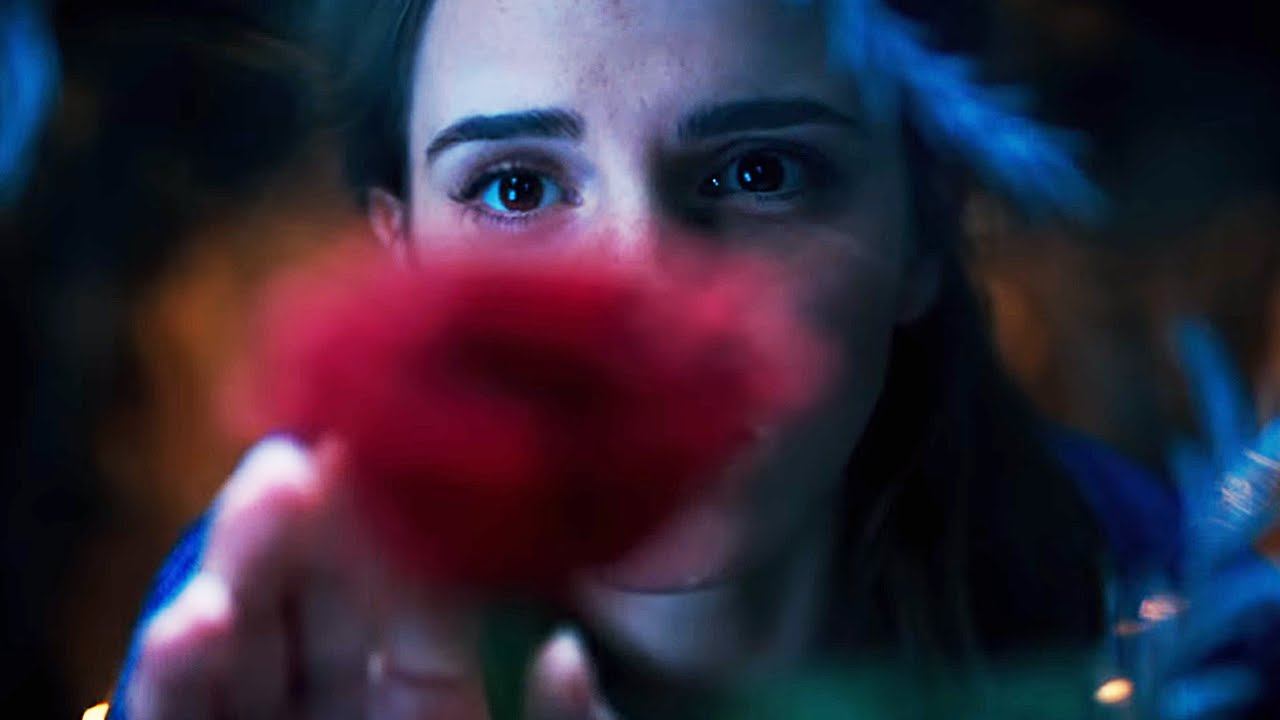 The second-best Hermione Granger (top spot goes to Noma Dumezweni. Yeah, I’m biased, IDC.) dons the iconic blue dress to run around the French countryside being British and pull herself a prince and a big ass library. Dan Stevens looks more Pan’s Labyrinth Faun than the lion + bear + bison + deer + gorilla + boar + wolf hybrid of the original 1991 movie. We get the barest glimpses of Kevin Kline’s Maurice and Luke Evans’ Gaston plus a peek at Josh Gad’s LeFou. The castle cookware and decor crew somehow looks more and less human and totally expressionless. They’re really skirting the uncanny valley with this one.

[divider type=”space_thin”]
Ewan McGregor does a weird French accent as Lumière that I’m not exactly here for and Emma Thompson seems to be doing an Angela Lansbury impression as everyone’s favorite single mother Mrs. Potts that also has me confused (Why, Emma? We love you). Ian McKellen gives a crotchety Cogsworth and Gugu Mbatha-Raw says nothing as a feather duster they tried to make look like it wasn’t a feather duster. Okay, Disney. And don’t think I didn’t notice y’all made Phillipe white. We can’t even get a brown horse, doe?

Apparently Audra “the GOAT other GOATs aspire to be” MacDonald and Stanley “I slay every role” Tucci are in this too. If you know who Cadenza is, tell me, because I don’t remember him from the original movie, the musical, Sing Me a Story with Belle, The Enchanted Christmas, Belle’s Magical World, or Belle’s Tales of Friendship. Audra, gurl collect your check.

I know some of y’all already cleared your schedules for March 17th. If Black folk and women are still allowed to go to the movies by then, I’ll see y’all there. #TaleAsOldAsTime2k17