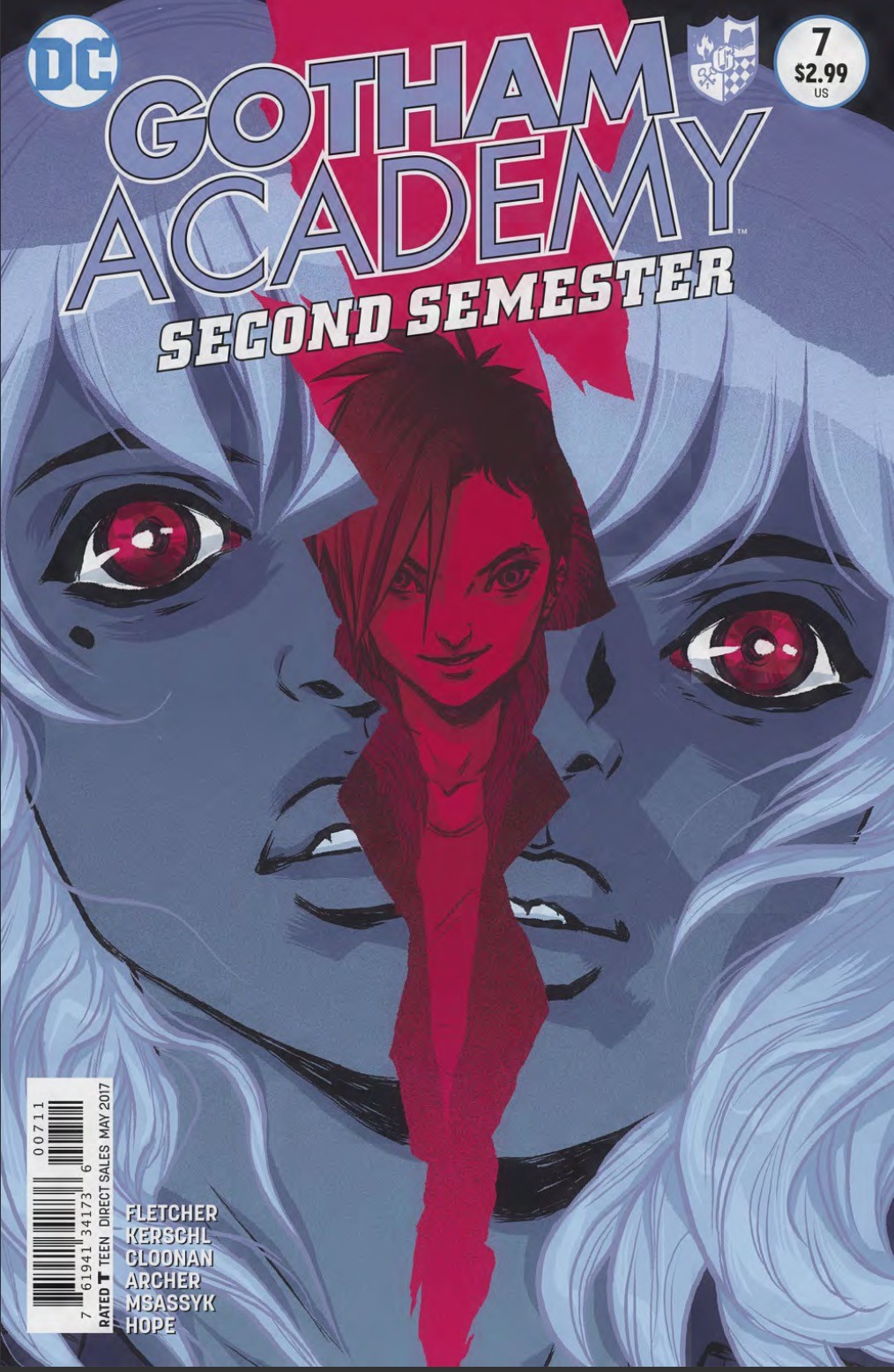 Gotham Academy Second Semester has been walking a narrow tightrope: to lean balance in one direction would be short plots, sometimes one-shot style, that are sooner gratifying than the alternative, which is to lean in the other direction with layers of mystery that make Gotham Academy and the Detective Club what they are. We have seen the risks and rewards to both, and this latest arc has edged towards being slow almost to the point of frustration in developing its overarching story, but the series finds its balance here in Gotham Academy Second Semester #7 through Olive Silverlock.

Moving Olive’s story forward buys some goodwill for Pomeline’s side mission, Colton’s somewhat forgotten expulsion trial, and the relative absence of Maps-centered comedy. The series’ wide cast of personalities will always be its asset and its challenge, having many toys to play with but having to divide panel space to play with them all, and these last two issues have been the closest Second Semester has gotten to striking that balance as well as their first year. It’s a happy problem to have really, to be compared to yourself; the high standard of the series’ first year is where Gotham Academy’s expectations generally live.

Given the high expectations, artwork by Adam Archer and MSASSYK are probably the most underappreciated part of the series with such consistently great panel layouts and colors that they begin to be taken for granted a bit. Their work makes this series is fun to read and helps set the tone reminiscent of Batman: The Animated Series, both serious and fun.

Overall, this is the best Second Semester has been, and the trajectory is pointed up from here. Olive catching bodies is my favorite Olive there is.