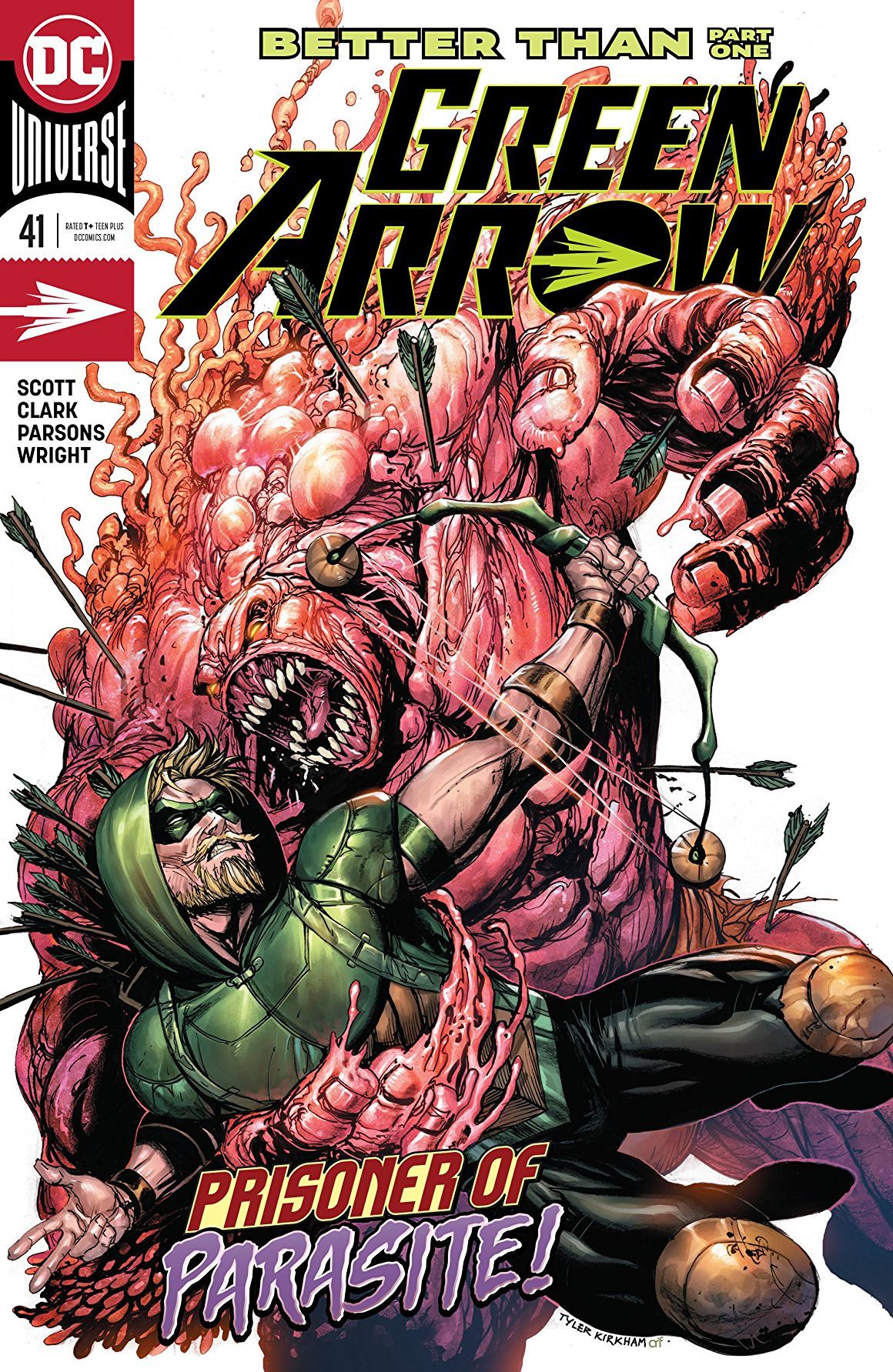 If there is one thing that anime and comic books share – and it’s something I dread more than anything – it’s filler season. We’ve reached that point yet again in Green Arrow. Ben Percy’s great run cemented Green Arrow’s return to form. In between the change up to the new female-led creative team of Shawna Benson and Julie Benson, we get the comic equivalent of a filler arc. 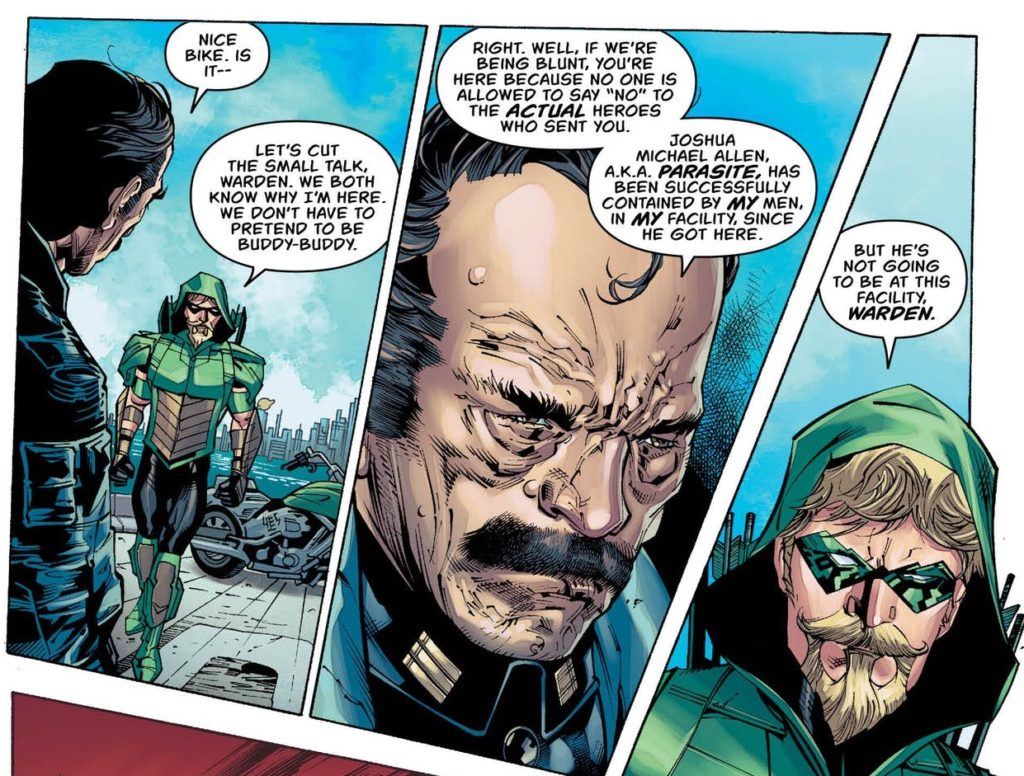 That’s not to say the first part of Scott and Clark’s “Better Than” arc is completely bad, it’s just very by the numbers. The Justice League has tasked our resident Green Archer with escorting the supervillain Parasite to his trial without any issues. Apparently, Oliver is not the right man for the job because after giving the Warden some back talk everything goes to shit literally within five seconds of Parasite being in his care. I mean, c’mon my guy, they gave you one job. It doesn’t do much for your rep as “Not a Real Superhero” if you can’t keep one villain in check.

Anyway, this leads to a prison lockdown which for some reason is my favorite kind over Green Arrow story. Too bad it’s wasted on a short filler arc. While there are some fun moments and Ollie being stuck behind four walls with several super-powered criminals makes for great action, it’s almost over before it begins. This is one of those stories that would benefit more if it were stretched out and dire. Instead, everything feels too easy and less dangerous than it should be. 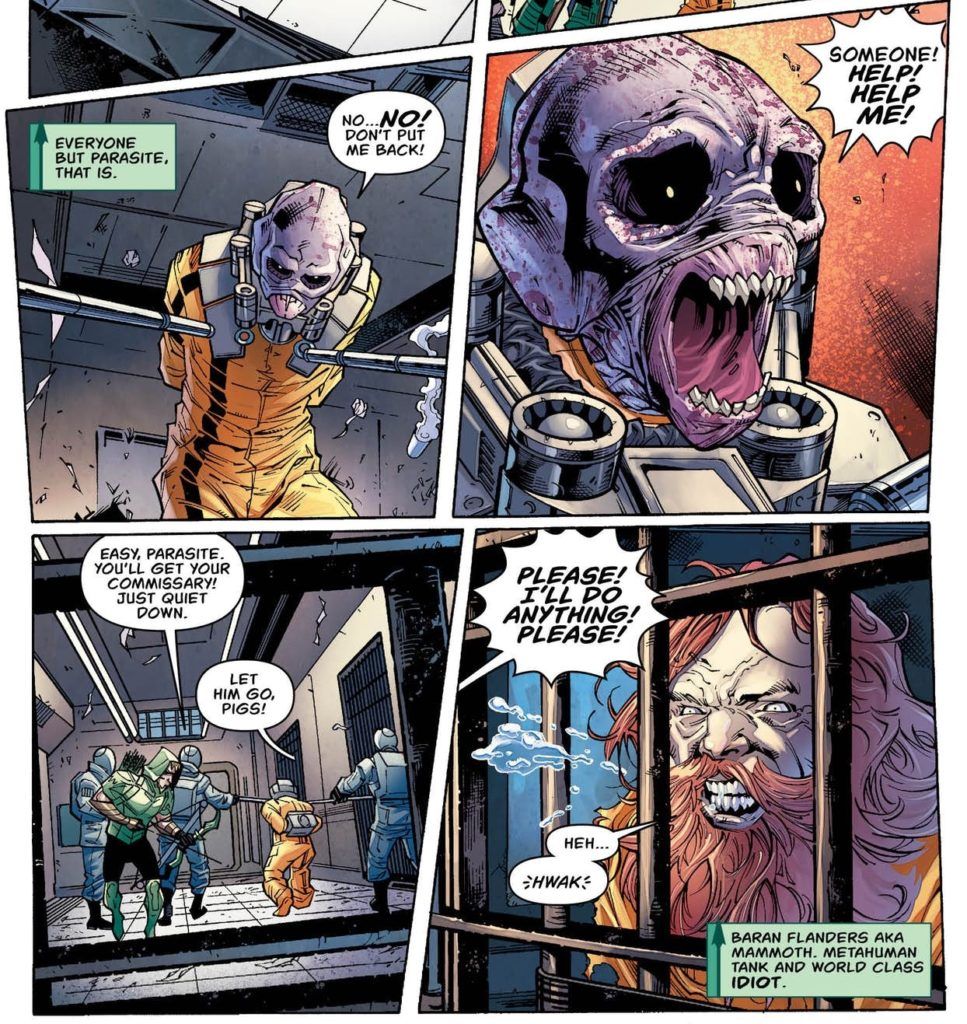 It’s hard for me to get behind a hero like Green Arrow being trapped in prison with powered people and all it takes is a bunch of trick arrows to dispatch them. There’s no sense of desperation, or feeling that he might not make it out of this. Like I said, by the numbers. Thankfully, Matt Clark’s gets to play with the different powered villains, trick arrows and a certain situation in a vent that’s pretty funny. His art is this issues saving grace from total mediocrity. Hopefully, next issue’s conclusion to this story offers more surprises than the beginning did.