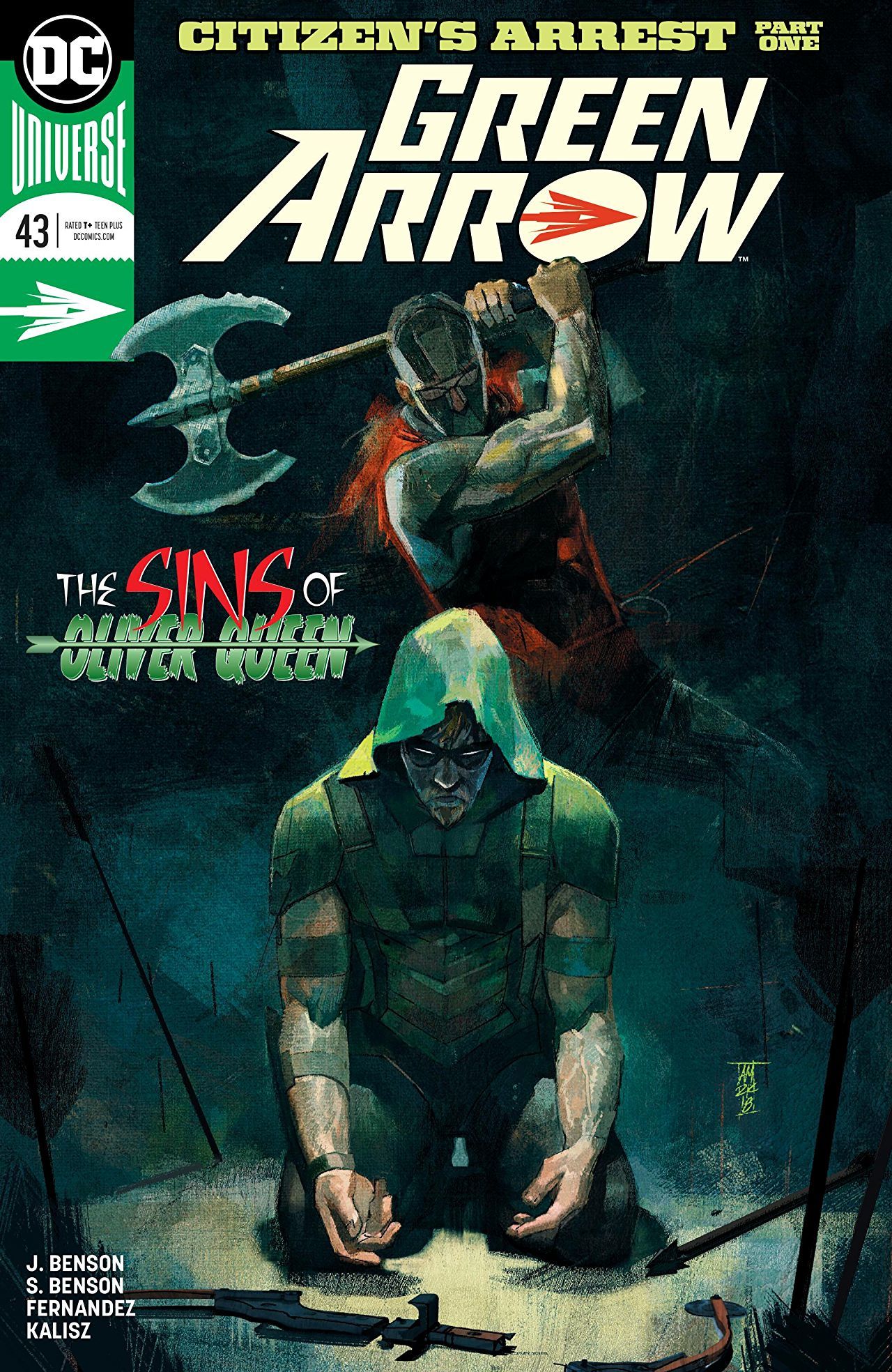 It’s good to feel like you’re on the right track. Issue #43 of Green Arrow marks the start of the new creative team of Julie and Shawna Benson, along with artist Javier Fernandez. The new team wins a lot of brownie points for keeping the same energy that Benjamin Percy brought to the series. With a new villain that challenges Oliver’s idea of what it means to be a social justice warrior, we are off to a good start.

Picking up this issue of Green Arrow, one thing that I immediately realized was how much I missed the ensemble cast. I appreciate the dynamic between Oliver and Dinah, as well as having Roy in the mix. Oliver works better when he’s surrounded by his family of sorts, who occasionally are the first ones to call him out on his bull. Also, the relationship between Oliver and Dinah is one of my favorite romances in DC and it’s good to see them together again. I do hope that Diggle and Emi eventually make a return as well. 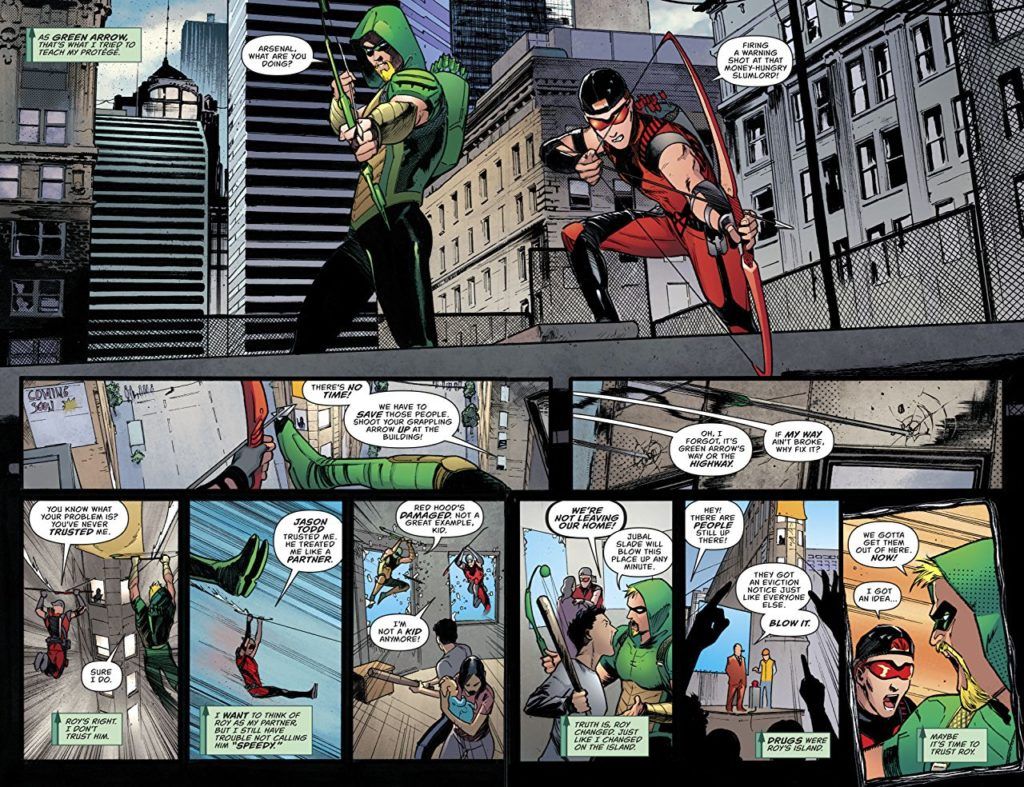 We also get to see the Bensons use this ensemble to their advantage for the story. If you’ve read DC’s recent Justice League No Justice miniseries, you’ll know that Martian Manhunter left the Green Arrow with the means to destroy the Justice League should they ever grow out of control. With that kind of responsibility on his shoulders, Oliver starts to think more about who he can trust with this secret should something ever happen to him.

Except, Oliver Queen is the flakiest man in the world, especially when it comes to others. As much as he preaches about not being able to trust the system or groups like the Justice League, you begin to wonder if he is even capable of trusting anyone. We see him start to take baby steps towards telling his friends the truth but sometimes you just wish that he would commit. 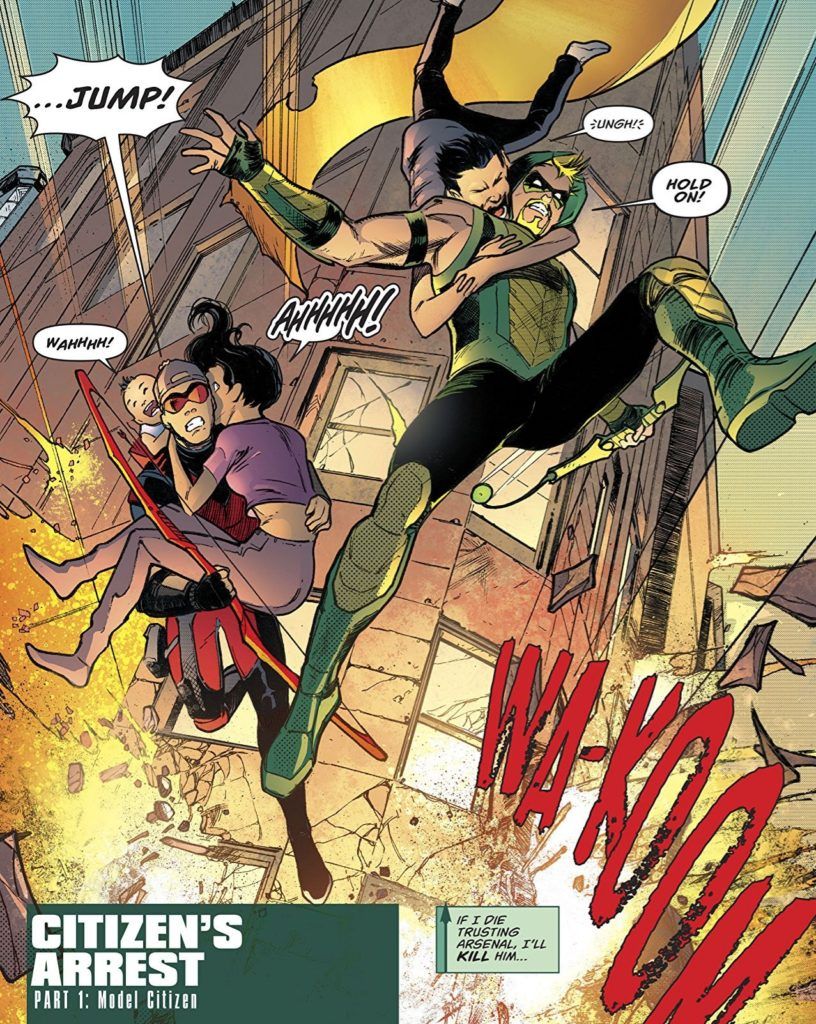 Other than me agonizing about Oliver Queen’s faults, we have a solid issue. Javier Fernandez has a nice, loose-but-expressive style to his artwork. He also does great shadow work that makes the book look dark and gritty when it needs to be. The Citizen is a little bit of an Anarchy knockoff, however, he’s still the kind of villain that matches the Green Arrow. They both have a similar goal just different ways of reaching it.