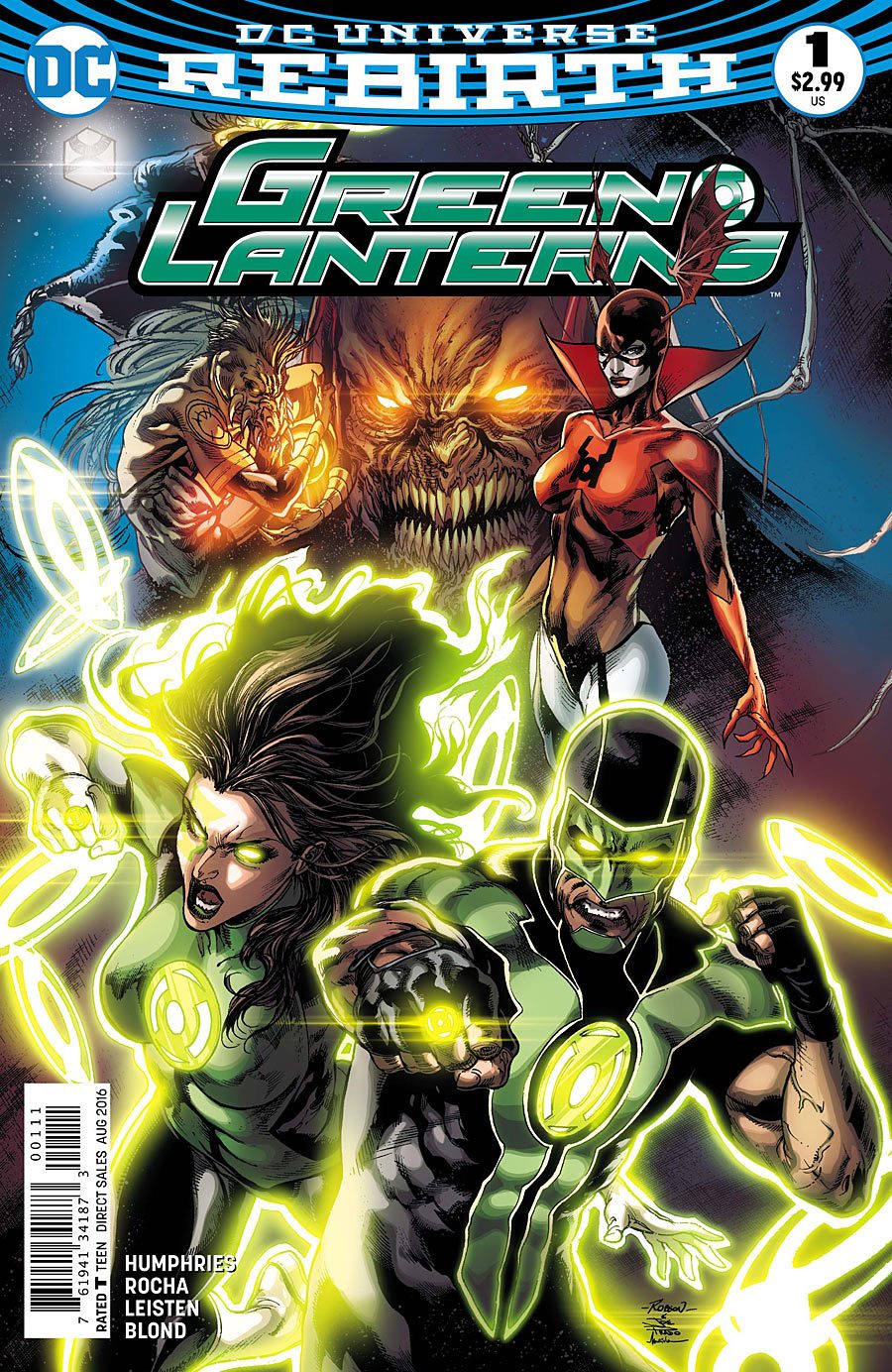 So, you may have noticed that we haven’t spent a lot of time covering Green Lantern here at Black Nerd Problems. There’s a good reason for that. Not long after Geoff Johns left behind a book that he changed for better and always, our Green Lantern man on the ground has a nasty breakup with the series and we found that bringing it up was too triggering. Well, we figured that DC’s not-really-a-reboot was a great time to rip the band-aid off and give it another try with Green Lanterns.

The first thing you need to understand is that if you came to this book looking for Hal Jordan, you came to the wrong place. As is usually the case with DC’s handling of one of its most legendary Impossible White Men, he has his own book while the others fend for themselves. And so we have a book just for Simon Baz and rookie ringslinger, Jessica Cruz. The uneasy partners investigate an alien murder on earth. The action is decent and the setup is solid, but the most intriguing character gets the short end of the spotlight. The character that, in theory, I’m supposed to be the most excited about having more room to stretch his legs (Baz) ends up just needlessly sucking up all the air in the panels. Granted, given recent events, there the potential for social commentary, but Sam Humphries’ script just didn’t get that lucky. Sticking with Simon’s whole “people treat me like a terrorist shit” thing feels like taking the easy route, ultimately selling the book short. Visually, Robson Rocha’s pencils are still finding their feet. The faces during the action beats suffer from a little too much sameness.

Bottom Line: It’s a valiant effort to give Sector 2814’s B squad some real screentime, but there really needs to be more right out the gate to make us care.

6.5 Ryan Reynolds #NeverForget Hashtags out of 10