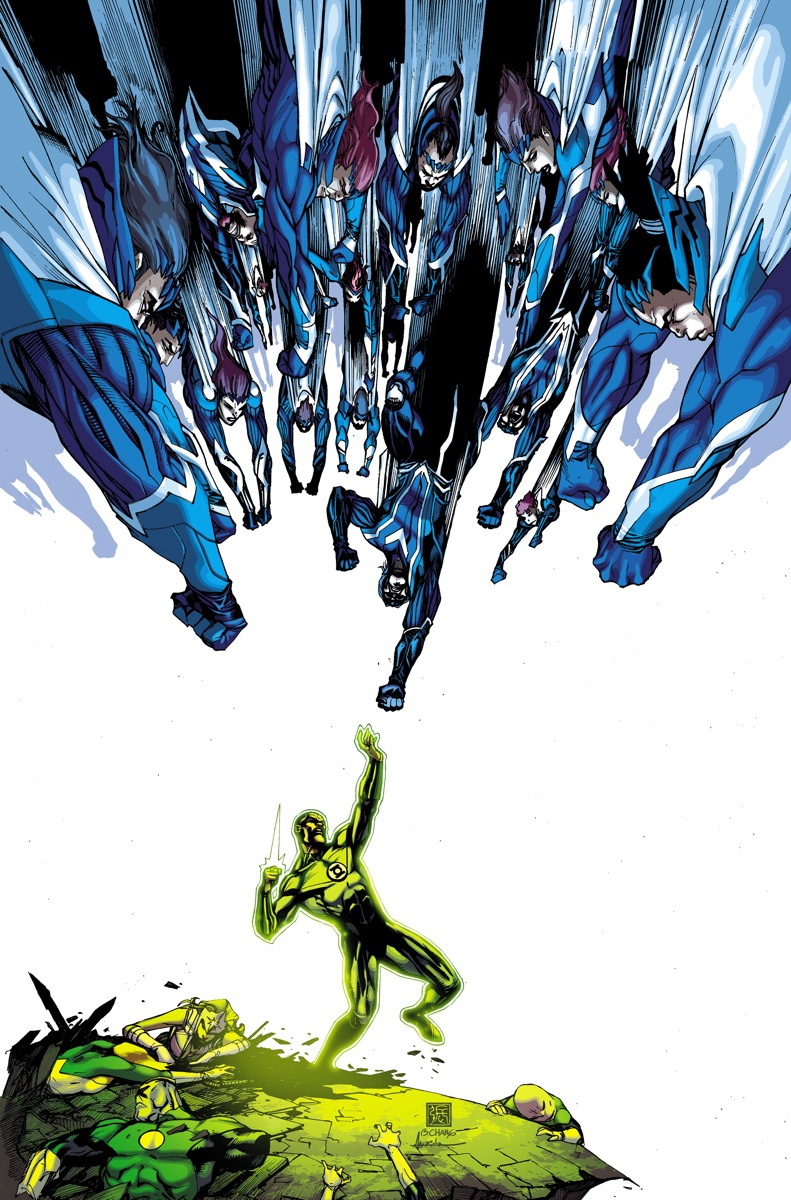 In the Second part of Sinestro Corps War we see… huh? oh that’s right this story is called “Uprising”. My fault. It just wants to be Sinestro Corps War sooooo badly. John Stewart leads the corps to Daxam with Sodam Yat in order to warn the Daxamites of the Durlans. The Daxamites are still as xenophobic as ever but Sodam’s father seems to be more caring. Until things start to go awry and the corps find out they are too little too late.

Jensen is trying to get the excitement and reveal of the Lanterns being too late in this issue as a dramatic twist. However, It doesn’t feel like that end result was hit. The story is kind of wordy and dragged on with dialogue so that even when there was action it wasn’t capitalized upon. Bernard Chang & Moritat art fluctuated from alright to this could be worse.

I’m always going to be a Green Lantern fan. The direction they are trying to shoot for with this uprising and the new stat quo for Green Lanterns has still fallen flat I feel. Last month’s issue was invigorating as it was a prison break and this months issue just didn’t have the same strength this time around.