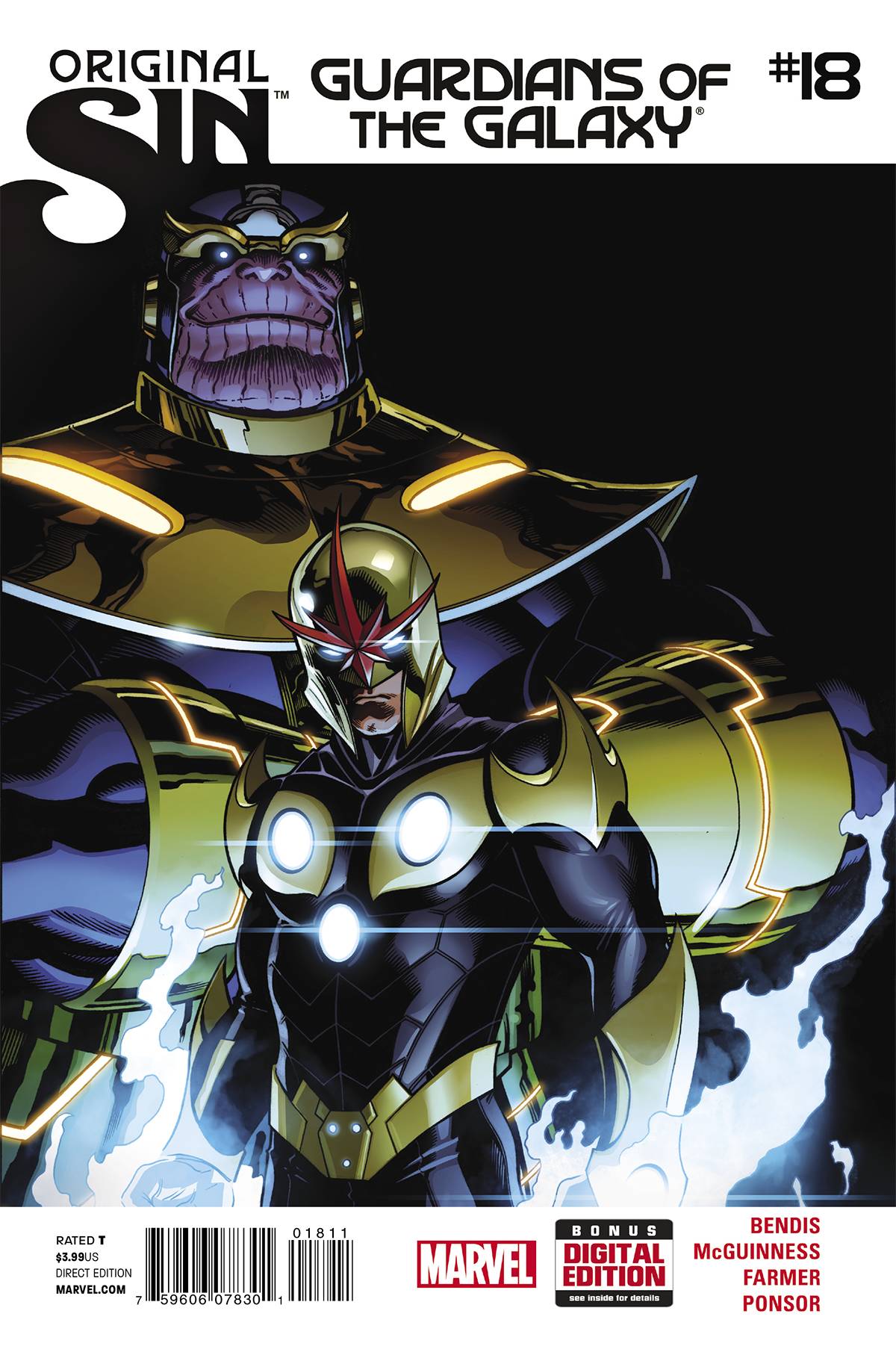 This issues comes across as a look back at events before the relaunch. We see what happened to the original god of the Nova corps Richard Rider as he went with Peter Quill into the cancerverse on a suicide mission to end Thanos once and for all. Gamora is giving Peter Quill the “you know you done fucked up now right?” interrogation tactics. She wants to know how Peter escaped what was clearly a suicide mission, why Richard Rider isn’t alive as well and how in the name of hell Thanos is still up and about wrecking the universe?

The answer isn’t an easy one to say, what we get is a tale of heroes trying to make the “Hail Mary” sacrifice and using the cosmic cube to do so. It’s all going according to plan until shit is NOT going according to plan. We see how Drax showed up again in the c-verse which shows he wasn’t dead but there is more to it than that. Quill goes on to describe using the cosmic cube and the overwhelming power of it and we see Thanos repeatedly saying he could save them all from this universe if given the cube. This is all still part one of the story tho with another issue to go to conclude what actually happened in the cancer verse.

However things shaker out, it seems Peter Quill aka Starlord isn’t proud of it. The art was very good in reflecting that. I liked Ed McGuiness work art wise this issue. The story came across as rather vague and heavy ont he Bendis level cliffhanger. This could also be cause I wasn’t reading GOTG before the reboot so those following the previous arc may have an easier time with this issue. Not a bad issue by any means just a little bit on the, Ehhh, lets get to it” side of things.