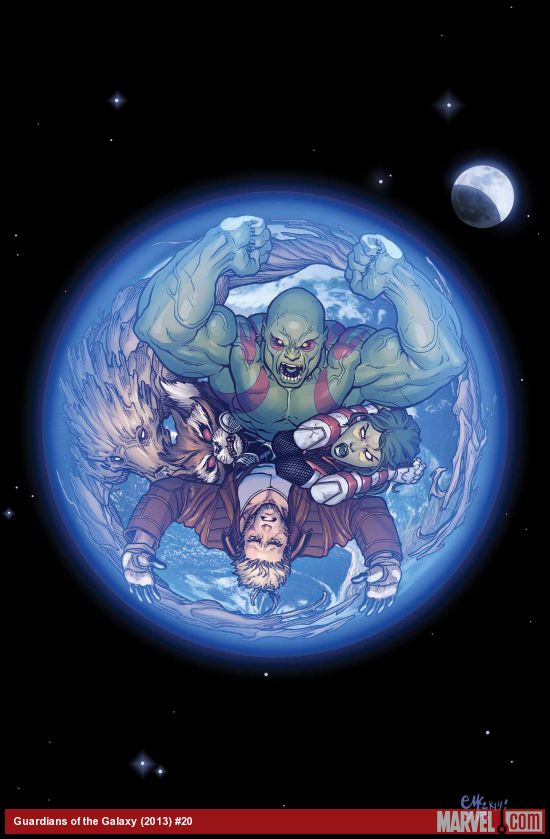 Guardians was going kind of up and down with me for this three part story. However, it makes sense that Peter Quill would have to make it go this slow as the story is told due to the scale of it. Bendis does a great job closing out this arc with the big reveal of what happened to top Nova Alma Mater Richard Rider aka Double R Thrilla. We get a sense of urgency and a great depiction of Rider’s last words and last stand befitting of the veteran hero. Rider goes out like a straight G. This is a great super hero death and confession he speaks as he sacrifices himself. 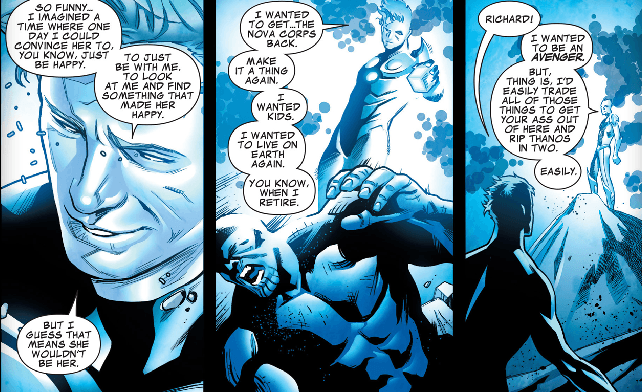 Can we also talk about a man straight up telling his friend he loves him? That shit was pretty monumental and different for me cause I can’t recall a panel like that before anywhere else. That shit went hard and felt like a good new scope brought up by Bendis for this crew. McGuinness art compliments Bendis’ story telling per usual. We get the scope of this battle fully laid out for us visually as well as how menacing Thanos comes across, how driven Drax is, and how hurt Gamora comes to be at the finale of the story arc. I’m looking forward to getting back to the adventure portion of the series in the present.

The truth was a fucking gut wrenching thing to swallow this issue especially for Gamora.
And let it be known Richard Rider my Nova I hate it had to be him.