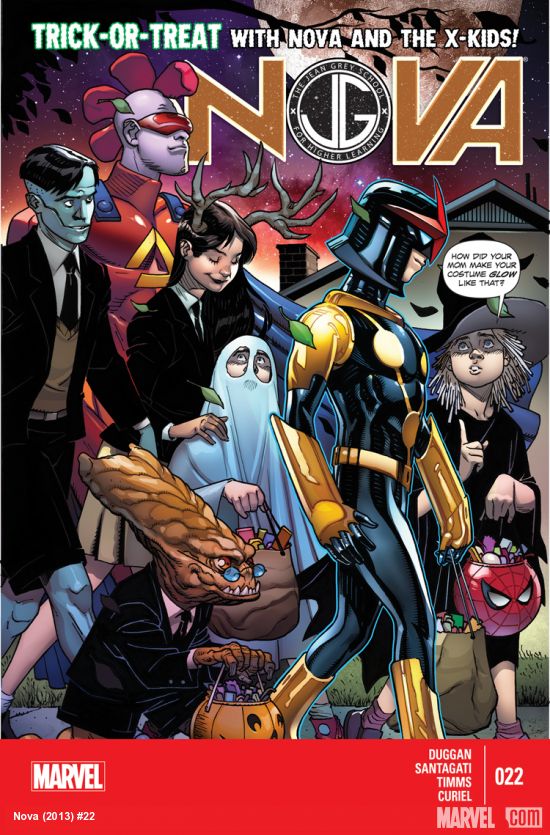 It is rough as fuck out here for Sam Alexander. Dad missing, getting evicted from home, having to recon mad dead Novas, getting expelled and then having to deal with the death of the first friend you made when you became a hero. We open with Sam paying homage to the Man of the Planet Watch Uatu (I was going to go for a voyeurism joke but it’s too soon). Sam is building him a statue on the moon and talking about the problems he is going through. 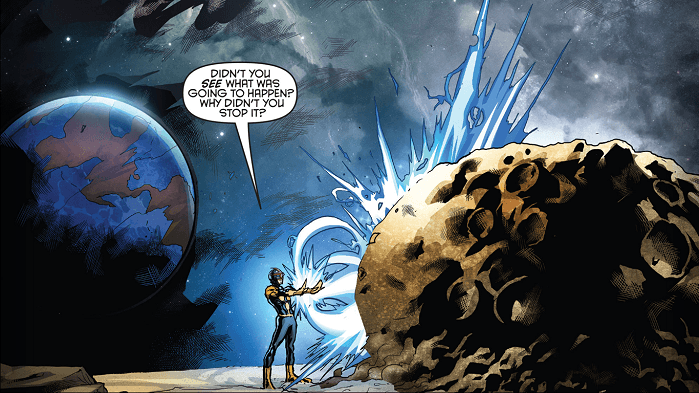 This is basically acting as a grave site for Sam to visit. He takes this in good stride and we see him decide to do better and get back into school by telling his principle the actual truth that he was looking for his father. That being the main reason he had to miss classes was a heart wrencher that got him back in with having to do some summer school as well. We get to see Sam unwind as he hangs out (incidentally) with the kids at the Jean Grey School For Higher Learning. This was a good get away among his space adventures we have seen him getting into recently. To see Sam being a teen with other teens in the hero biz was a good break. However a call from Steve Rogers sets the pace for next month’s issue. Our boy is being called into duty yall!

Sam’s father is still out there and even trying to make contact but the move has his hologram like message falling on deaf ears. Things have changed since he has been gone and this is another instance where father and son have just missed each other by chance.