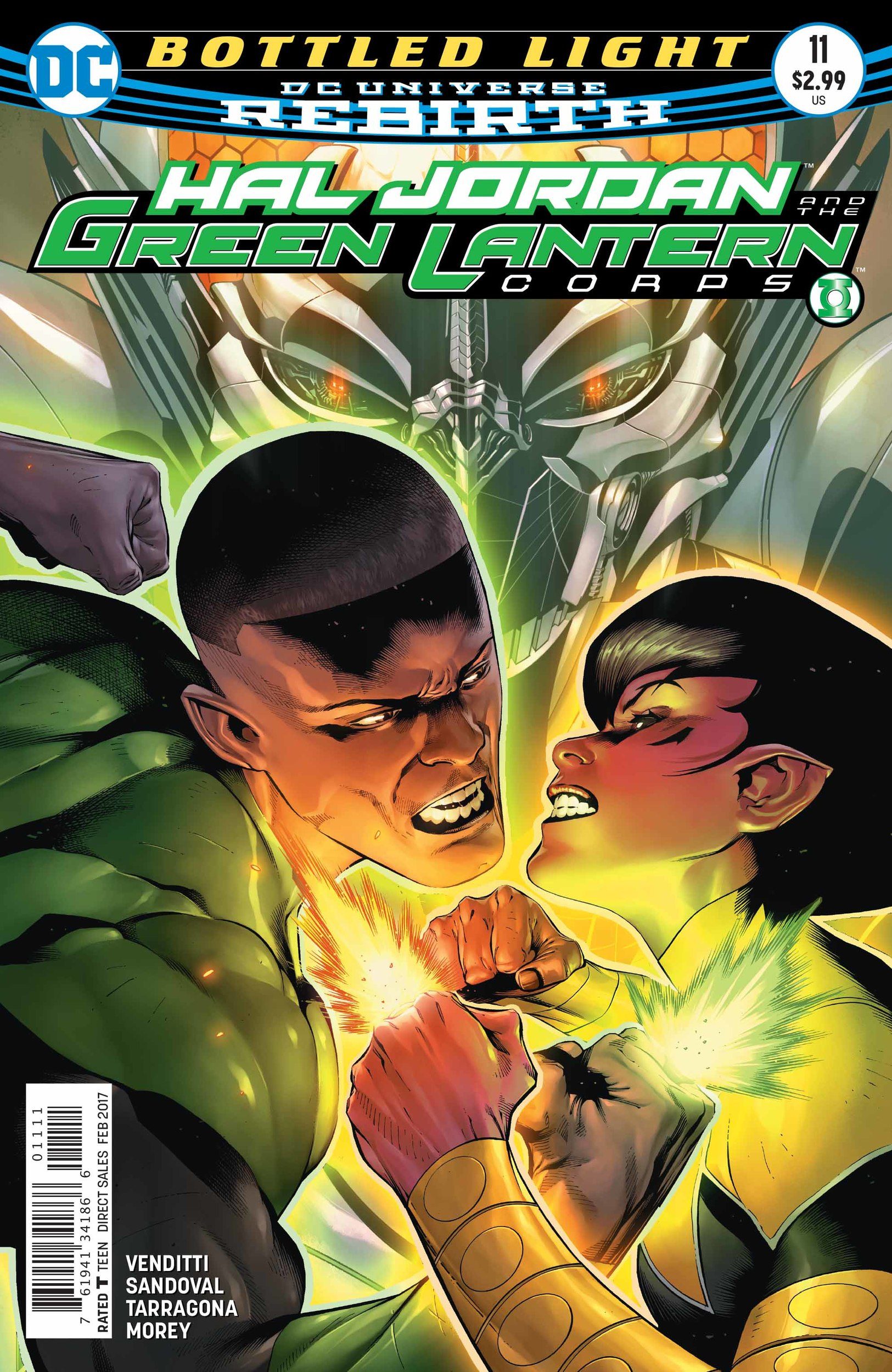 Hal Jordan and the Green Lantern Corps is mostly a dope book, the dopest of the current franchise by leaps and bounds. It’s the first time a Green Lantern book has been one of my favorite regulars since Geoff Johns stepped down. While it does a pretty good job so far of balancing its two main stars (Hal Jordan and Everyone Else), it finds itself getting a little Hal-heavy at a time when, let’s face it, we could do with a little less of a cocky, good-looking invincible white man.

Issue #11 sees a decent equilibrium between the two this time around, though, as yet another villain behind the Corps’ imprisonment is revealed. And honestly, for me, it was actually the low point of the book. Larfleeze has always been a uniquely terrible villain. The most compelling thing about any good antagonist is their motivations so you’re not going to get a very interesting story when the character’s sole purpose is “give me stuff.” And that’s exactly what we got here in this book: a foil who just wanted stuff.

With that in mind, Venditti still managed to deliver some fun action beats and a pretty good exchange between Hal, Kyle and the others. Rafa Sandoval is still bringing home the artistic bacon with his exciting pencil work. The main highlight was the well detailed and intense throw down between the Yellow and Green Lanterns. There’s very little that’s more exciting than constructs all over the page beating the crap out of each other. 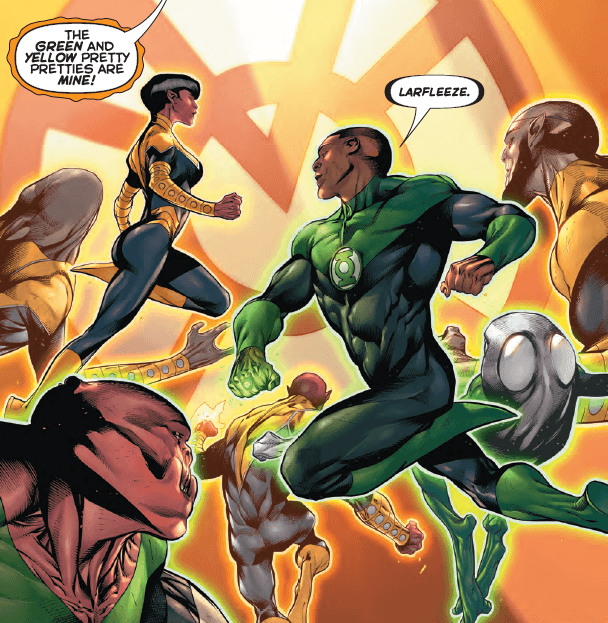 Bottom Line: This book is proving to be formidable. It says a lot that this issue turned out to be a well balanced, entertaining one even with a stupid ass bad guy.

7.5 Orange Space Leprechauns out of 10

Reading Hal Jordan and the Green Lantern Corps? You can find BNP’s other reviews of the series here.