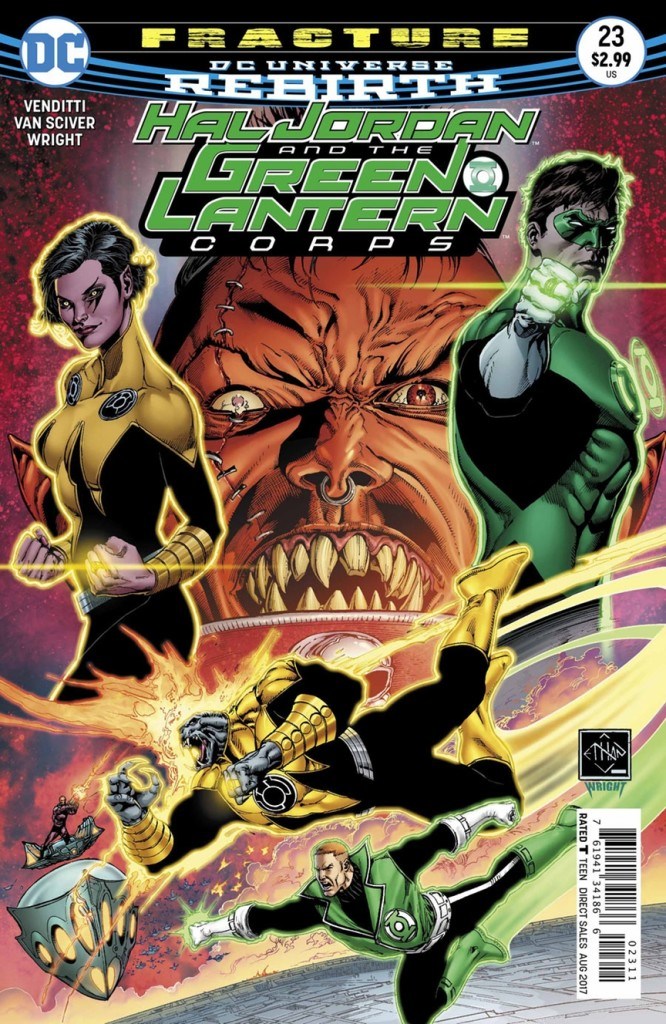 Hal Jordan and the Green Lantern Corps is getting super dramatic on basically all fronts. The union between fear and willpower is a joint venture hanging on a thin thread. Robert Venditti has created an uber tense situation that takes the emotional spectrum in a direction we haven’t quite seen on this level before. A lesser writer probably couldn’t have kept it this interesting for this long.

Issue #23 continues the “Fracture” story, opening up with the Corps’ latest villain putting John Stewart in a difficult gambit. This plotline probably has the most potential for big time drama, testing exactly how far everyone’s favorite Corps Leader is willing to go to make things work. The Kyle/Soranik romance, I’ll confess, is beginning to wear a little thin, but this week’s revelation was entertaining enough. Meanwhile, Guy Gardner once again stole the show by a mile. His teamup with Arkillo is turning into the greatest bromance in the galaxy that nobody knew they needed. Their part in this story so far seems to include some Grade A ring-slinging that makes this book book equal parts sci-fi actioner and murder mystery. 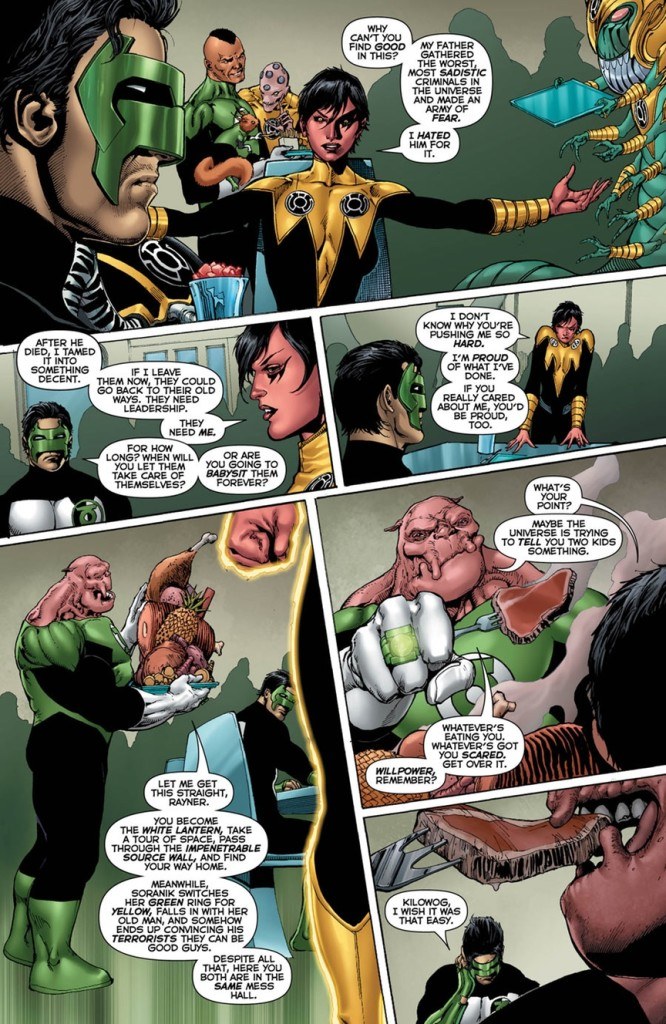 On the topic of visuals, Ethan Van Sciver has been vastly improving his work on this book over the past few issues. His figures are way better proportioned than they have been in the past and far more emotionally expressive. Thanks to Jason Wright, the color palette is more vivid and lends a lot to Van Sciver’s pencils. Dare I say this is probably his best work on this title so far.

Bottom Line: Vennditti deserves way more credit than he’s getting for holding the fort in the post-Johns era. Also, this is best looking book we’ve seen in the past few weeks.