Hal Jordan and the Green Lantern Corps has had a pretty good run so far. Robert Venditti has done well carrying the franchise into both new and old territory. Team-ups and encounters with long established baddies that make you wonder how we didn’t get more of this kind of adventure from a Green Lantern comic sooner.

Issue #31 picks up with Hal and Superman tracking down an abducted old foe and breaking some deserving teeth in the process. This issue feels like it reads quicker than the last. Honestly, I can’t tell if it’s because there’s not a lot of explanation and exposition or because the conflict is resolved a little too quickly. I can say that the adventures are broken into fewer parts so they’re more digestible. Venditti seems to have bigger plans for the Corps but has to take us through this business first to get us there. Just because it was short doesn’t make it any less fun. The bit of insight into Hal’s love life (or lack thereof) was a really nice touch as well. 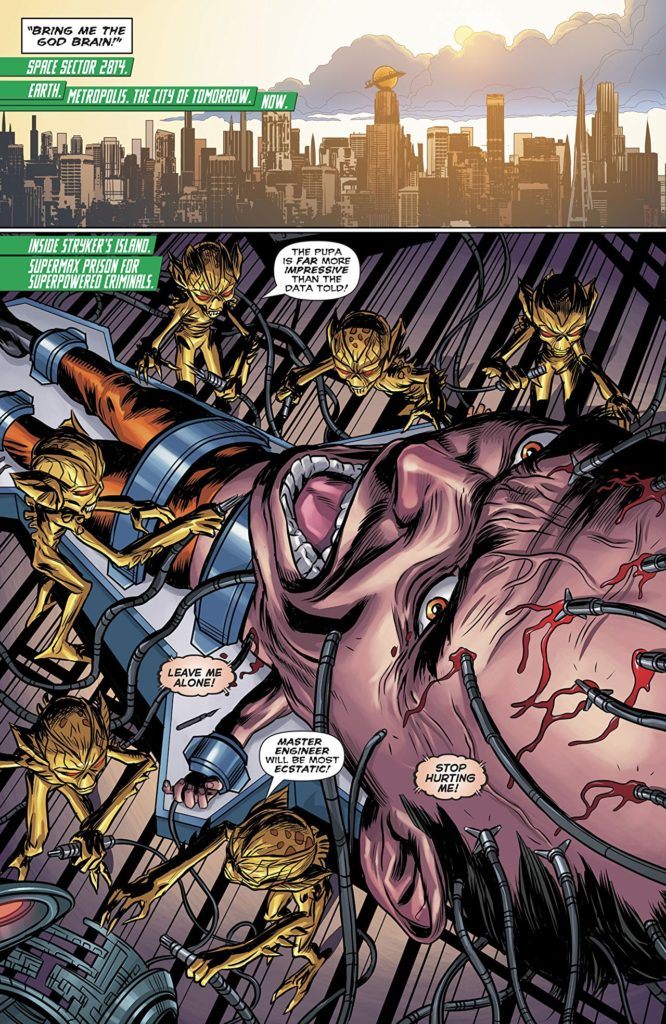 Patrick Zircher’s artwork hit the spot this week. Hector Hammond as always been a weird-looking character but Zircher’s portrayal (especially with his predicament) was a very unsettling sci-fi horror type of vibe that was a welcome change in tone from the rest of the comic. I would have enjoyed a little more detail to set the Master Engineer apart from your usual demonic looking alien, but that seems like a small gripe when the action from panel to panel is so neatly done and the faces are so expressive.

Bottom Line: The conflict felt a little here and gone, but it’s obvious enough there’s a larger scheme at work so it’s forgivable. Even when the story’s scale isn’t massive, Venditti still knows how to deliver a fun read for three bucks.