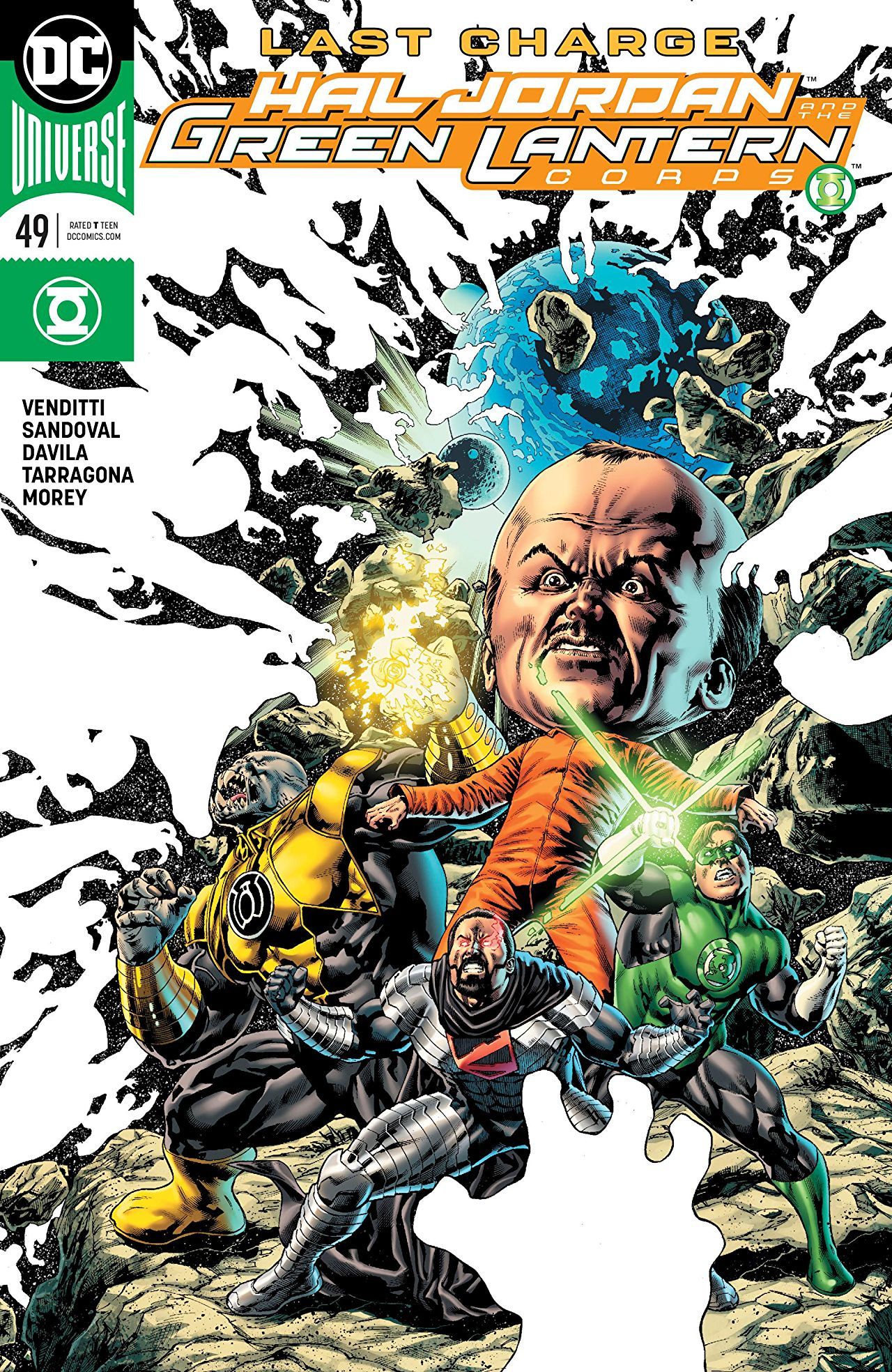 Robert Venditti is going all out in the second part of the “Last Charge” chapter in the Green Lantern Corps’ war with the Darkstars. It’s hard to keep the momentum going when you start off with a slugfest and you have to keep the same energy going into the next issue but Venditti’s script stays in the same gear without missing a single beat. As was the case in the last issue, everyone gets a chance to shine which is not an easy task with so many characters in play. But I’d be lying if I wasn’t partial to John Stewart being ten steps ahead of everyone. Meanwhile, I didn’t expect Hector “The Godbrain” Hammond to be such a fun character to team up with Hal but I found myself chuckling at moments. 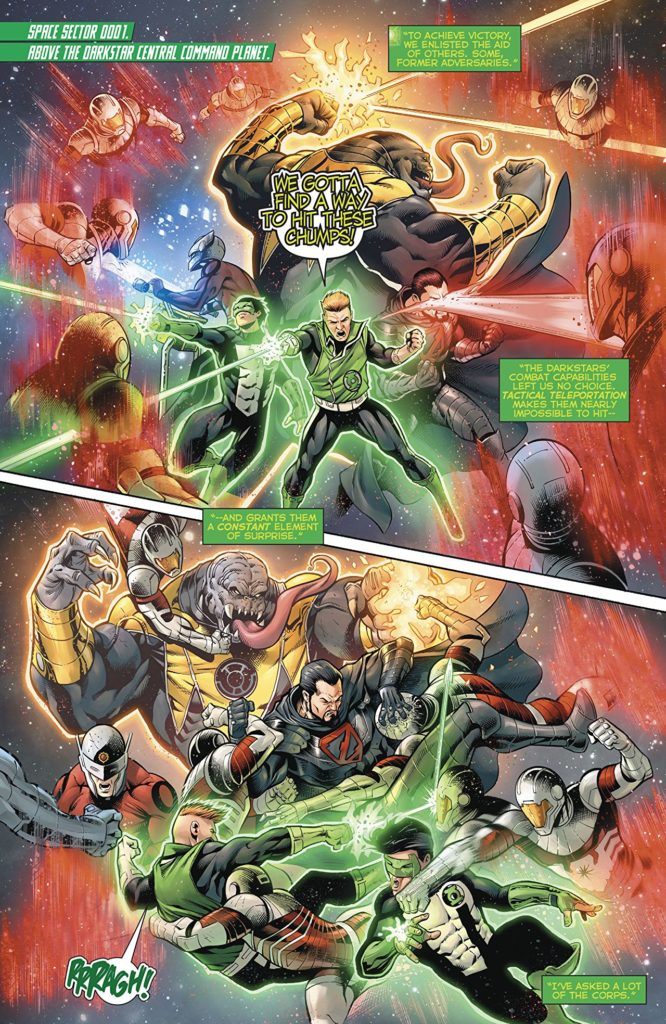 Visually, Rafa Sandoval is giving me everything I could possibly ask for from this story arc. If you’re going to have three or four issues of all-out war, you want as much of Sandoval’s fun, interesting constructs as possible laying down the law. There are such beautiful splashes in this issue, it’s hard to deny Sandoval’s eye for large scale concepts and angles that catch the eye easy. If the fate of the universe is at stake, you want Sandoval drawing it.

Bottom Line: This is easily one of the most enjoyable slugfests I’ve ever read in a Green Lantern book. When it comes to action, Venditti and Sandoval are in perfect sync, playing up to all of their collective strengths. Amazing offering this week.