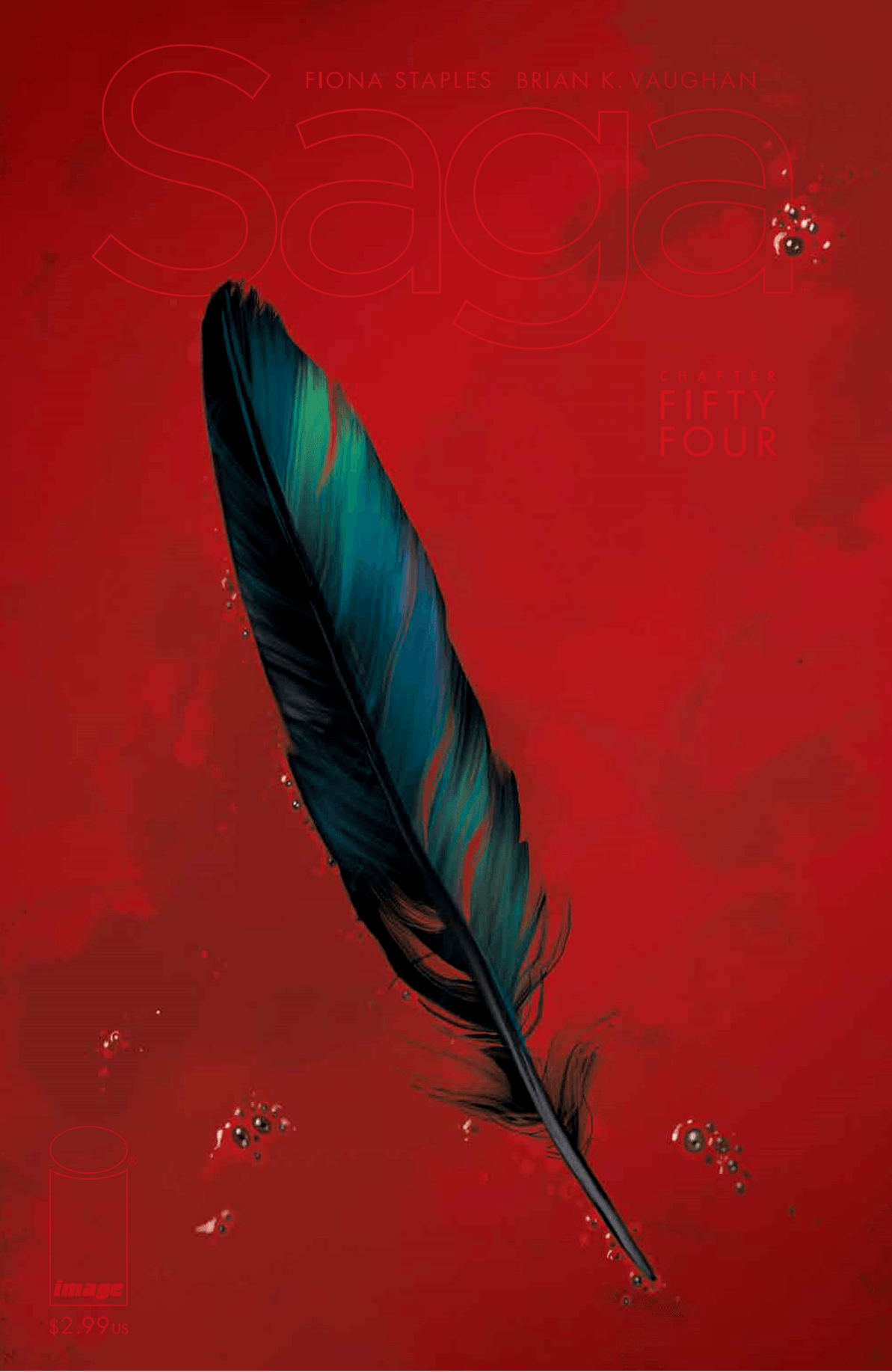 This season of Saga has solidified the story as one of the best works of speculative fiction in recent memory and perhaps one of the best stories in any genre or medium. Ever since Saga came back from hiatus with #49 last year, milestones have been achieved, the social commentary has been sharp and poignant, and the creative vision of Vaughan and Staples remains stunning. While the series has spent time dealing with topics like the persecution of non-traditional families and the role of journalism during crisis and conflict, Saga #54 eschews the allegory for this issue to instead examine the deeply personal. Of course, the deeply personal certainly has the ability to wound us deeply. My reaction to the season finale of Saga before it goes on a one-year intermission can be summed up as follows: 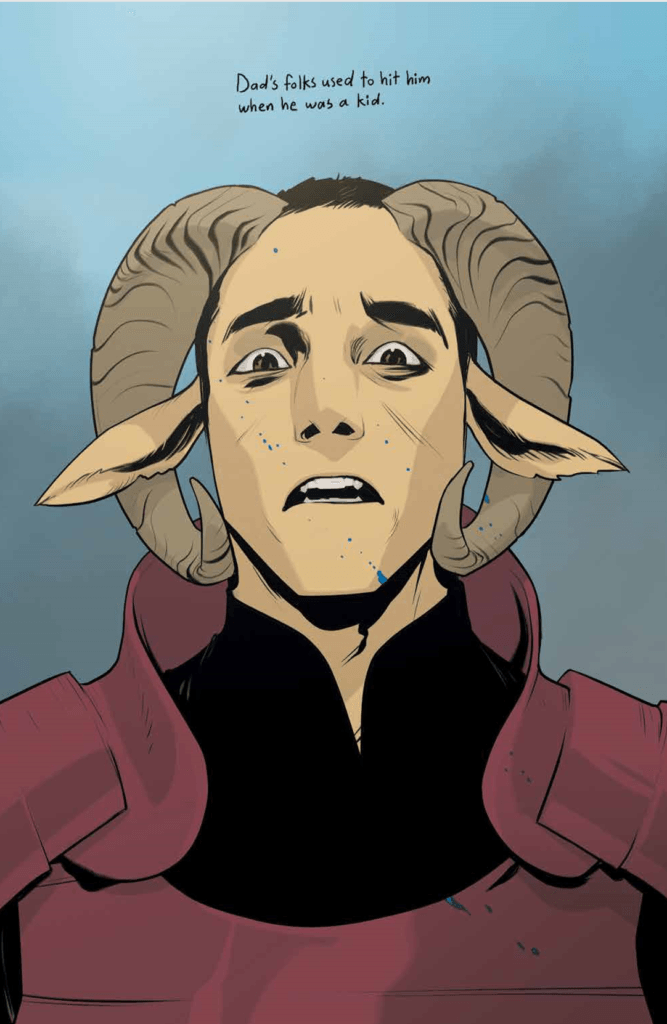 I’m not sure if it’s older Hazel’s casualness in her narration or the fear Staples has instilled on Marko’s face that is more unnerving when I read the first page. After the cliffhanger ending in the last issue, Saga #54 wastes absolutely no time in having Marko and The Will go at it. What follows is a beautifully tragic brawl that lets us examine the two characters, both who they were and what they have eventually become. It’s a sobering reminder of the contrasting arcs the two characters have undergone throughout the story. Marko and the Will are characters that exist on the complex spectrum of masculinity, violence, and morality. To have them engaged in such a bitter conflict is to highlight one of the recurring themes of Saga: in a cruel world, what does it mean to be kind? When confronted with your dark reflection, how do you react? 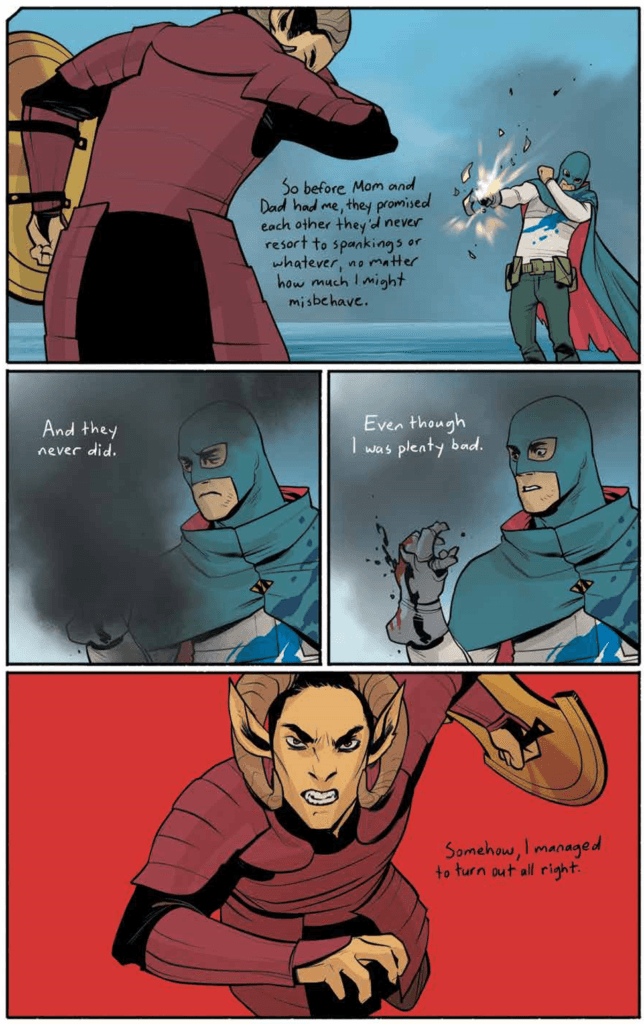 This issue was difficult to read. So much of the story is told in silence which only bolsters the impact Vaughan’s incredible dialogue has when it shows up. Staples’ artwork is visceral, vibrant, and brutal. Each wordless panel hits like a bag of bricks. The deftness with which the two are capable of changing tone is awe-inspiring. It’s the comic book manifestation of multiple punches to the gut. It hurts, in a tragically beautiful way. It’s truly the only way the arc could have ended, but it makes it no less difficult to process. I’m gonna need that year to recoup. I got no quips at the end of this review. Just a simple fact.