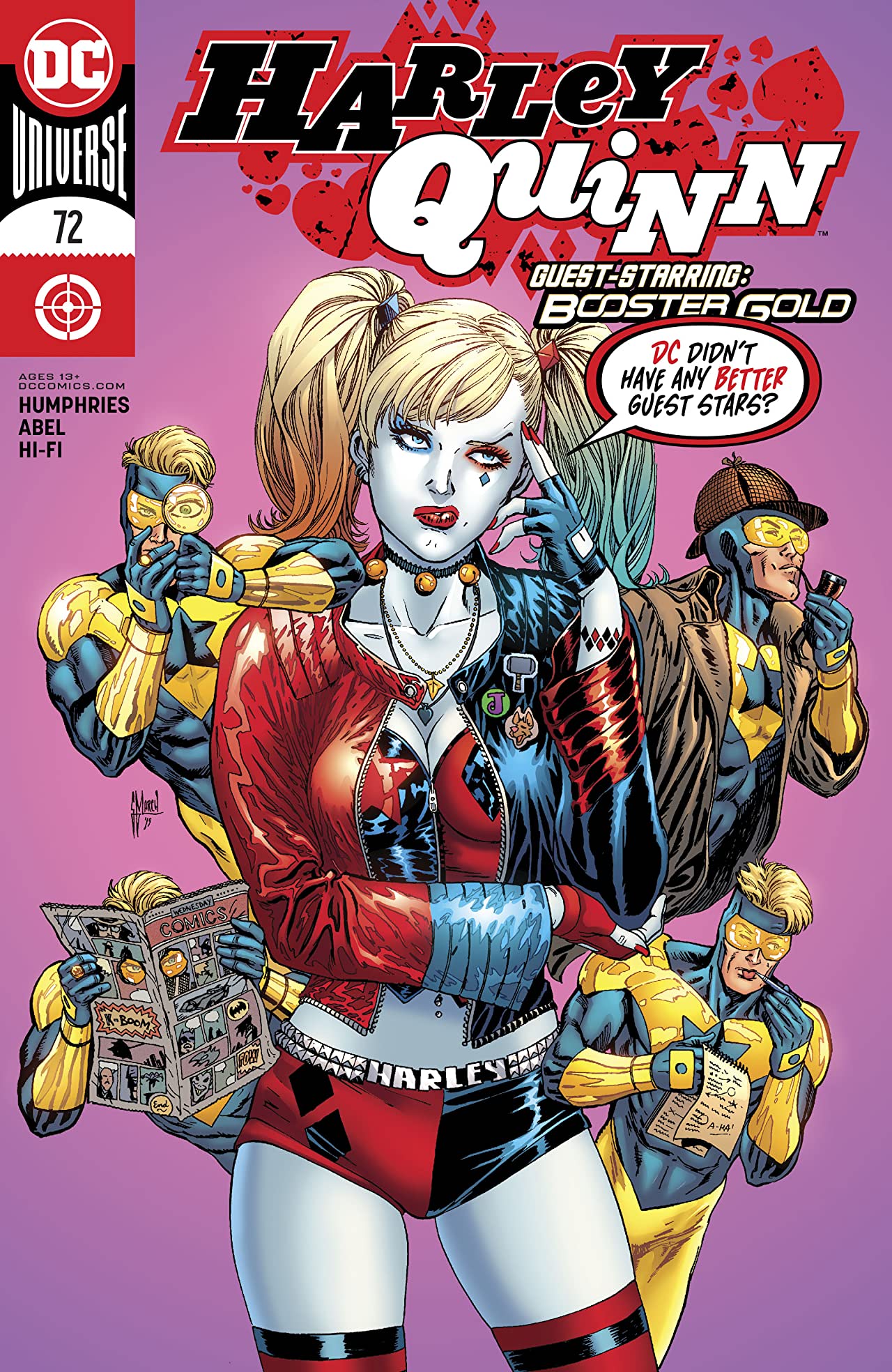 Harley Quinn’s a fan favorite character for a lot of the same reasons Deadpool is. She’s smarter than most characters are without half of the moral limitations, she’s funny as all hell and she looks great in black and red. (Sorry, bad punchlines just come with the territory of reviewing this book.)

I remember when I started reading Harley Quinn when it first hit shelves back in 2016. The comic was a real treat because Harley could be thrown in pretty much any situation and it would be fun. It’s who she is. I mean she even talks like a cartoon character sometimes.

But she was always her absolute best when she got to have another character by her side to be the butt of all her jokes. In Harley Quinn #72, that’s Booster Gold.

For some background, Harley’s trying to track down who (likely) murdered her friend Alicia, which sends her down a deep rabbit hole filled with super-powered professional wrestlers, cults, and a nondescript bottle of whiskey. And that’s all in one issue. 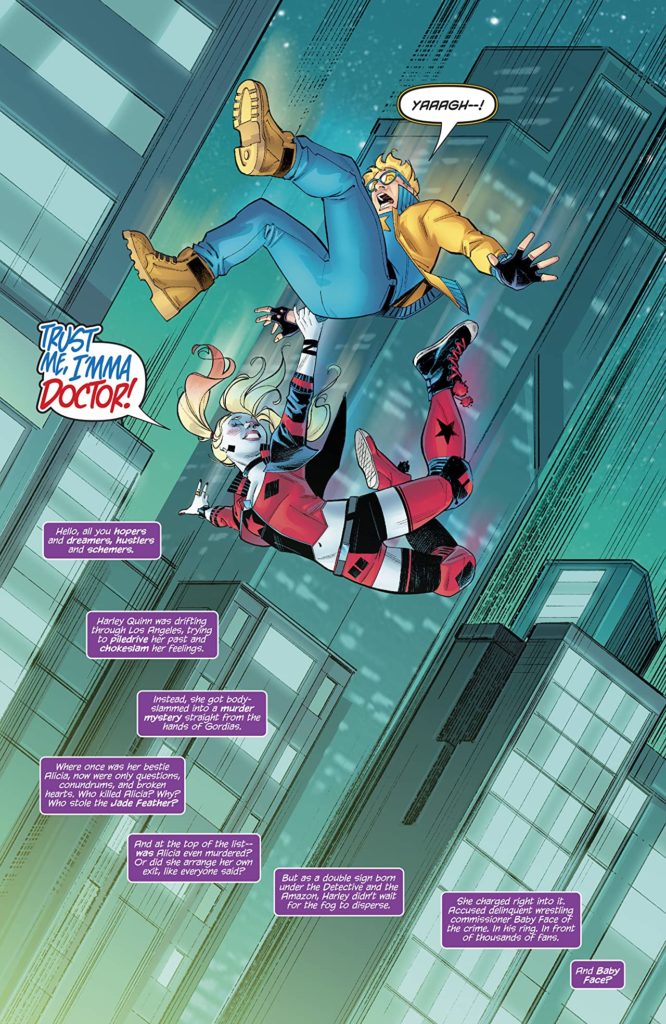 At this point, we’ve seen Harley work her way out of the worst situations with a smile on her face, but Humphries does a good job of never letting readers forget the stakes. She may act invincible, but is that actually just a death wish? Those hard-hitting revelations balanced out with the hilarity of Harley riding Booster’s back while he flies are a true example of what makes Harley Quinn books, tv shows, and movies so much fun to experience. I mean, there’s a reason this book is on issue #72.

As a quick side note: The world is kind of whacky and upside-down right now for a lot of people. Myself included. Reading about a character who takes the unpredictability of life and doubles down on it is the kind of escape a lot of us need. So if you’d like a break from all of the seriousness of life right now, pick up this book.