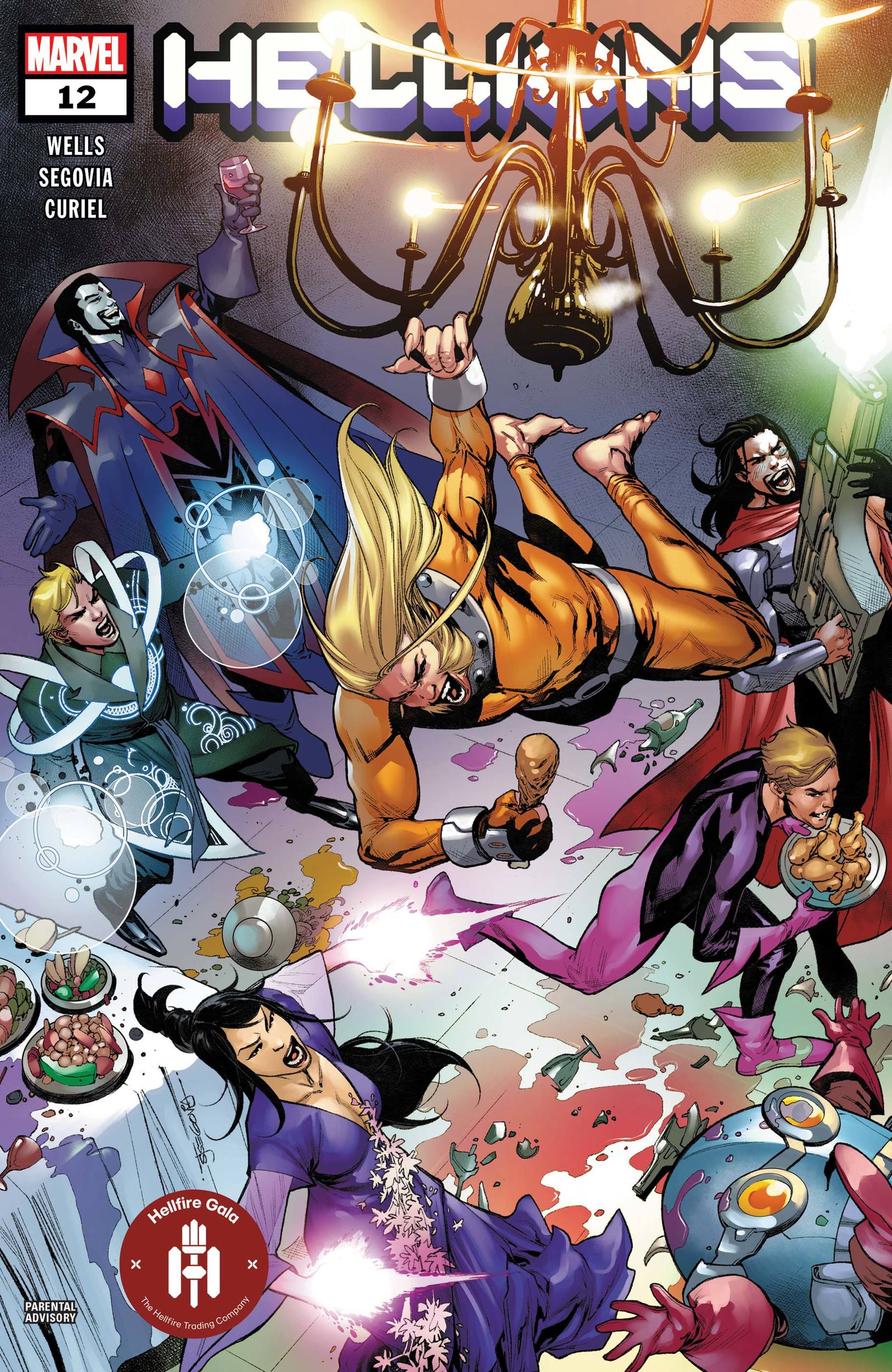 Hellions has been one the funniest books during Hickman’s ‘Dawn’ and ‘Reign of X,’ but this issue right here my ninja?! Pure hilarity. Certified Project X meets The Great Gatsby flames! Mister Sinister’s incredibly pompous, spiteful, and vain antics are cranked up, but it’s the entire squad that gets a rare moment in the spotlight in Hellions #12. Given the right character, Zeb Wells is a writer that comes with the jokes, and when you can do that well in an X-Men book, success is in your future.

While the bulk of mutantdom are off gallivanting at the Hellfire Gala, most of the Hellions are blacklisted because of their…unsavory track records. Tough to swallow, and even tougher when your fearless leader is heading out looking like the whole bodega snack aisle!

Of course, drinking leads to reckless thoughts, which leads to dumb choices which eventually leads to regret filled mornings. But this is the party of the century, so fuck it right? Hellions, WE OUT TO THE HELLFIRE GALA!

I expected the Hellions to get into some mischief, but I wasn’t expecting a jealous ex episode, glorious retribution in the form of a handicap match beatdown, mutant Wrestlemania, broken bottle slashing, and another case of the ex blues! That’s right folks. Hellions #12 has it all. Lots of props to Zeb Wells as he gave almost every character some great dialogue and action. I gotta be honest though. It was the Stepford Cuckoo’s in Hellions #12 for me! As they were on psychic party monitor duties, they naturally overheard some things, and it made for great tea spilling reading.

I don’t know about you, but give me more Cuckoo’s Late Night spice! There was a 2nd data page dedicated to some additional shenanigans that went down. It was even better the first, and really stirred the pot for all of us Sinister fans out there.

Hellions #12 really was a fun side of mutants to dive into and enjoy for its theatrics and melodramatic moments. The Hellions are usually off on some Bast forsaken mission, so it’s nice to see them interact with everyone for a change, albeit on their worst behavior. Stephen Segovia is putting in work on these panels! He takes Wells’ violent yet tender script and makes magic out of the misfits of Krakoa. I’ve enjoyed a few issues of Hellions thus far, but there has been nothing like this bad boy right here! Guess that’s what the Hellfire Gala will bring out of you.

9 Accusations of Clone Sex out of 10