It’s not terribly often that we get a non-Big Two superhero property that Hollywood doesn’t completely fumble the bag with. But it shouldn’t be surprising that Invincible managed to come out on top and keep audiences equal parts entertained and mortified. Fans and newcomers alike were left shook by both the big reveal of the season finale and the violence that followed. But one plot line that left a lot of debate in its wake is the hot/cold romance between Mark and Amber.

Mark had taken an interest in Amber at school before his dormant superpowers awakened and caught her attention by standing up to a school bully (despite him still getting beaten up for his trouble). They start dating even after Mark’s power emerges and he becomes the fledgling hero, Invincible. However, balancing his double life took a toll on any chance he had to getting closer to Amber. Eventually, he revealed himself to her as Invincible to explain his seemingly flaky nature. Unfortunately, it turned out she’d deduced his secret identity weeks prior and was unmoved by his gesture, breaking up with him completely.

The breakdown that led to the breakup

There are two sides to this particular debate that sort of talk past each other. On one side, there’s the argument that Mark deserved to get dumped for being dishonest about being Invincible and thoughtless in standing Amber up countless times. On the other, there’s the idea that Amber is being dramatic and unfair. And the truth is….neither is completely wrong.

Part of the reason Amber was thrown under the bus among the fandom was because she seemed to prioritize her being lied to over Mark preserving his secret identity. Even novice fans of the superhero genre understand the importance of keeping a double life under wraps…not just for Mark’s sake but for the sake of those closest to him. Being a superhero is already potentially dangerous for your loved ones who might end up in the line of fire, but at least they have the advantage of deniability if the bad guys come calling.

Invincible… With a whole lot of question marks

Historically speaking, the minute all cards are on the table, things go very badly for the hero and pretty much everyone in their vicinity. For example in the Marvel films, pretty much every awful thing that happened in Tony Stark’s life happened because he was publicly “out” as Iron Man. Obadiah Stane went to his house and ripped the electronic heart right out of his chest. Whiplash made a bee line straight to him and put tons of Formula 1 racing enthusiasts (you call them “white people”) while trying to assassinate him on live tv. Most spectacularly, the Not-Really-Mandarin showed up with an Apache helicopter and blew up his house with all of his armor. This forced him to stash his stuff at a nosy 12 year old’s garage. Oh and at some point, I think almost all of them tried to blow up his right hand man and kill his girlfriend.

And not for nothing, but….Mark is not good at being a superhero so far. Sure, he’s had some decent moments here and there, but Invincible spent the lion’s share of the show’s inaugural season getting ragdolled by mid to expert level villains or getting played like a chump by one with a Daft Punk helmet for a face. When Superman revealed his civilian identity, there was at least the unspoken reassurance that he’d be able to protect Lois Lane and his friends from any reprisals. As it stands, Mark can barely protect himself. So one probably can’t a blame a superhero who’s still figuring it out for not putting his girlfriend in even more danger.

The other side of this is that Invincible is, more than anything, about unpacking and deconstructing superhero tropes down to their base ingredients and creating something new and uncomfortable that attacks the old ways at their blind side. That brings us to Amber. I suspect much of the reason Amber’s response rubbed some people (myself included) the wrong way is because we’re used to the superhero’s girlfriend, despite some built-in quirks and difficulties, basically being the ride or die who understands the great work of being a superhero is bigger than her. The world needs (enter your hero of choice here), so it’s a fair compromise to share or, sometimes, sacrifice in the interest of the greater good.

The catch in this story is that Amber didn’t sign up for any of that. Sure, she’d been around for more than a few episodes, but the time span of their romance didn’t appear to be long enough for a high schooler to realistically make a long term commitment to being stood up by a superhero who doesn’t appear to be good enough at his job to justify blowing off Date Night each week. Amber represents the other side of superhero love interests that prioritizes their own fulfillment and personal agency over the needs of the protagonist. Because people are messy and we do that sometimes despite the plot that was intended for us. And that’s okay.

Who knew that fictional relationships were just as messy and complicated as real life ones? 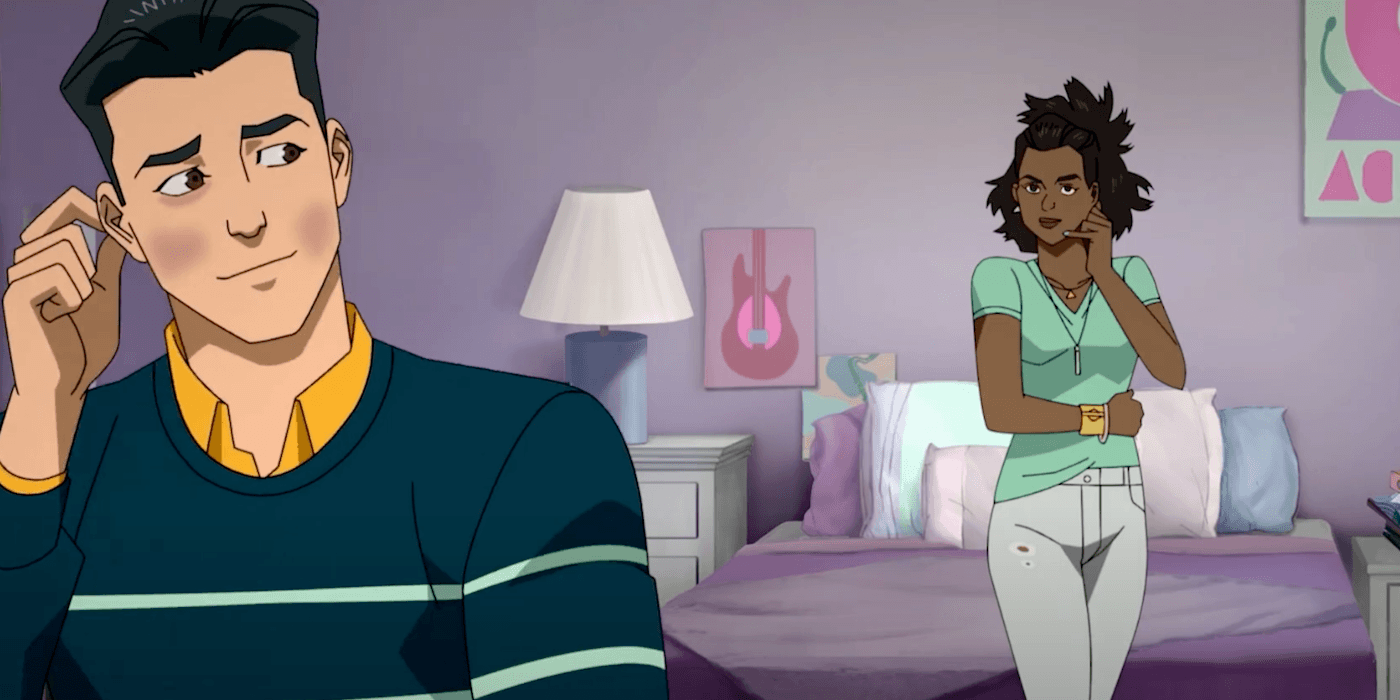