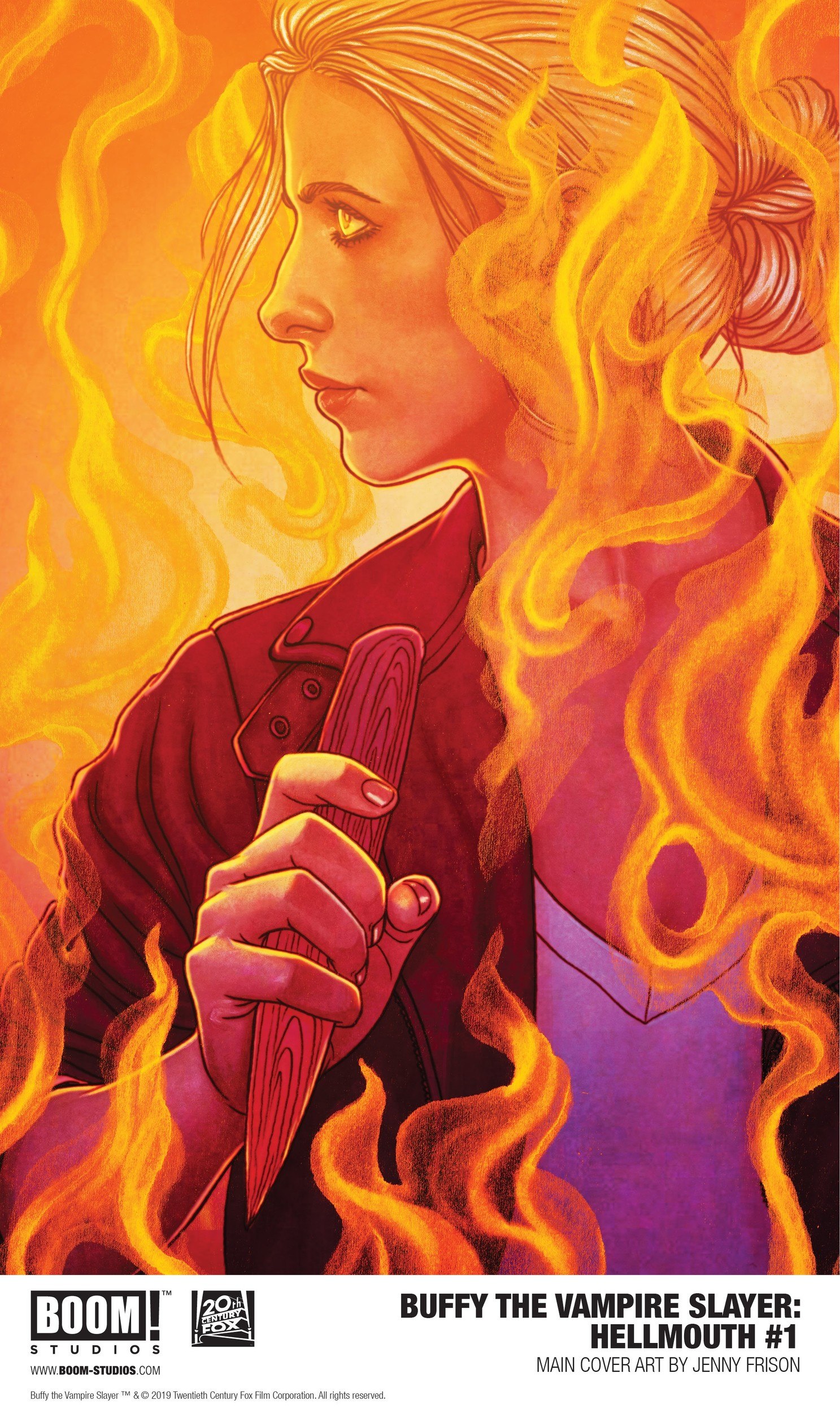 Signifying the first time that the 2019 rebooted versions of Buffy and Angel have interacted, Hellmouth #1 is the start of a five-issue crossover event. And if you have been keeping up with both series, you’re undoubtedly excited to see how this changes the stakes. And if you haven’t, well let me be the first to tell you that Hellmouth may just be the reason to pick up the back issues, especially if you were a fan of the original series and urban fantasy/horror in general. 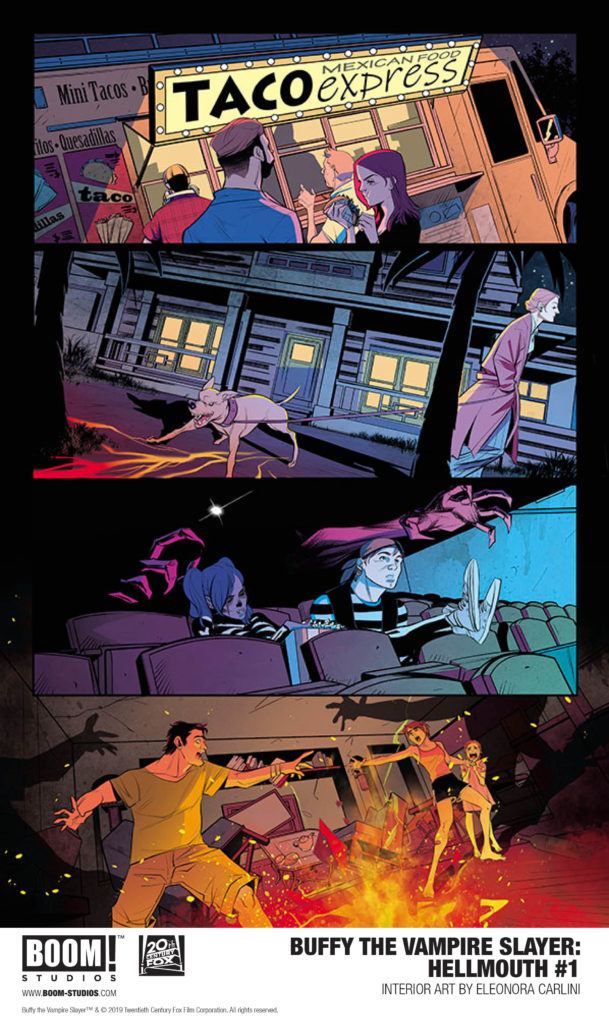 The opening pages feature an instantly classic monologue overlaid on a series of familiar city haunts that slowly become more and more sinister as each panel progresses. The sense of escalation is frightening and the pay off is sweet with gorgeous visuals and a narrative hook that propels the series forward. Writers Bellaire and Lambert have a phenomenal sense of pacing and control of tone. The writing evokes similar feelings to my own first marathon of Buffy but feels distinctively modern. The first interactions between Buffy and Angel are so incredibly natural it kinda makes one forget that this is the second take on the characters. It feels like this was how the story was originally supposed to be scripted, which is honestly the highest praise I can give the series. 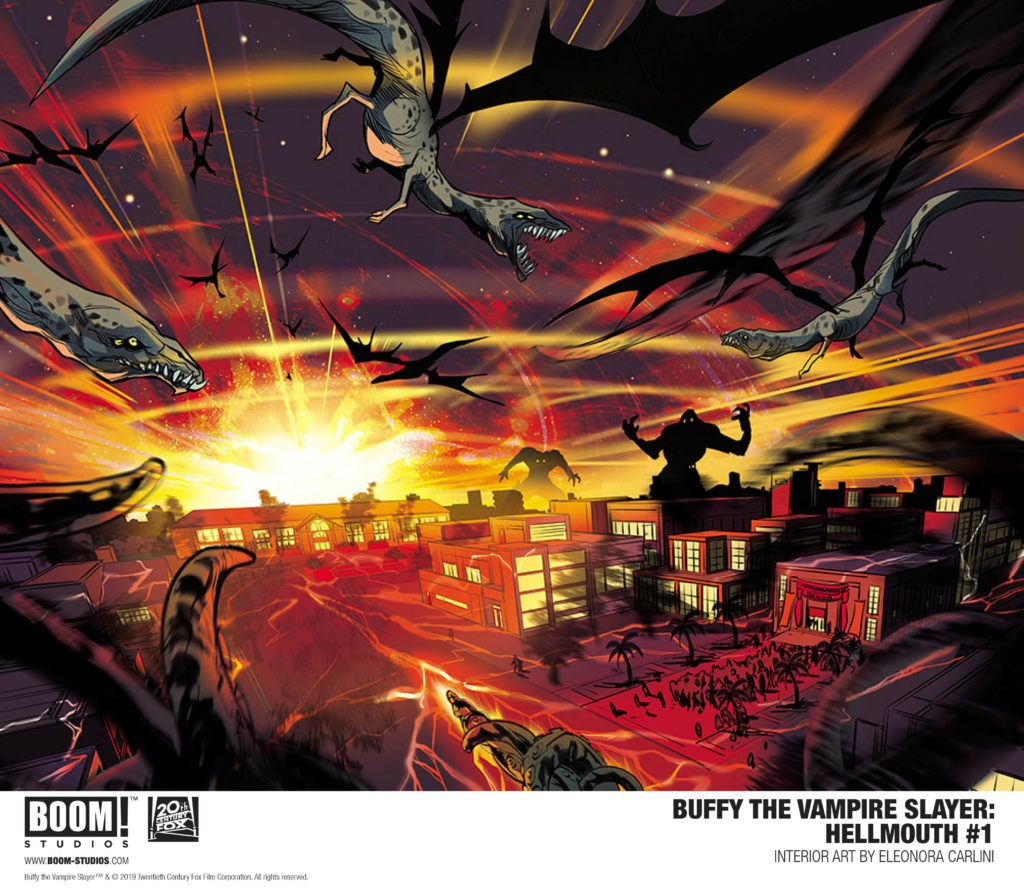 It certainly helps that Carlini’s artwork is a perfect homage to the original series and the work done in the solo titles by Dan Mora and Gleb Melnikov. It blends the styles of its parents series and transcends them to create something that feels entirely new. This is fitting given how this is the first major deviation from the original mythos. But like the writers, Carlini evokes the spirit of the original while giving a new clean, smooth aesthetic that feels lockstep with the current times. It’s truly impressive how the creative team has preserved all of the original emotions while paving the way for something, pardon the pun, groundbreaking.

Hellmouth #1 is truly the start of something dark, weird, and wonderful. A perfect way to start off October, this portends a lot of very cool things to come in the rebooted universe and promises to leave its own mark in the pop culture landscape.