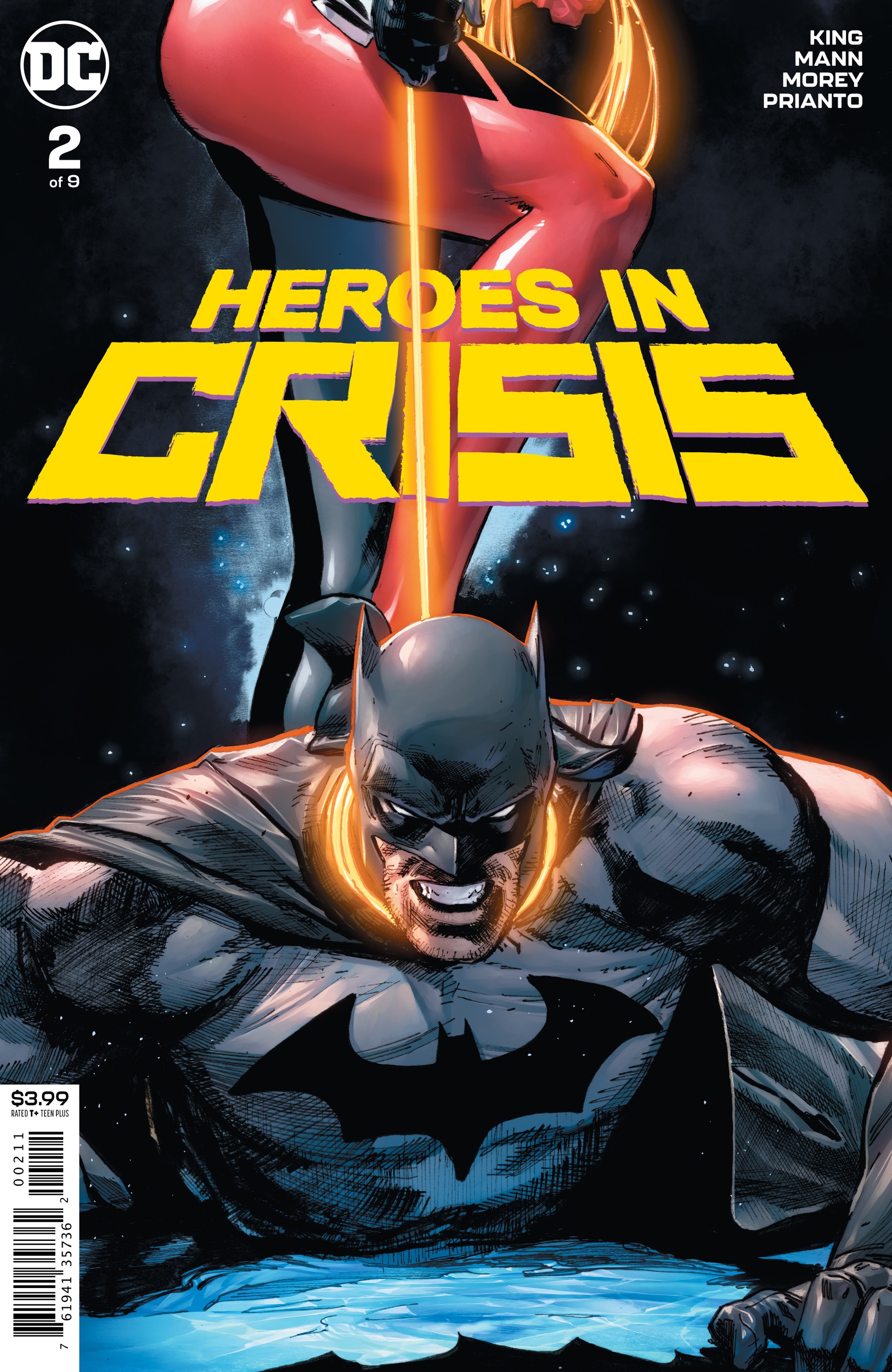 Then I Became Superman

Tom King has been on a particularly brutal string of character incapacitations as of late. What started with Dick *cough* sorry, Ric Grayson, and continued with a whole slew of B-list heroes in Heroes in Crisis #1 has continued with another confirmed death and one that is heartbreakingly implied. And as King’s body count continues to increment higher and higher, we’re given an opportunity to see a much more human component of typically invincible DC pantheon.

Heroes in Crisis #2 has four central through lines. You have the on-camera interview of various characters with the Sanctuary AI. You have Harley Quinn on the run since she is prime suspect number 1. Booster Gold is seeking assistance trying to prove his innocence. And finally, the Trinity is still trying to piece together what happened at the one safe haven heroes were supposed to have. King is juggling a lot of different characters and a lot of different emotional arcs and for the most part is succeeding.

The nine-panel, on-camera interviews continue to be a highlight of the work. With minimalistic dialog aided with the wonderful artwork from Mann, King drives to the very core each characters’ pathos with hauntingly tragic revelations. Each one synthesizes the darkest fears and insecurities of the character with a disturbing ease that I could make the argument that these “files” are reason enough to purchase the issue. 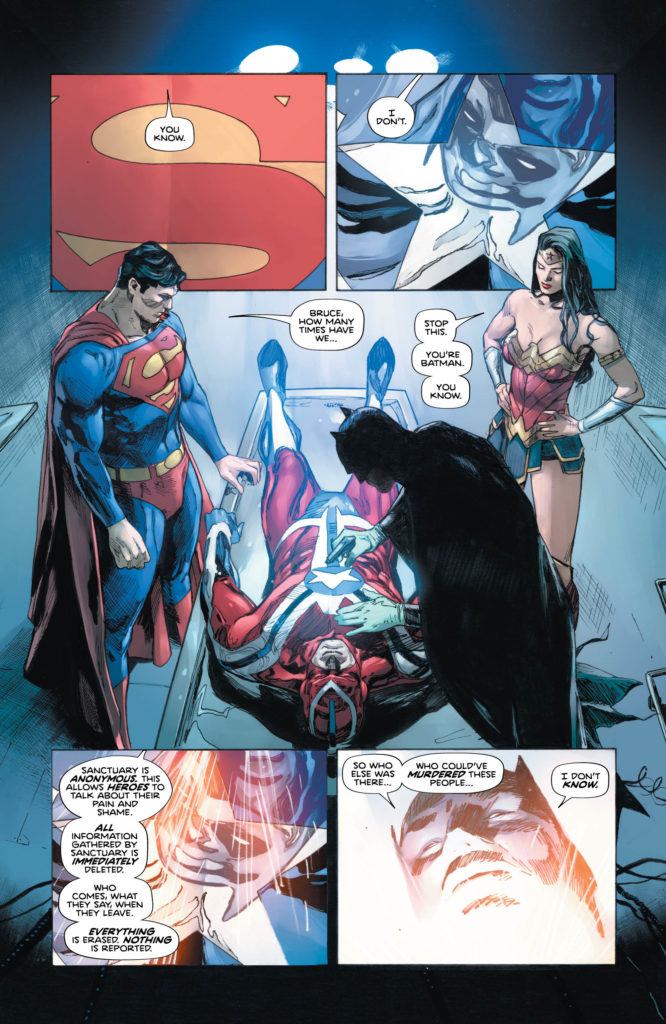 The dual storylines of our main suspects, Booster Gold and Harley Quinn, are dark mirrors to each other. They are seeking answers to the events of that horrible night. They are both seeking aid from another character. They are both quip laden individuals who are doing their best during this dark time. I personally think King has a greater grasp on the exact tone of Booster Gold. Although his Harley Quinn does have some iconic moments, it just feels a little inconsistent than some of the gems Booster Gold produces from his monologues. King’s handling of Superman, Batman, and Wonder Woman is par the course for his run, and he captures the growing tensions between the characters in the aftermath of Sanctuary.

In a timeline with a harrowing 24-hour news cycle, Heroes in Crisis #2 is an exhausting read that reminds us that we are all struggling. It is a series that shows us that no matter how powerful you are, how powerful the world perceives you, you are still vulnerable. You are still human, and there’s something intriguing in that meditation.