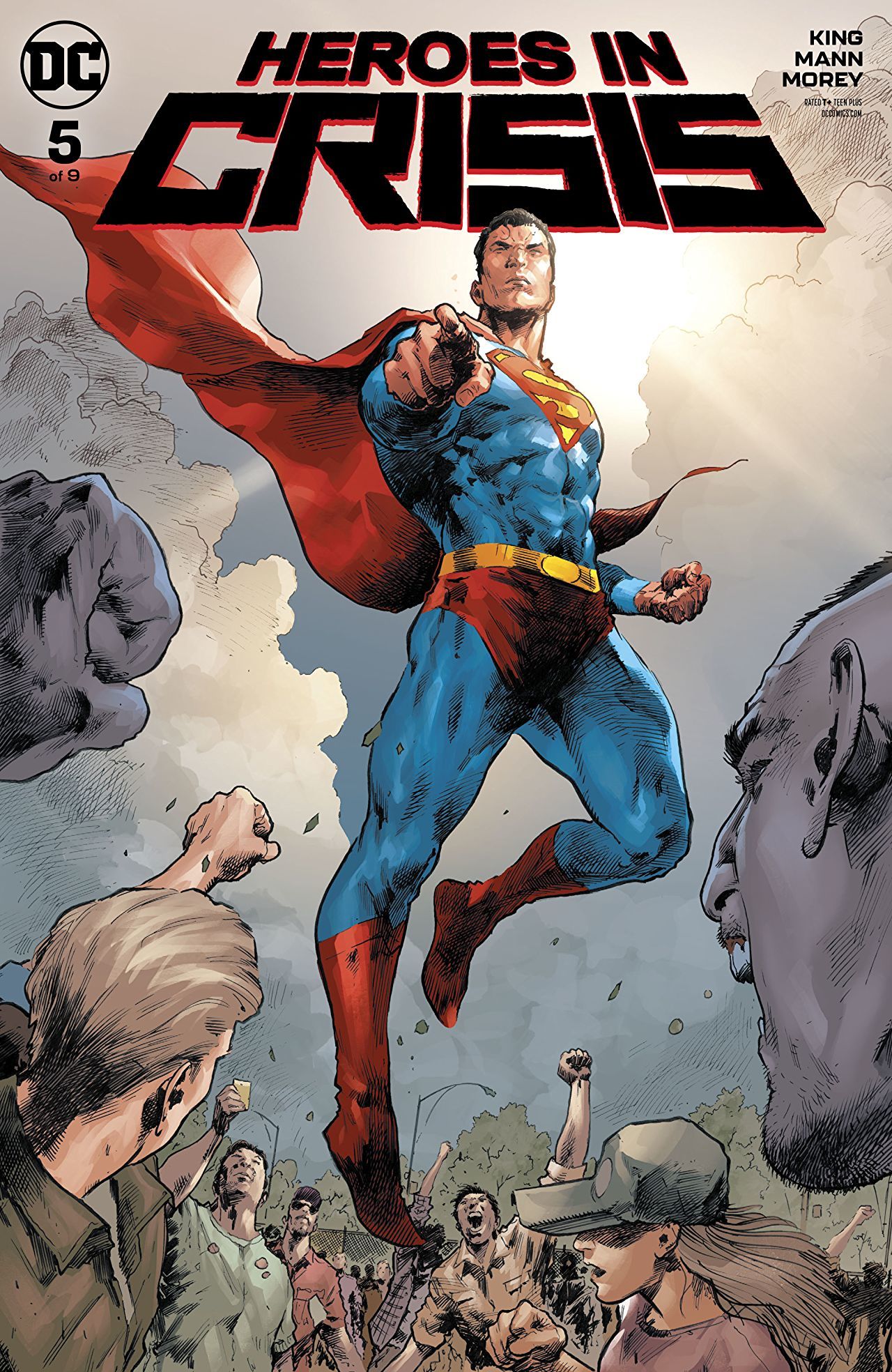 Blood in the Way

There are so many moments in Heroes in Crisis #5 that are salient. Between King’s incredible knack for dismantling the psychology of various characters and Mann’s equally awe-inspiring artwork that gives life to the story, the moments in Heroes in Crisis #5 can take your breath away. However, as we reach the midpoint of the series, it has become very clear that the whole isn’t exactly measuring up to the sum of its parts. While I’m enthralled in the pages, when I take a step back and try to piece things together, there are various disconnects.

Heroes in Crisis #5 opens with Booster Gold at Sanctuary talking about his past trauma before switching over to the present, where he and Blue Beatle catch up. Between the title spread and a single page, King and Mann encapsulate the dynamic of Blue and Gold and it’s a wonderfully beautiful moment of friendship. King highlights Booster’s deceptive intelligence/stupidity and Blue Beatle’s stark, straight talking counterbalance. Mann manages to show the personality of the duo with just the gestures of the hand and the casualness of their repose and body language. And that’s just the opening sequence. 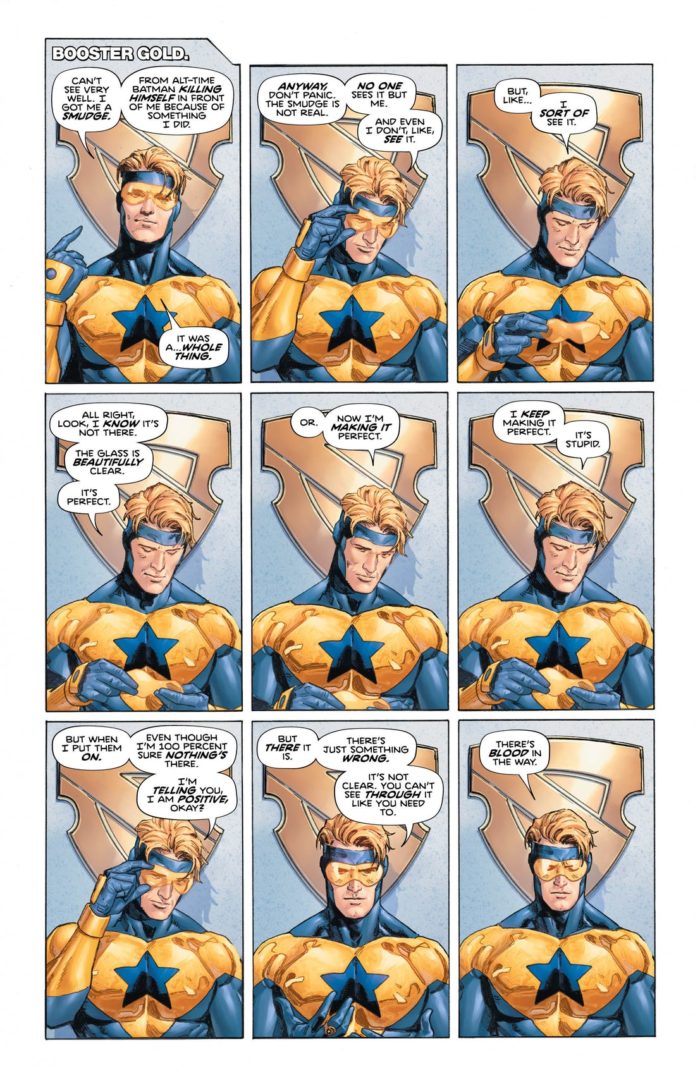 More interviews from Sanctuary. Batgirl and Harley Quinn continuing their team up and independent investigation from the Justice League. Clark and Lois dealing with the aftermath of the article. There is so much going on, but it’s easy to get keyed in on the vignettes. Holistically, King is trying to tackle the effects of trauma on superheroes, a murder mystery with three different investigations, a multiplicity of character studies, and how society as a whole would deal with all of the above. The sheer number of thematic elements and narratives being stuck in single issues is staggering, and as we reach the back half of the series, it’s hard to imagine a completely satisfactory conclusion. Looking back, it’s hard to say if we even had a satisfactory introduction.

All that said, I still think Heroes in Crisis #5 is worth reading. I still think the character work is top notch, and while the collection’s strengths will hinge on future installments, the scenes are more than captivating for me to forget everything else going in the world for just a moment and that’s something.