The birthplace of Hip-Hop has a secret that they’re not trying to keep secret anymore. Students love Hip-Hop! Students want counseling! Students fully embrace rap, poetry, and spoken word as ways to sort through their emotions! Yes, my friends, you all just read that correctly. The kids want an outlet! Hip-Hop is the answer.

Brace ya’selves, I’m ’bout to drop an amazing story on you right now. Currently the New Visions High School for Advanced Math and Science II (AMS II) is championing an after-school program that is literally changing the lives of dozens of impoverished, under-served, under-represented, under-funded, and over-critiqued young men and women of color.

The program was launched by AMS II under the direct guidance of Columbia doctoral student and Hip-Hop artist, Ian Levy. He was brought in as the 9th grade counselor but soon realized that the student population was hungry for a Hip-Hop after-school club, so he did what any educator and fan of #bars would do: he asked his principal to make it happen.

[divider type=”space_thin”]
A year and a half later and Levy’s office is now decked out in posters of Jay-Z, Kendrick Lamar, and Biggie while his desks are filled with Logic installed computers, MIDI pads, and keyboards with a corner complete with a mic, Beats headphones, and sound buffers. He now has a fully functioning studio in place so any and all students (not just members of the after-school club) can come spit whatever lyrics they need to, instead of sitting down in a traditional counseling setting that makes many young people feel uncomfortable. As Levy puts it, “The studio has become a culturally sensitive space for the school community to come write and record tracks about various emotional struggles they face. It has become an emotional outlet, a sort of space for healing, that they often do not have within schools.”

Just last month, the club was blessed with an unbelievable opportunity to spit for one of the biggest influences in music industry. But first let me give you a little context. Reebok, bless their old school hearts, contacted Levy and eventually provided AMS II with 30+ free fresh pairs of Reebok Classics.

[divider type=”space_thin”]
Reebok worked on getting a special guest to visit the school and check out the unbelievable work being done in this South Bronx Charter School. A few big names were tossed around until they locked down the one and only Sway Colloway. 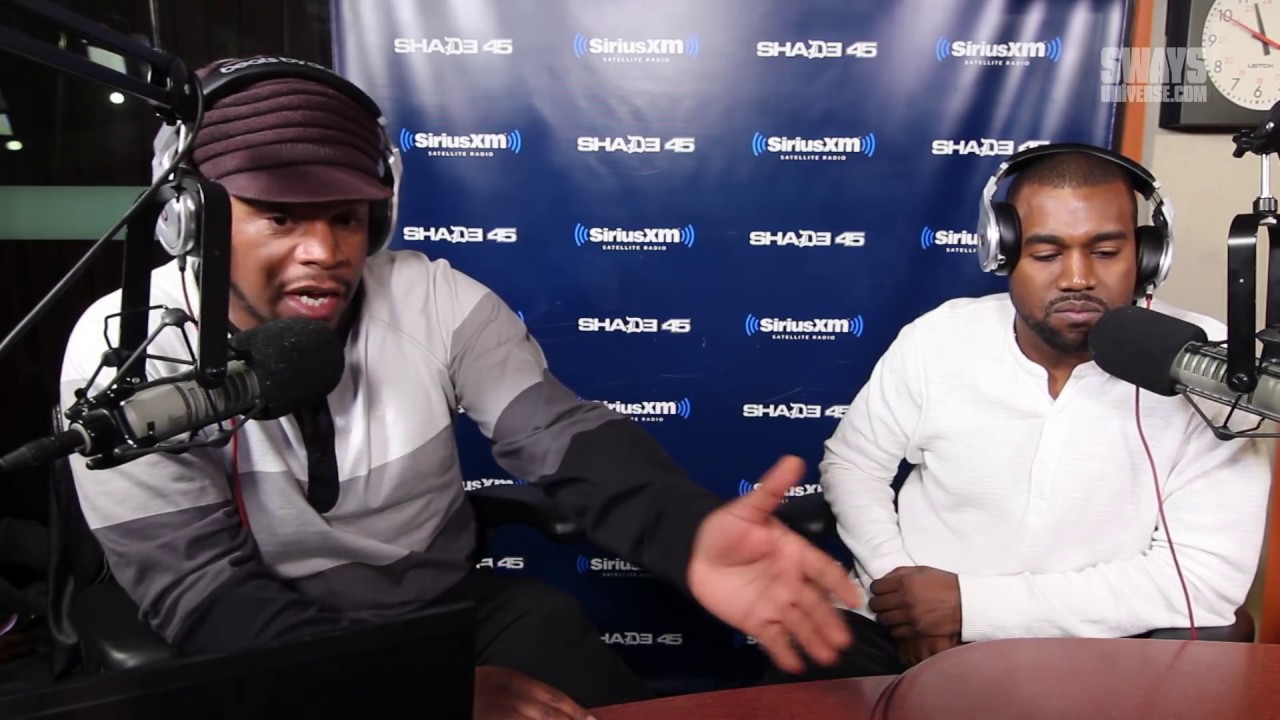 Sway came to the school to see the students in their environment. To see their studio. To see where they spend half of their daily lives. Oh, and to see them rap their tails off! News coverage was provided by News 12 and the students thought they were superstars getting to meet Sway and interview for a news outlet. Can you imagine? Being 14 years old, spitting for Sway with cameras and PR consultants swarming you? Believe me, it was insane to watch. Oh you think it all ends there? Nah.

Wait… DID I TELL YOU THE NEW YORK TIMES IS UP ON THIS? Back to our regularly scheduled article…

Sway told the students that he was inviting them to his domain. Sway in the Morning. Sway in the fuckin Morning people!! Logic, Lupe, Action, Childish, Yeezy, King Los… just a handful of the millionaire superstars to grace that microphone and platform…and he wanted our students to rap for the world??

Maaaaaaan forget the kid’s excitement, I was HYPE! Long story short, the students went to Sway in the Morning, got to see one of the biggest up and coming Chicago rappers in the Hip-Hop game interview and freestyle for Sway, then they got their chance. Boy did they deliver. Each student, about 15 of them, got up, donned the headphones, took the mic, heard the beat drop, and spit their teenage hearts out. Peep the video here as some of the young artists shone. Others faltered. Sway was ruthless. It was the excitement and heartbreak some of the students needed to push themselves to hone their craft and dig deeper into the writing process. It was the props some students deserved to validate their work ethic over the last two years and recognize the straight up FIREEEEE BARS they dropped, live on Sirius XM. Oh, not to mention the counseling session that simultaneously was going on, as the students crafted their verses around their fears.

These South Bronx students are truly blazing a very early and impressive path to greatness, all the while gladly using Hip-Hop to help themselves work through the hood drama and drive to make something of themselves. To make it to college. To make their parents, family, and friends proud. For these students right now, what a time to be alive!