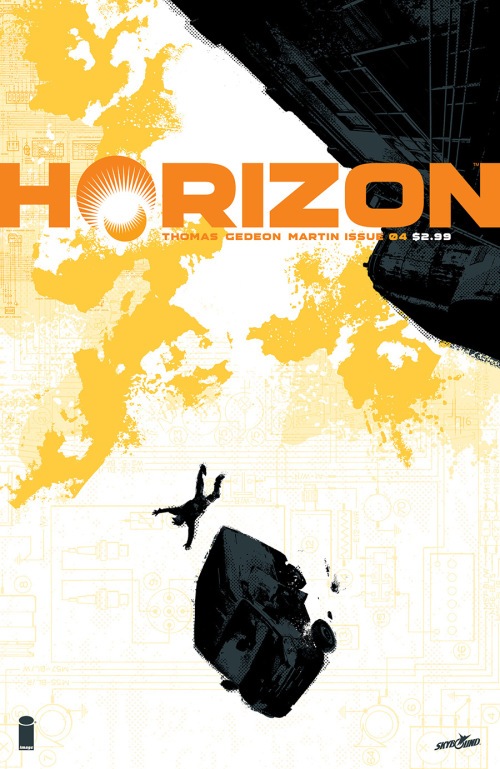 This comic, man. Horizon #4 expands on the action scene was saw in issue #3 – the one that was pretty standard faire – and turns it into an exciting getaway that launches our earliest exposure to this Humans versus Valians war. Zhia has a crew, that crew has arms, and this war just suffered its first casualty so you know its real. Horizon #4 is mostly a series of action sequences: the first following the Valian’s escape as Mariol performs impromptu surgery on Finn to remove the insect explosives buried in his body, and the last being Zhia’s initial act of revenge on a member of the little-known organization behind all this chaos. This issue moves fast, and it’s a whole lot of fun. 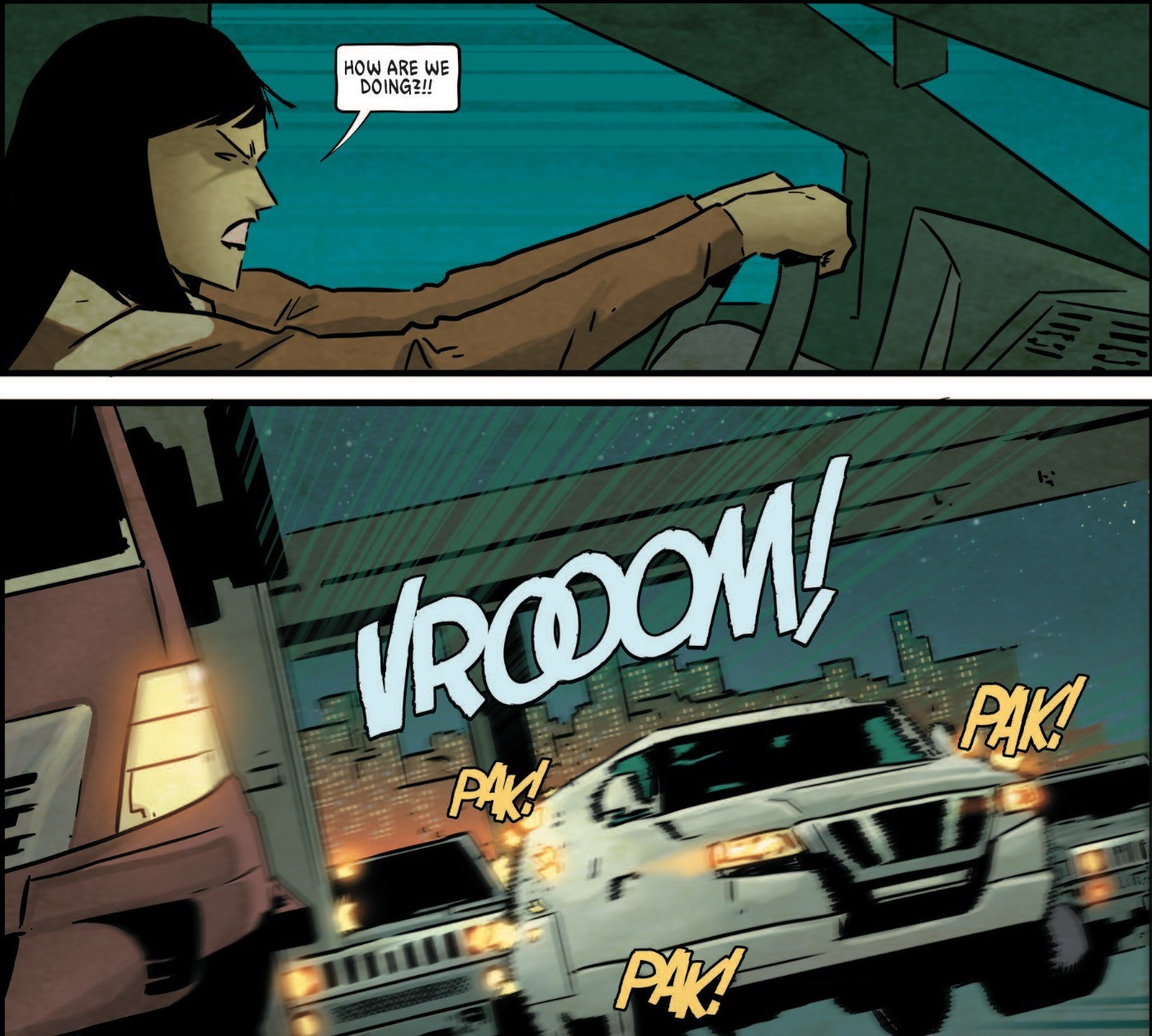 Zhia’s team is easy to root for as they are the quintessential representation of brothers in arms, a team of survivors that have a history that formed a special bond between them. They’ve been through hell and they know it’s only beginning, yet their confidence is an inspiration based in love for each other, that courage to fight for the person beside you, to take care of your de facto family, emotionally and physically, as much as you can. The imagery of certain scenes in this issue is beautiful, as is one particular moment off the battlefield when Finn, freshly traumatized having been detained and tortured, is showing signs of PTSD. 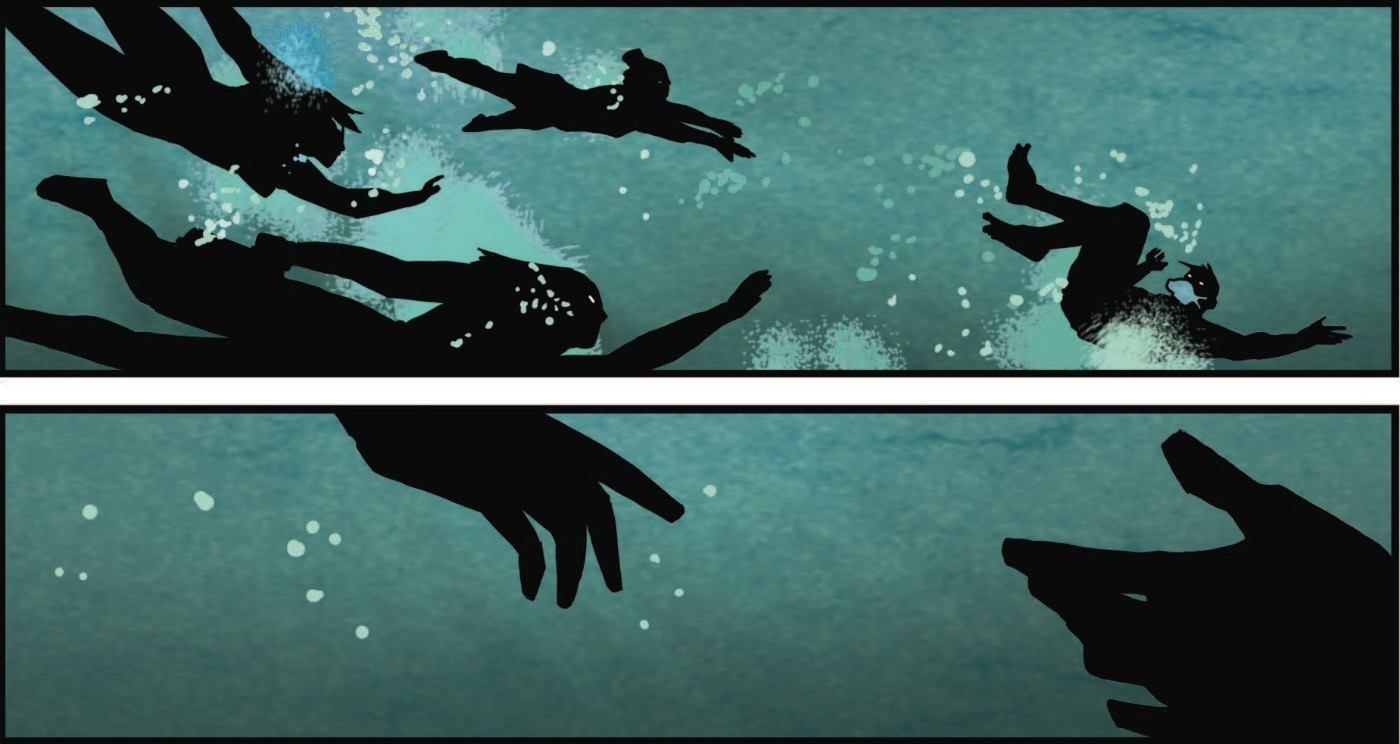 I had been expecting Horizon #4 to delve more into the makeup of the Valians, and maybe begin providing individualized insight into each character on the team, but alas, I was definitely wrong and still hope to see it soon. After such a fast-paced issue we might have an issue or two to step back and do some character building, because there’s definitely a lot to learn, not only to distinguish Zhia, Mariol, Finn, and the others, but the Kepler Conspiracy itself and its key players who we’ve only seen briefly and know relatively nothing about. There’s much to look forward to on Horizon.