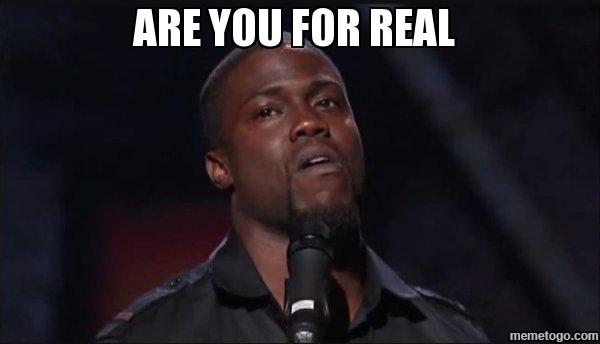 There comes that point where I am watching a scary movie (always being forced to) where the suspension of disbelief just straight up shuts down. I’m all for the classic horror movies and villains (not really) but I’m thinking shit would be a bit different with Black folk as the lead due to our experience with how we handle shit. I’m not saying we’re better survivors, I’m just… actually, yeah, that’s exactly what I’m saying. Maybe it’s just me, but I see plot lines going way differently when facing off against some of the horror icons. I’ll take the forefront with how I would handle these certain horror villains and thriller situations.

Let’s go with one of the biggest horror icons in the game, Freddy Kruegar. He’s got the claw hand thing going and he mostly merks folks in their dreams. Cats would usually try to stay awake in order to avoid Freddy, but when that fails they’re stuck in a nightmare where he is in control. That does seem scary, but there’s a reason Freddy’s ass kept that shit in the ‘burbs. He wouldn’t be trying to get in Omar’s dreams from The Wire. Freddy know better than that — all I’m saying is he tries going in a Black dude’s head? He getting beat down by the cops early, which would be the safer bet cause then I’d have my whole squad come out and roast him for what he’s wearing. “Look at your shoes, boy! Lookin’ like Dick Van Dyke’s hand me downs. Oh my gawd, look at his watered-down Where’s Waldo sweater doe!” Freddy wouldn’t even be able to handle the fucking jokes being snapped on’em at damn near light speed. There’s nothing to protect Freddy once a brother gets in his in earth bending roast stance with the hand at an acute 45-degree angle.

What, he gonna try and go into a Black woman’s head? NOOOOOOPE! He’ll get crushed by the tempered glass ceiling they face daily. Oh, it ain’t a problem for them since they gotta punch through that shit daily, but Freddy can’t. He never been in a dream where the white privilege is working against him. I would have loved seeing Freddy try to come up in my mom’s dreams. He’d be doing the dishes, taking out trash, filing her taxes and using the his knife gloves to do mani-pedis QUICK! I’m not hearing it with you, Fred.

You watch this tape then you die in 7 days… Dude, it’s 2015 there ain’t shit worth dying for on a VHS tape even if it’s labeled NSFW. I’d only give you this scenario if there was a torrent for this shit, man. That’s the only way anybody I know going to peep this. This was a simple fix cause as soon as I see her coming out the TV I either change the channel, break it, or chuck it out the window. If she comes out my laptop… arghhhhhh… I think 40% of me says I’d give it the Falcon punch.

but there’s that 60% of me would make me hesitate to hurt the computer, sooo… 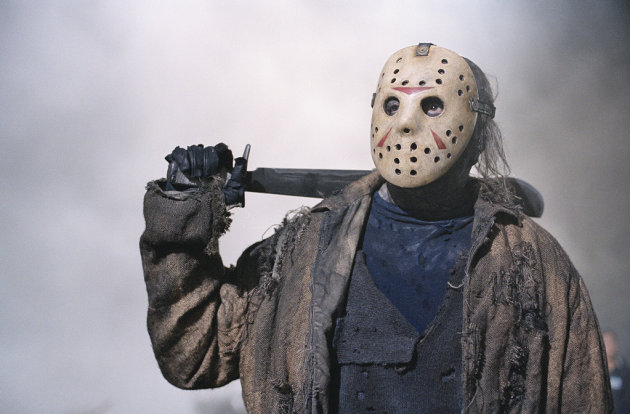 First and foremost, I’m nowhere in any part of America where walking round with a machete and a hockey mask is a regular thing where no one bats an eye. I see a dude in a hockey mask and there isn’t a goal, referee, or ice in the vicinity? I know it’s time to go. Also I’m pretty sure everyone hears that “ch-huh-ch-huh-ch-huh-ha-ha-ha-ha” sound when Jason is around more than likely because he is making it himself. As far as tactics, I’m running. Now I know everyone is like “Ooooh, Jason is slow but he catches you”. FUCK. OUTTA. HERE. WITH. THAT. SHIT.

They always trip over something in the woods (I’m convinced everyone been tripping at the same spot in the same woods in movies for years). I ran track in high school for this occasion fucking specifically, man. You not just running for your life, you’re running for the team. I’m making it to my fam to be like, “Man, you ain’t gonna believe the shit I just saw… I was out soon as I saw dude. I fuckin’ ran, man. Y’all woulda been proud of me.”

Worst case scenario I know Jason is weak against water, so in that case I’m gettin’ Sharkeisha or Solange to take Jason down cause their fighting style might as well be Water Bending from the Avatar: The Last Airbender series. Jason wouldn’t stand a chance cause he know… 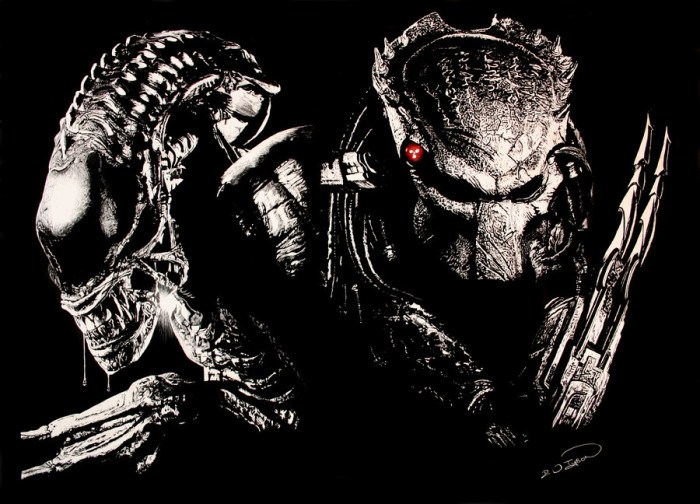 Dealing with Aliens is simple. I’m not going into space. If I was one of those folks that applied to go on that Mars mission then I’d have a more strategic answer, but since I have common “nah I’m good” sense, Aliens wouldn’t be a threat. However, Predator is a bit different. Predator goes to planets looking to start shit, so there’s no avoiding that that shit — the hunt is their right of passage. Predator is similar to the Black experience with police as they lie in the cut and then decide to come at you because they got the power to do so, because (as we’ve been reminded) we’re the most dangerous game. The main difference is there’s a code with the Predators. You fight back to take’em down and they’ll dap you with respect, as Michael Harrigan (Danny Glover) showed us. Or you can help them out in the field as Alexa Woods (Sanaa Lathan) did and afterwards she was rewarded by getting the insignia recognizing her as a warrior by the clan (#NotAllPredators?).

So, at best, I’m helping out Predator somehow. I’m straight up telling him, “Look man, I’m showing my allegiance with you, so who we after? Drug Lords again or aliens, cause I don’t like either of those mother fuckers no way no how anyway.”

Straight up going toe-to-toe and pound for pound with Michael Meyers. You wanna ask why? Cause fucking Busta Rhymes gave him the fucking jumping front kick (in Timbs!) out of a window. Since that is technically a WWF move, and I hold true to the theory that whoever gets hit with a WWF move in a fight automatically loses (even if they win), I’m nailing Meyers with that HBK Sweet Chin Music and letting the chips fall where they may. 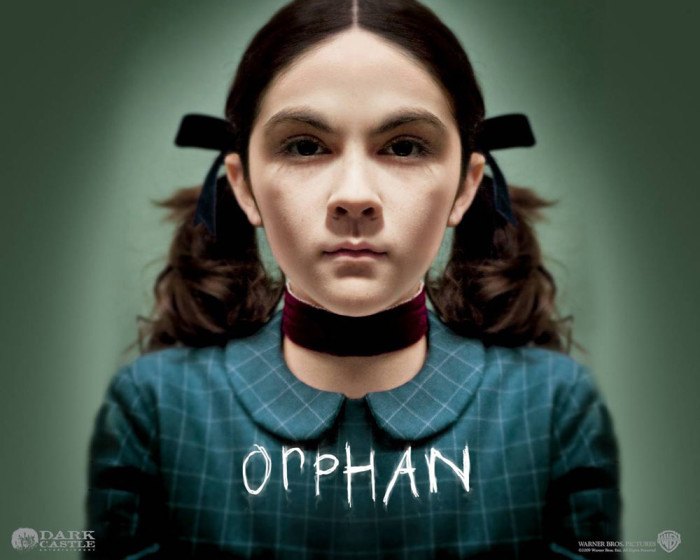 Ester was posing as a 9 year old girl, but she was actually in her late 30’s and mad disturbed. She might not be a in the same league as Freddy and them, but my mother loved this movie and my brother had the perfect retort for the entire film. “Nope. Nooooooooooooooooooooo way. I’m not going out like that. I’m scoop-slamming her like Matt Hughes and doing some UFC knees if need be. Taking her right back to the orphanage and not even stopping the car when I kick her out. Shortest movie ever. If you went to get popcorn, too bad, you missed the entire film.” Again man, this is a serial killer that can only flourish in the suburbs. He can’t come through Newark or New York dressed like that unless it’s Comic Con. That’s the only time this dude would actually be able to pull off any killings. If it’s me and I see dude jump out, I’m automatically assuming he’s a street performer. I’d give him some change and keep it the fuck moving.
Dinosaurs [Jurassic Park / Jurassic World]

There’s no way on any part of the universe would I be caught at Jurassic Park or Jurassic World. Like, what’s a better survival plan than utterly refusing to go because there’s a muh fucking park… with muh fucking actual dinosaurs. No. Just hell no. But for argument’s sake, let’s say I’m a 10 year old that wants to go on a field trip there or whatever. Son, MY. MOM. WOULD. NOT. BE. HAVING. IT. First off, I’m going to assume she isn’t sending me to the Flintstone’s Trap House because, A) She loves me, and B) She would tell me if I wanna see dinosaurs I better take my ass to the museum and pet one of the dead ones on display. I could hear her now sayin, “Must be out your mind talkin’ ’bout some Jurassic World. Why don’t you go clean your room and see if you find any fossils in there, cause you ain’t cleaned it since they cloned the first damn dinosaur anyhow.” News would break about the dinosaurs getting out days later.
[divider type=”space_thin”]
Are you following Black Nerd Problems on Twitter, Facebook, Tumblr or Google+?