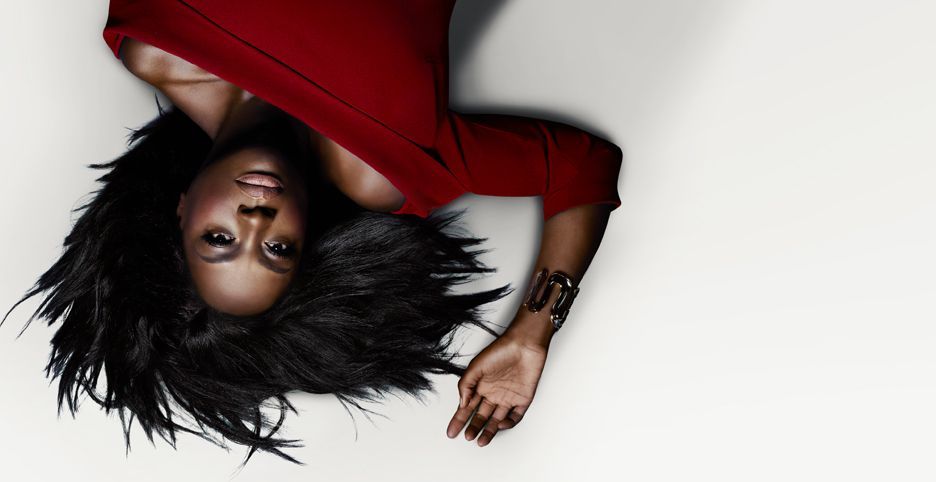 How To Get Away With Murder // ABC

In this month’s recap of
How to Get Away With Murder.

The FBI is officially on the case to lock up Annalise Keating. I was already mad 30 minutes into the first episode to be quite frank (no pun intended); because we all knew how this was going to end before it even started. I don’t know if any of you expected Annalise to have a wonderful escape, and live her best black girl life, but I sat there in front of the television with my non-alcoholic mimosa and watched her get carried away. I waited for this big escape since last year and I knew it wasn’t going to last that long because they got two of the most vulnerable members (Connor and Michaela) caught up with the feds.

Honestly, I feel like it is important to note the complicated relationship viewers might have with Annalise throughout the series. Internally we’ve always rooted for this black woman to win. Whether it was when she was reclaiming her time, transforming after grief or protecting others from their own cultivated demons: the overarching metaphor of being (or perceiving someone as) a black mother comes full circle the moment Annalise got caught by the FBI.

We wanted her to feel happiness and knew, with all of this chaos, it almost felt like this pain was inevitable. It was complicated because when death surrounds you, and even though you’re not the one who committed the murder directly, there is an indirect responsibility to trying to “save people” from the action. Whether it was a passionate mistake, or a slip, or an act of defense, they all domino effect into one another. Which we all saw coming, but secretly prayed that it wouldn’t. 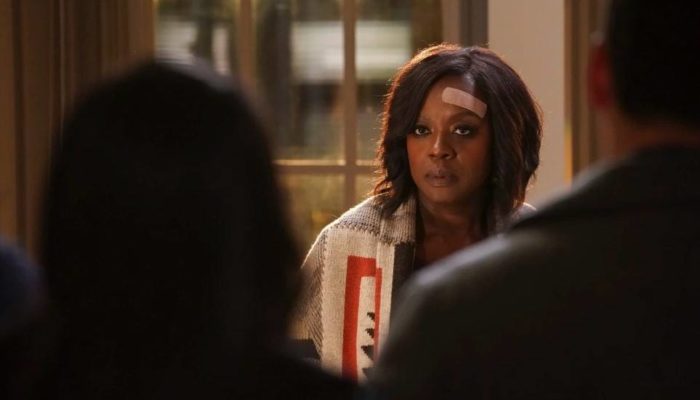 “We signed a deal with the devil, Michaela”.

The first episode after the hiatus “We’re not getting away with it” highlights the ongoing dilemma of sacrifice. If there is anything this series taught me is that every day there will be an act of sacrifice. How minimal or detrimental it is, depends on what they day brings to you. For the students, they always battled with reporting or withholding information because of the weight that certain information carries. Before Oliver got involved completely, blissful ignorance was something he had to sacrifice in order to comfortably love Connor.

Here, we see Oliver sacrifice himself in attempt to reduce the likelihood of his husband’s entrapment. (Sure it’s partly because of the cries of Connor’s white mother who put his “manliness” into question which is a whole separate conversation about sexism and homophobia). But nevertheless Connor and Michaela both experience the power of sacrifice in the face of power dynamics that could essentially change their lives.

What it is to sacrifice

In Michaela’s instance, it is the relationship with her father. Like Annalise the struggles of being a black woman in law comes with struggles. You often have to present your best self, and not have any lingering weight that could deter your image to society. Being involved in, and associated with, the covering up of murder cases gradually increases that weight.

Michaela not having her father in her life until recently, has to actively give up trust in Annalise in order to latch on to the trust of her father. While trying to protect themselves (Connor and Michaela) the sacrifice has always been releasing Annalise. The final season of How To Get Away With Murder is a testament to sacrifice. The act of giving and letting go. Sometimes being the giver, will in the same breath make you the receiver of pain.

“She fought the Supreme Court for your daddy. And I know you miss him, but you taking your pain out on Anna Mae isn’t the answer”.

Though this may be true, this does not release Annalise of the trauma caused to the students throughout the series. Certain forms of protection require limited, full transparency. There have been times where Annalise has not provided full transparency in order to protect someone else.

The question with How to Get Away with Murder is not: “What is good” versus “what is bad”: it is, what will provide the least amount of damage? The series addresses this especially when they all have to ultimately go to trial and state their case. What I hope to see more in this series is how the act of sacrifice plays even more in other characters like Frank, Nate and Bonnie. What does sacrifice mean when it comes to regret? I’m excited to see the reality they will have to face when their greatest shield, and their greatest obstacle, becomes the focus of everyone’s downfall.

Want to find other How To Get Away With Murder recaps? Find BNP’s other reviews of the series here.