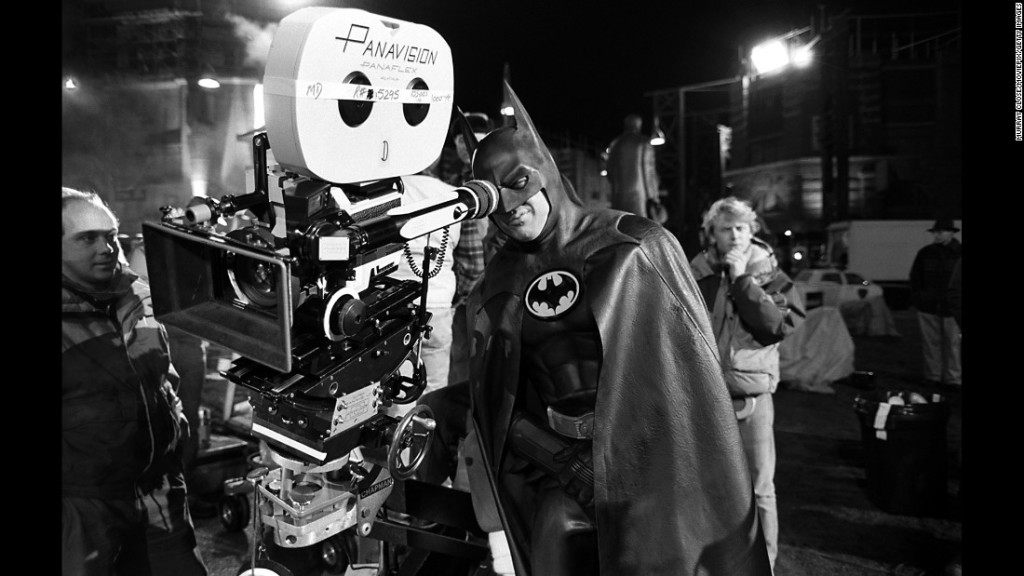 I want to talk about life on the other side of the camera. As a lover of movies and television, I am also a lover of movie magic and being a part of what makes it all come together. This is also the case for many actors, big name and small. I’m gonna point out the unsuspecting white industry professionals, producers/ executive producers, and casting directors who could be driving the future of the Black narrative and nerd scope in film. Looking at the real question: Is it about diversity, allyship or just making money off POC?

I want to first preface some important factors. In Hollywood there are many different ways to get involved on the producing side of the camera, it is a nuanced situation but I’ll highlight a couple points. Some films and TV shows will give producer credit to longtime veteran actors involved in their projects, giving them more input on the project. Some actors may throw money at the project and the higher execs will say, “hey let’s name them as Executive Producer!” This gives the film or show a different type of cred, as well as the actor. We see this with Stan Lee, as a creator of the Marvel Universe, he gets Executive Producer credit and cameos, but the likelihood of him on the ground assisting in production is slim. Other times the actor or creator is super involved in the production process and might also have a bit part in the film or series. Then there’s the times you didn’t even see them coming and you wonder how and why they are behind the camera on this one.

If you do not know Sarah Finn, that’s because she doesn’t get in front of the camera but gives others the time to shine. Sarah Finn is a leading casting director in the industry. Full transparency, as actors we research casting directors who cast projects we love and more importantly cast for our specific brand of actor. If you know you do awkward comedy, you’re going to search for casting directors of Friends From College or Silicon Valley. For actors of color, we ask, “do they cast Black people?” It’s a real thing — I’m not necessarily going to seek out the casting director of Two and a Half Men or Seinfeld but probably for Atlanta and Insecure. Like everything for people of color, there’s always extra steps, more hurdles to jump, and strategic action to be taken. It’s not only – do they cast the type of dramatic actor I am – but goes beyond to, do they cast women and people of color? Sarah Finn has not only been breaking boundaries and opening the door for women and POC, she’s a lead casting director in the nerd movie industry we love. 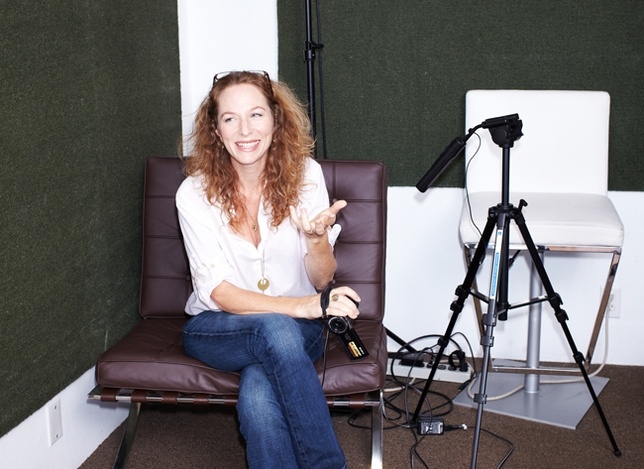 She’s responsible for casting everything John Favearu has worked on including Iron Man and Jungle Book. She casted for projects like Kong Skull Island, Agent Carter, and oldies such as 16 Blocks and Coach Carter. She’s behind the casting innovations of Spider Man Homecoming. For me, Spiderman was a diversity win from casting of Flash Thompson as a POC, Liz the love interest as mixed, Zendaya as “MJ” (I won’t say Mary Jane since… she’s not Mary Jane). Literally Tom Holland is the only white person in his school. You know why… cuz they’re in Queens! I respect the casting that reflects a cultural landscape of the location. Of course it’s still Hollywood so we’re not saying good job you did it! Hollywood still has a long way to go, but Sarah Finn does the damn thing in opening doors. 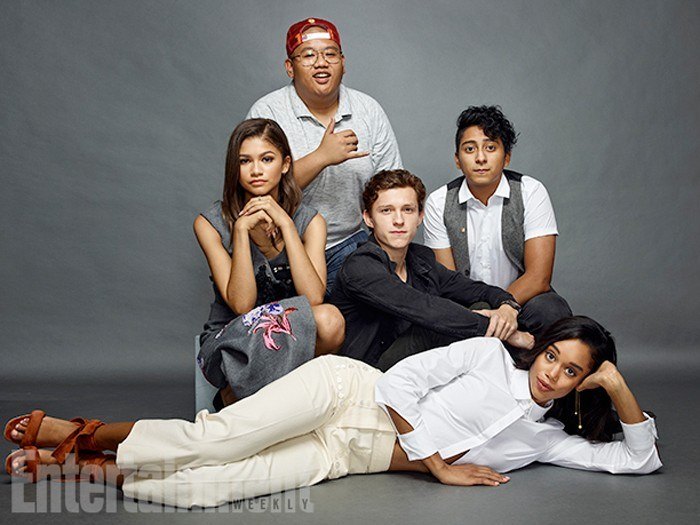 Lastly, she is responsible for hands down the best casting in Marvel history – Black Panther. The world is not even gagging over the story of the Black Panther flick, sure nerds around the world are anticipating it, but the driving force of excitement is the cast of beautiful brown actors that you cannot wait to watch interact in the fictional POC paradise of Wakanda. 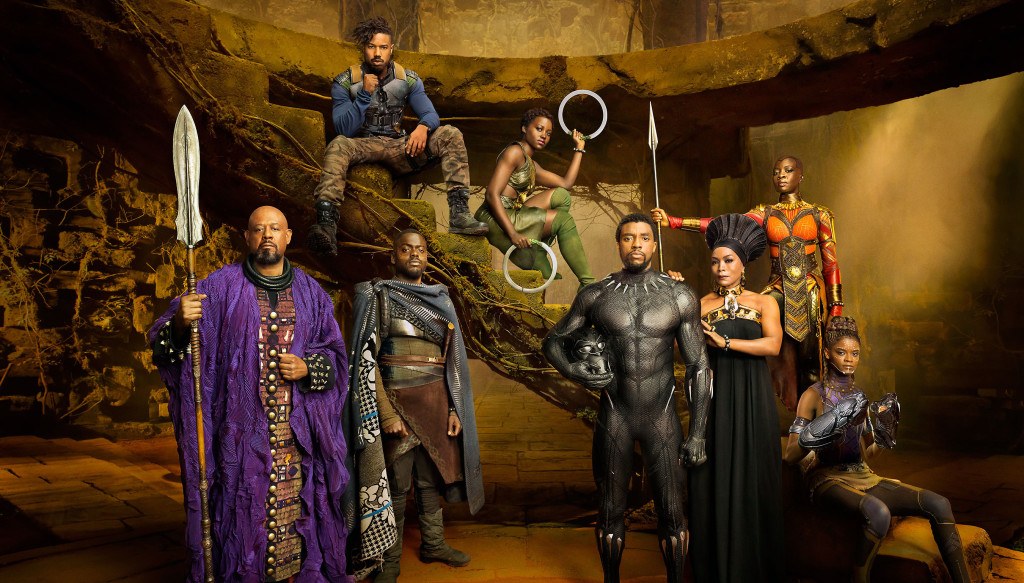 I just need some impacting face-time with this casting director to secure my spot in Black Panther 2!

There is a producer who is getting involved and backing projects that truly open up pathways for the new Black narratives and historical integrity in film and that producer is Brad Pitt. 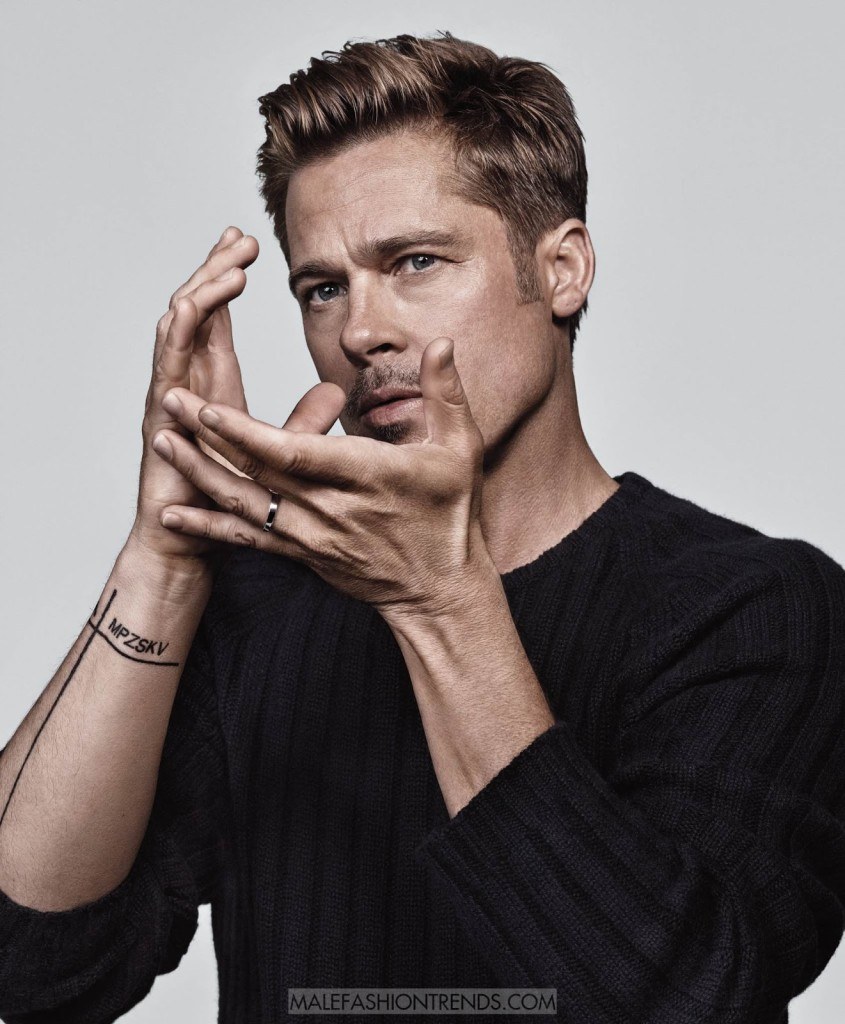 You may have seen him in 12 Years A Slave as Bass who essentially frees Chiwetel Ejiofor’s character from slavery. Not only was Brad a key player in the film however much screen time he had, he was also a key role behind the scenes as Producer. His role in the film makes me feel like he did have a hands-on role in making this film happen. Brad has produced a plethora of award-winning films from The Departed, The Big Short, and even nerd films such as Kick Ass 2, but even with that resume, the POC films he has invested in have truly been influential in Black representation in film. Not every actor-producer can claim this. One of the notable films he has produced is Selma, yes a period piece on an revolutionary leader (not like we haven’t seen these before), but Selma truly shined a light on some of the other characters in the movement for what is was — the role of women, the role of youth in the movement and artists — it upheld and kept the integrity in historical storytelling in film which is what I feel made it unique.

It is telling when a producer decides to put their money, their time, and their worth behind a film and for Brad to Executive Produce Moonlight feels like the ally we can appreciate in Hollywood. Moonlight not only told a Black story, it was unafraid to just be. There are more stories than we can even imagine about the white adolescent experience into manhood. Moonlight truly told this story for a Black man, and a Black man discovering himself in an honest truthful and raw story. With the most beautiful cinematography and superb acting I have seen, this was not a historical depiction nor a film for awareness or to make you understand the Black experience, it was a story about a young man and his journey into adulthood. However involved Brad was or not in the making of the film he chose this story to back because it is a story that needed to be told. 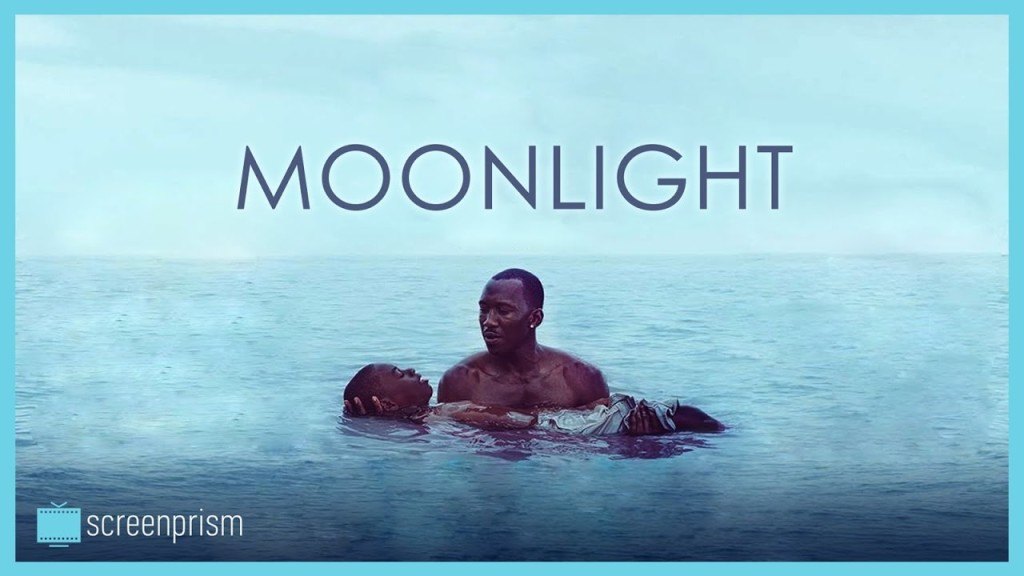 Next up on Brad’s roster is a film called Wrong Answer, written by Ta-Nehisi Coates and starring Michael B. Jordan. It is about an Atlanta school teacher and his students. The film is still in the works but if Brad is backing it, I believe in its merit. With all the types of film in the Black narrative that Brad has chosen to be a part of, it does raise the question — is Brad playing the white savior behind the camera as well?

For whatever reasons Brad has chosen these films, backing such strong and inspiring narratives and forms of storytelling in film – bring it on!! Giving Black and brown directors, actors, and producers agency and a place in Hollywood we have never had, I’m down to call him an ally in the industry.

A co-worker brought it to my attention that actor Kelsey Grammar has also dabbled in the Producing and Executive Producing world and some of his choices have led him to POC stories. He has me raising eyebrows. 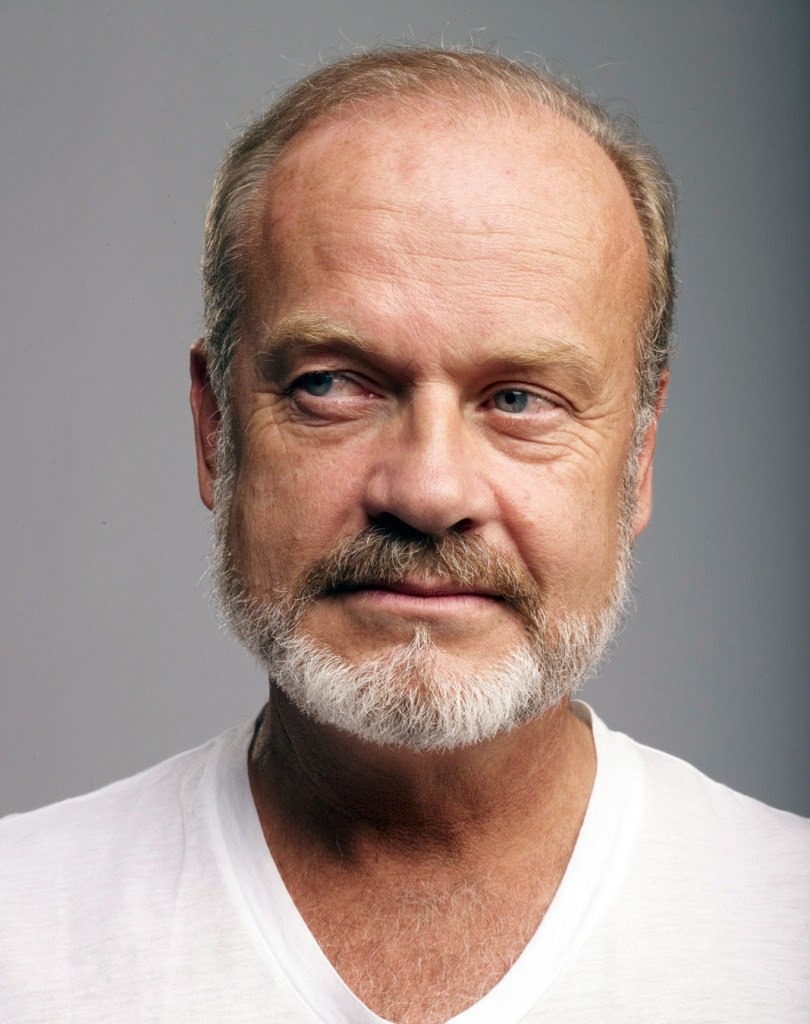 I went down the IMDB rabbit hole for proof. Kelsey Grammer is the Executive Producer behind the hit show The Game on BET. Now I have no way of telling what his involvement is on the show, whether he just invested money or invested real time. I have not seen The Game but it seems akin to an industry version of HBO’s Ballers, but before Ballers. It was seriously popular for a long time, is Kelsey really about this life?

The next show Kelsey is responsible for will blow your mind. Mr. Grammer brought us Girlfriends! What?! Yes, Kelsey Grammer the man from Frasier, who played Beast in the original X-Men films and is a Broadway star, Executive Produced Girlfriends. 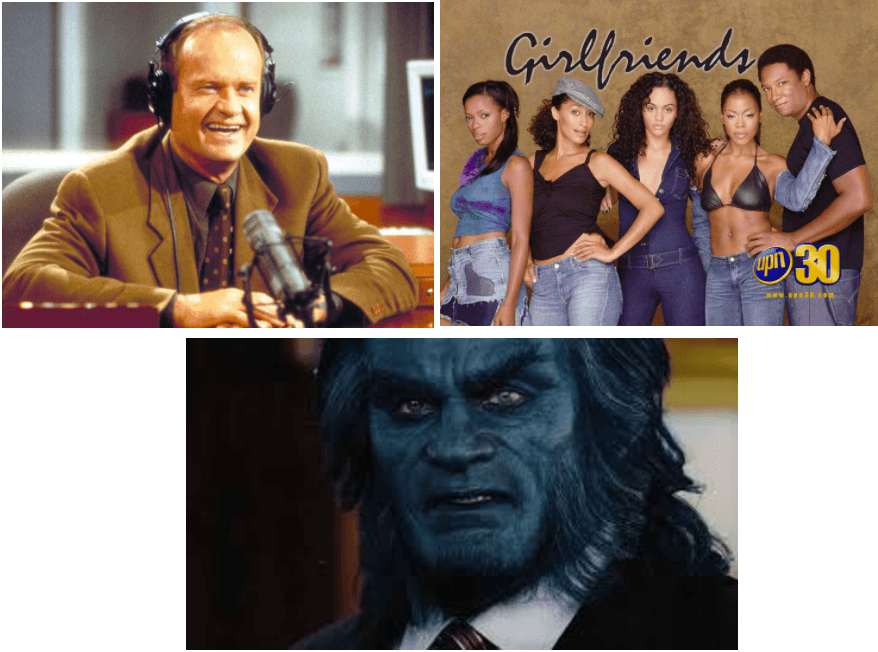 Girlfriends was one of the first sitcoms representing modern Black women on TV, (props to Living Single for paving the way, of course). This show really brought my girl Tracee Ellis Ross to the map, gave voice to Black women, and gave all WOC a show to connect to. The question is, does Kelsey Grammer believe in representation for POC in Hollywood or is he simply making a smart investment in a cultural lexicon?

In the end, I am acknowledging our allies on the industry side, our agents of change and investors in our worth. Of course there are industry professionals of color whom I will and need to shout out next. The fact is, Tinseltown has been a white man’s game for a long time and we out here making big moves with Black and brown actors and directors definitely deserving of shine. And Hollywood, because of the work of some possible allies, is making space.