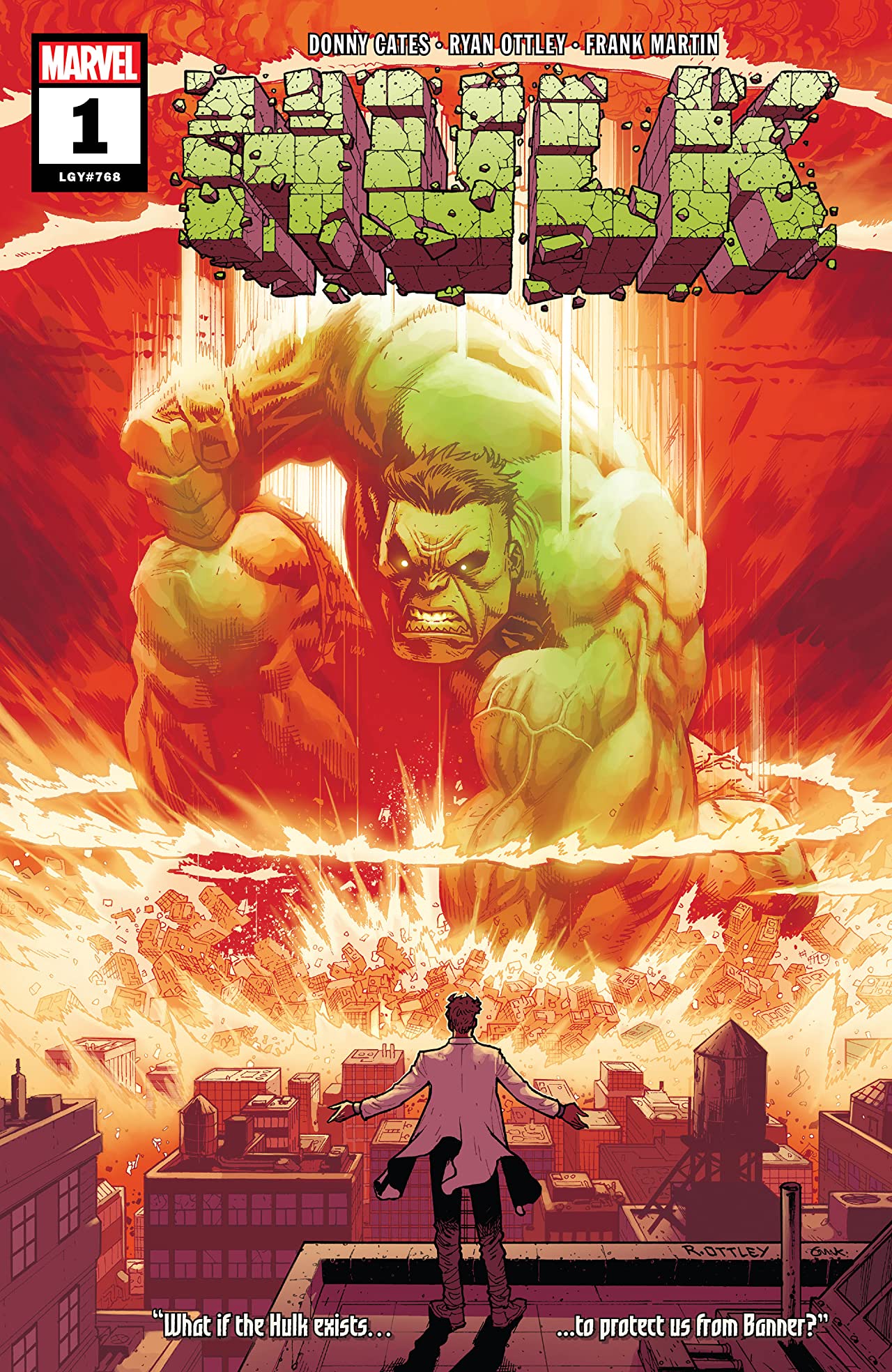 It’s an understatement to say that any follow-up to Al Ewing’s immaculate Immortal Hulk series has a tall task. Still, the job needs to be done and if anyone can bring wild ideas to a comic book, it’s usually in good hands with Donny Cates. Cates and Ryan Ottley lead this new run on Hulk, offering up some pretty interesting ideas and nonstop action. Hulk #1 is promising. This new start to the Hulk sets up an intriguing look at the dynamic between Banner and Hulk’s relationship and his place in the Marvel universe. Let me tell you, it’s a hell of a concept.

We’ve seen many versions of the Hulk – as a hero, with Banner’s intelligence, as an agent of vengeance, and so on and so forth. But what about Banner? He’s usually the tortured soul trapped in his own body. His condition as the Hulk often overshadows that he’s one of the top minds in Marvel. Now, we’re seeing Banner that’s just as angry as the Hulk and in full control. He’s using that intelligence to trap the Hulk in his mind and use the Hulk’s body as he sees fit.

It’s a story that asks the question – What if Bruce Banner was the villain? This book is all rage and fury and Banner like we haven’t really seen before. I like it. Sure, Banner has been determined before and used the Hulk as a weapon but now, he’s angry in a way that he’s lashing out. A sharp contrast to the meek version of the character who just wants his nightmare to end. Cates and Ottley have made Banner downright ruthless, and it’s scary.

So scary that the rest of the Marvel heroes have taken notice. The worst part is that nobody knows what he wants. One thing that I’ll say that this issue makes apparent is that Bruce Banner can do anything on this Earth without the Avengers questioning his every action. It’s sad how little faith or trust they are willing to have in Bruce and the Hulk. I hope that distrust is addressed sometime down the line.

Hulk #1 is a winner. Cates is looking to explore a side of Bruce Banner we haven’t seen before. Meanwhile, Ottley delivers with bombastic visuals and a detailed look at the new state of Bruce Banner’s mind. I’m looking forward to seeing how Ottley illustrates what the inside of Bruce’s mind palace looks like. This might sound strange but what works best about Cates and Ottley’s opening Hulk issue is that it largely ignores what’s come before. It doesn’t pretend that the events of Immortal Hulk didn’t happen, but it moves on from them, not letting its narrative be shackled to it. There’s no point. Instead, it focuses on setting up the new status quo of Banner and the Hulk, giving readers something they want to come back to.