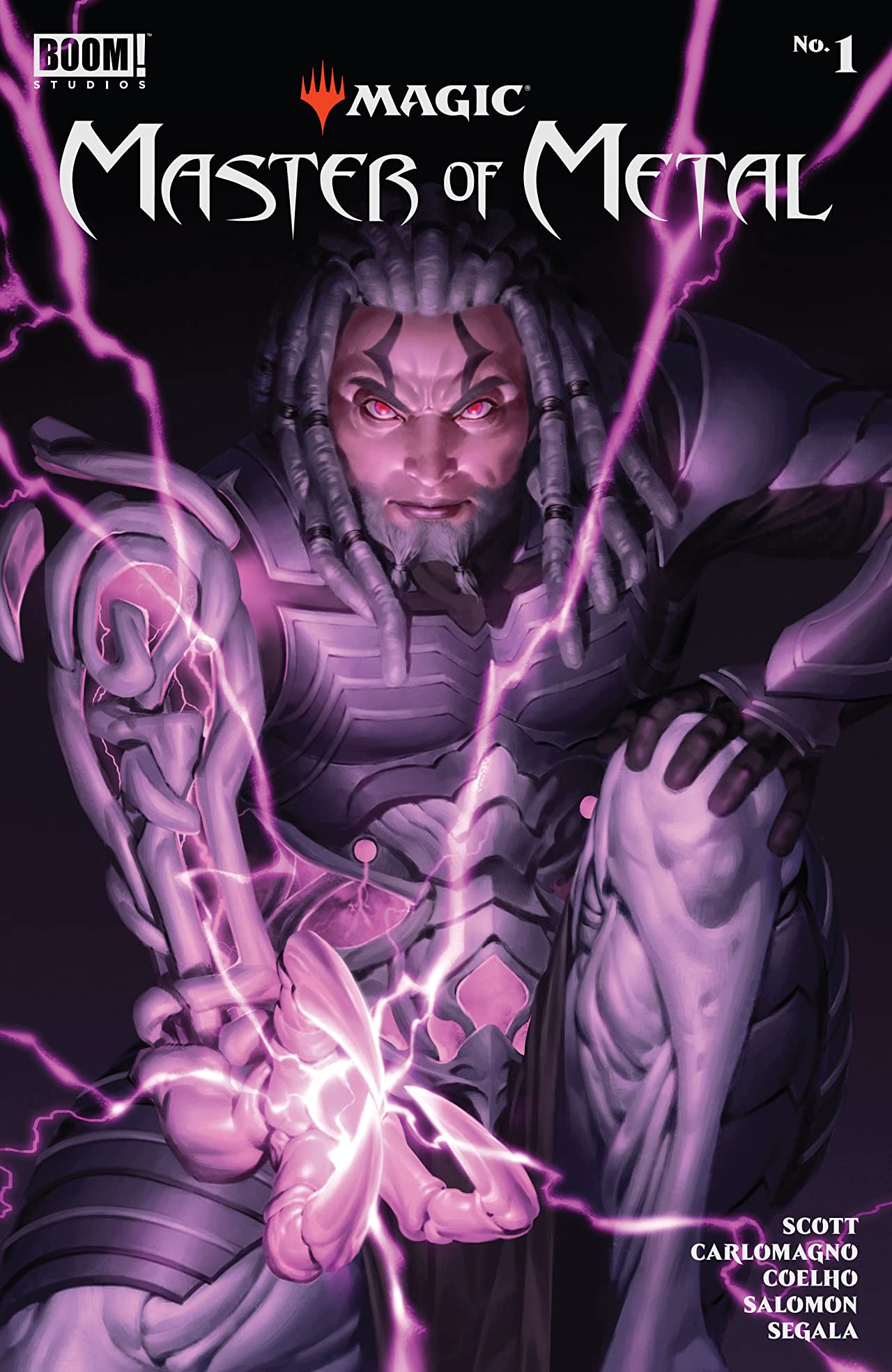 One of the first long pieces of fiction I ever read was the novelization of Magic: The Gathering’s Ice Age. It centered around Jodah, Archmage Eternal, a character who didn’t make it into cardboard until many years later, but the point stands that I do owe a nontrivial part of my love of speculative fiction to Magic, and I’ve been digging the recent comic additions to the universe. As such, the latest Master of Metal one-shot definitely spoke to me.

Tezzeret, the planeswalker artificer from Esper, is mechanically and thematically one of my favorite characters. Ambitious and adept at both social and actual engineering, he is a brilliant antagonist who has met his foes directly and indirectly, and any sort of insight into his character is always welcome in my book.

Master of Metal is a collection of four, interconnected one-shots that showcase different aspects of the character. Mairghread Scott does a fantastic job of writing a perfectly sinister and charming tone for Tezzeret and puts him through a veritable gamut of situations. We get a little bit of backstory, a little bit of long-term scheming, a little tinkering, and a little bit of a lot of the future conflicts to come. It’s a fun read that covers a lot ground in the 40-pages, maybe to the point where I would have enjoyed having it to be a two-parter to give it a little room to breathe, but regardless, Scott captured what makes the character and the universe so interesting.

Big props need to allocated to Francesco Segala, who helped unified the coloring of the three artists. All of the illustrations from Carlomango, Coelho, and Salomon were visually delightful, but it was Segala who helped ensure a standardized style that welded the story together. Like with the other Magic comic, the artists have a lot of fascinating set pieces to work with, and they make use of the different fantasy elements in the sandbox.

Master of Metal manages to walk a fine line of being an independent story that also has clear ties to the mainline universe. It is a fun and welcome read and makes for a great villainous story that vest our interest in the world. If you like the character, you can pick this up and enjoy getting some glimpses into Tezzeret being Tezzeret, and if you like the world, you’ll be very happy with all the different elements and callbacks in play. Magic comics continue to fill a neat little niche in my week to week reading, and I hope if you have a passing interest, you support the multiverse.