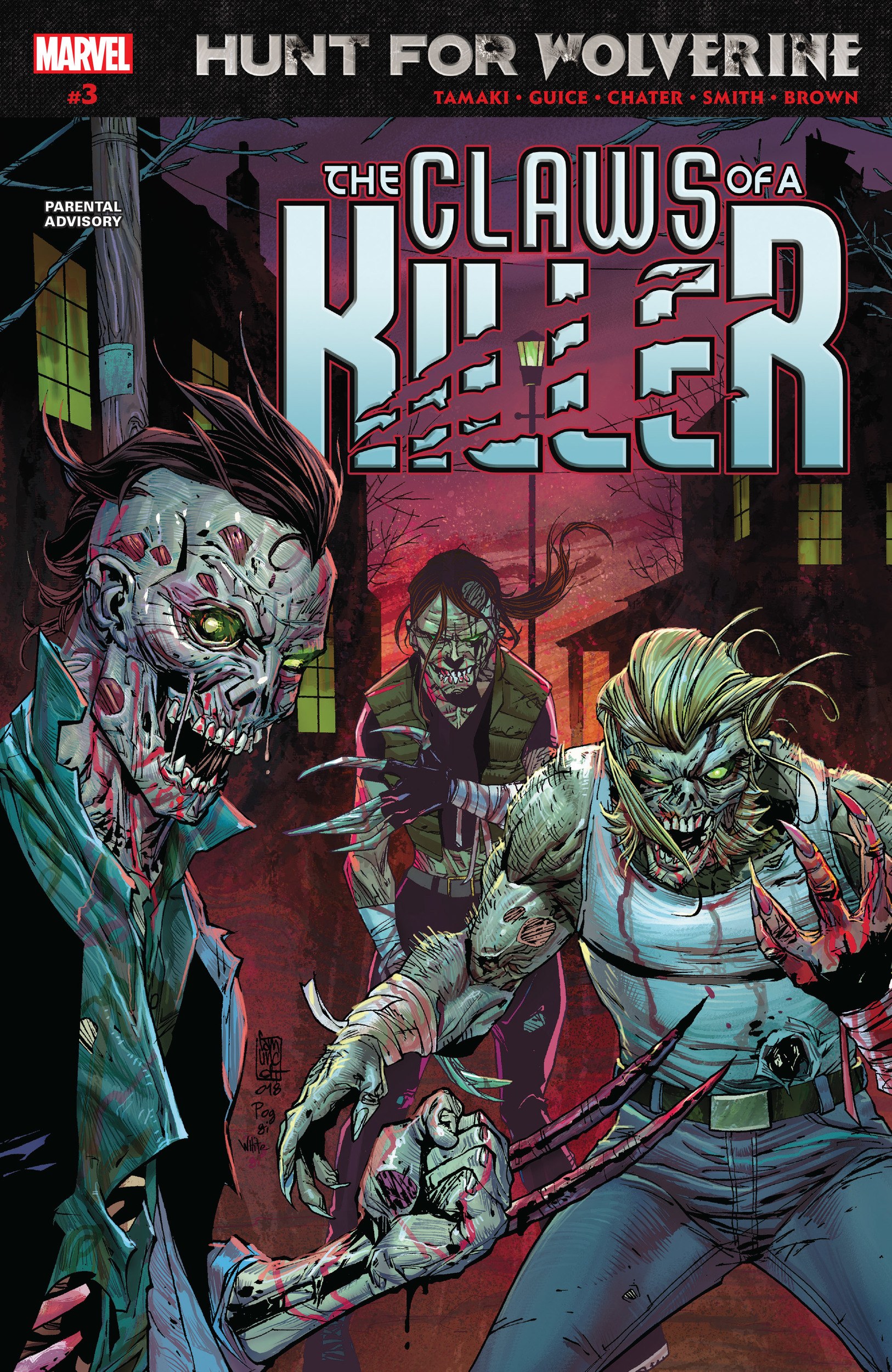 Blood and bloodlines collide in the third installment of the Hunt for Wolverine mini-series “Claws of a Killer” as Daken, Sabretooth, and Lady Deathstrike take a stand against a town of zombies and the occupying militia known as Soteira. With all of their healing factors nullified by a strange power source and no choice but to fight or die, the three mutants go all out for what could be one of their last.

At the previous issue’s end, Deathstrike and Sabretooth were trapped in a garage to wait out a horde of zombies, while Daken forced to leap from building to escape a detonation.  Whereas they once sought to find Wolverine, they must now fend for their own lives. When Daken survives the explosion and manages to evade the the Soteira, he regroups with Deahtstrike and Sabretooth; this, however, only puts all of the units targets in the place. As they bicker about the fact that Wolverine was not actually, or at least not in the moment, the reality takes hold that they many very well die in this battle.

This issue is all claws, zombies, blood, sweat, spit and sandy air.  If the first two issues were merely the calm before the storm, this issues ramps up the “From Dusk til Dawn” meets “Night of the Living Dead” vibe of the series with brutal action. Daken curses his way through the panel, all while serving his nine inch adamantium nails into the zombies skulls. The violence takes a darker turn toward the psychological when Deathstrike and Sabretooth realize that two of their adversaries are their long-dead father and son, respectively.

Soteira, the entity that has apparently initiated this zombie apocalypse, knows its targets very well.  The previous issues only showed soldiers with balaclavas, obscuring their identities as nameless soldiers. In the final hours of battle, however, two of the soldiers reveal themselves to be Graydon Creed (Sabretooth’s long-dead son and leader of the mutant-hate group Friends of Humanity) and Deathstrike’s own father. At this rate, Wolverine’s death and resurrection may end up warranting some kind of holiday in the Marvel Universe as the Hunt for Wolverine has reunited more families than a post-funeral buffet.

Daken is kind of a loose canon. Afterall, he is literally the neglected, bastard son of Wolverine without the baggage of guilt or responsibility. His goal to find and (re)kill his father drive him with a fury and savagery beyond Logan. Without a healing factor, though, Daken may just be another flailing madman with training, daddy issues, and inherited retractable claws. After surviving an explosion, leaping from a building, and fending off the jaws of zombies, Daken may meet his end at the end of a sword. 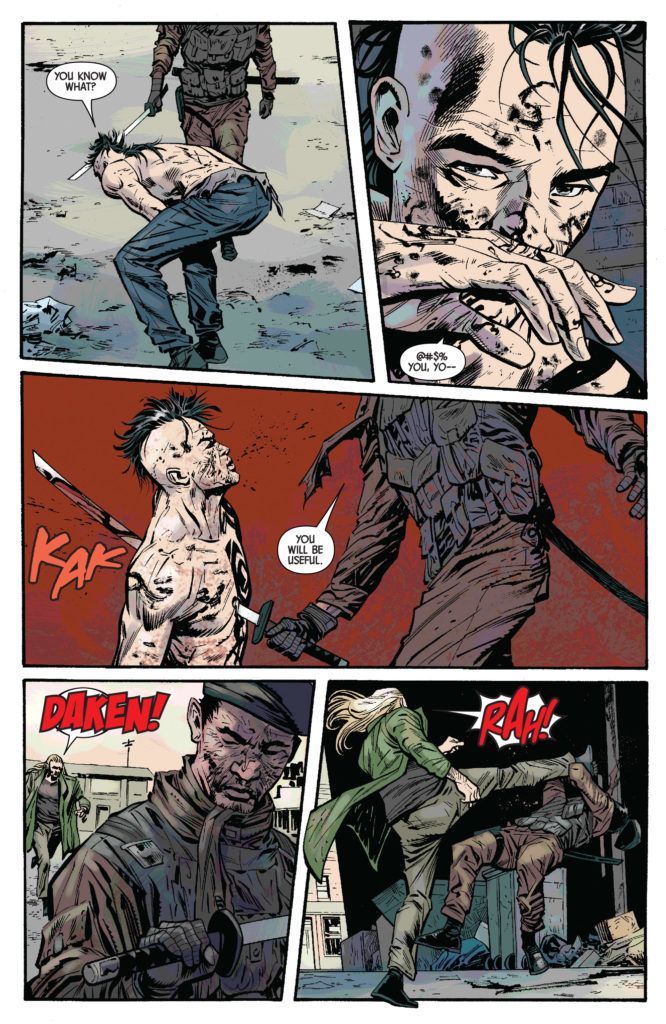 The Claws of a Killer series really deliver the third time around. Mariko Tamaki now also the writer on the new X-23 series,  turns a script that is bold in action and tone.  The pacing is tense, violent, and pretty gory for a typical Marvel Comic. Note: this one ain’t for the kids. Butch Guice’s artwork, especially the facework juxtaposed with the moments of violence, reveal a great interpretative hand.  Aided by the muted color palette of Dan Brown make for a pretty absorbing and cinematic feel.

The Hunt for Wolverine series has brought every Wolverine clone, ally, lover, frienemy, android, and admirer in the universe.  As all of the series loom toward completion, one can only hope that the return of the real Logan comes with some tidying of the Wolvie-family tree.

Rating: 7 out of 10 Awkward Family Reunions