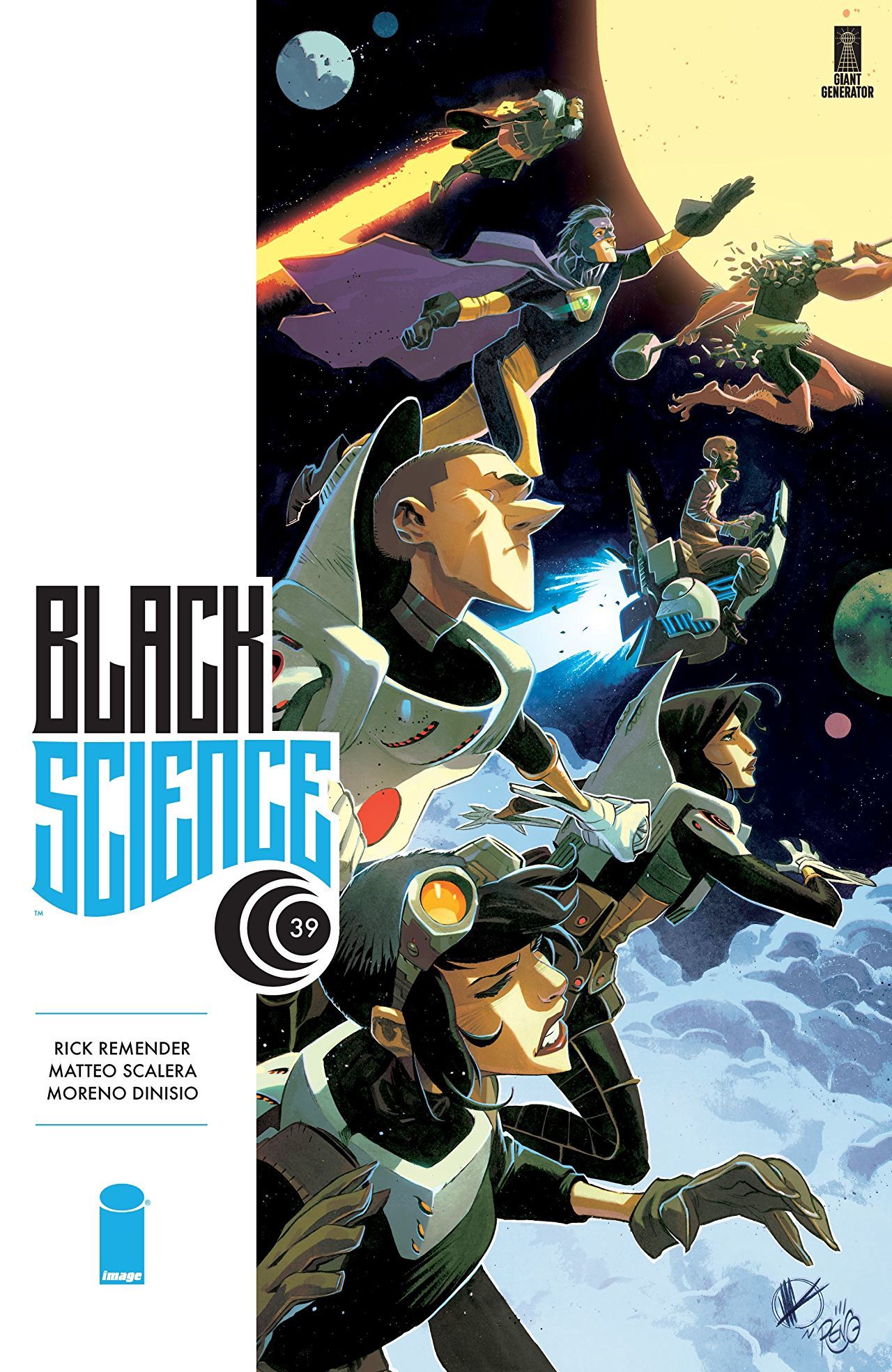 All glory to the comic book gawds. Rick Remender has descended from Olympus to bestow us mortals with new issues of his time/space traversing thriller, Black Science. As the Dimensionauts reunite in Issue #39, it’s down to the final story arc and the battle for the eververse (or what’s left of it). However, this saga wouldn’t be what it is if there weren’t some good old fashioned family dysfunction to hash out first. This is the kind of sci-fi drama the world needs: only Remender could so masterfully give us such a genuinely (while not overly forced) portrait of family healing during the end of the world. I mean….the end of life as we know it was happening right outside their window and yet the bonds between these characters were still flawlessly conveyed while never downplaying the urgency of the situation. 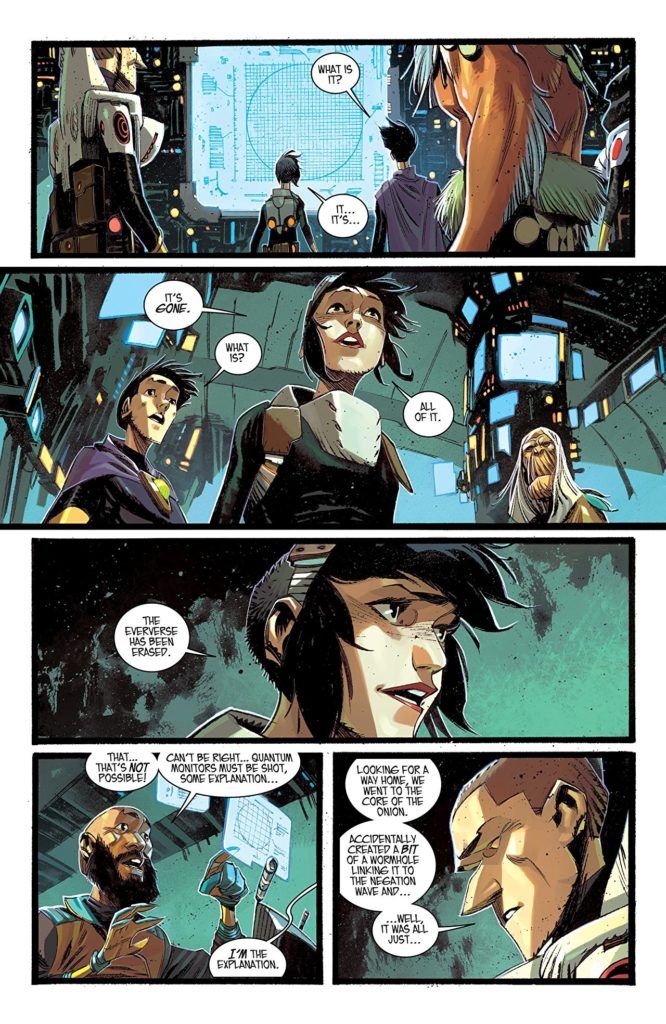 Meanwhile, Matteo Scalera’s artwork is nothing less than a godsend to this already delightful script. His linework, expressive faces and distinctive color palette all come together beautifully to create emotionally resonant panel at every turn of the pages from cover to cover. The standout scene is the gorgeous splash when one character pulls down the curtains to reveal the state of the world outside. The detail involved is a testament to this being one of the most gorgeous books on the shelves.

Bottom Line: What this issue lacked in action, it more than made up for in tension and emotion. Remender did a great job of bringing the audience up to speed on the state of things without making the book feel like meaningless filler. This book is an excellent use of your three bucks anytime it’s on the new release shelf.

Keeping up with Black Science? We have reviews going right to the beginning. Read all of the reviews of the series here.