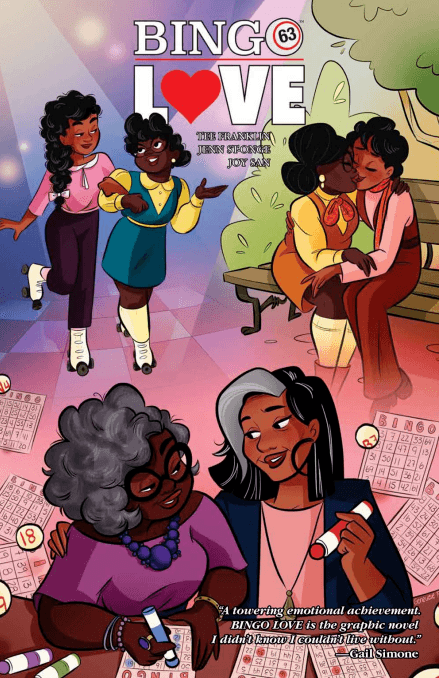 Bingo Love started as a Kickstarter project back in March of 2017. This graphic novel about two queer Black women finding happiness together has come a long way in less than a year: blowing through the initial goals in five days on Kickstarter, garnering the 2017 Queer Press Grant from Prism Comics in April, and being picked up for circulation by Image Comics in October. There’s plenty of praise out here for this book and it is well deserved. If an accessible, loving portrayal of Black queer love is what you’re looking for, this is a good book to pick up.

Tee Franklin, creator and tireless leader of the #BlackComicsMonth hashtag and Twitter account, has been an outspoken advocate for more representation of all things Black and Queer for quite some time. Her stepping forward as a radical creator has been long awaited. 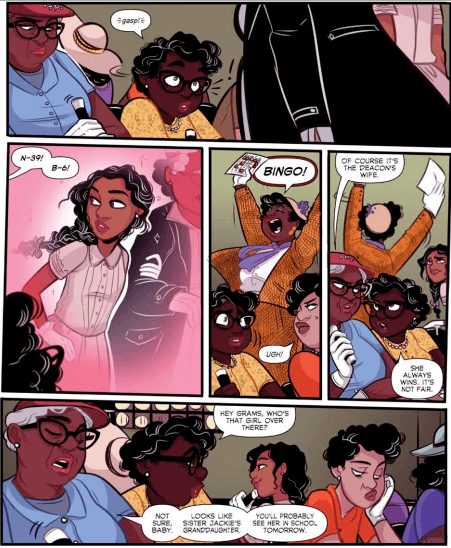 In Bingo Love, she tells the story of Hazel Johnson and Mari McCray, two Black teen girls who meet in 1963, fall in love, then struggle to be together over the next 50 years and beyond. The girls face resistance from their very religious families and their own reservations. After years living the lives dictated to them by others, they are reunited at — you guessed it — a Mother’s Day bingo game, only to find that their love has not diminished one bit. Now adult women, wives, and mothers, they again face resistance, but maintain their love and overcome all obstacles to be together. The real seal on the romance is how it ends, which will have some of you reaching for your tissue boxes.

Jenn St-Onge and Joy San deliver an adorable art style, round and brightly colored. They work hard to feature a variety of looks, shades of skin, and styles of hair and dress, which makes for a visually appealing, and welcoming, graphic novel. In a story about love, they do a great job of showing emotions clearly and effectively, and of selling this relationship. St-Onge has done covers and interiors for the Jem comics and the Giant Days holiday special, so if you like the look of Bingo Love, there’s plenty more to see. 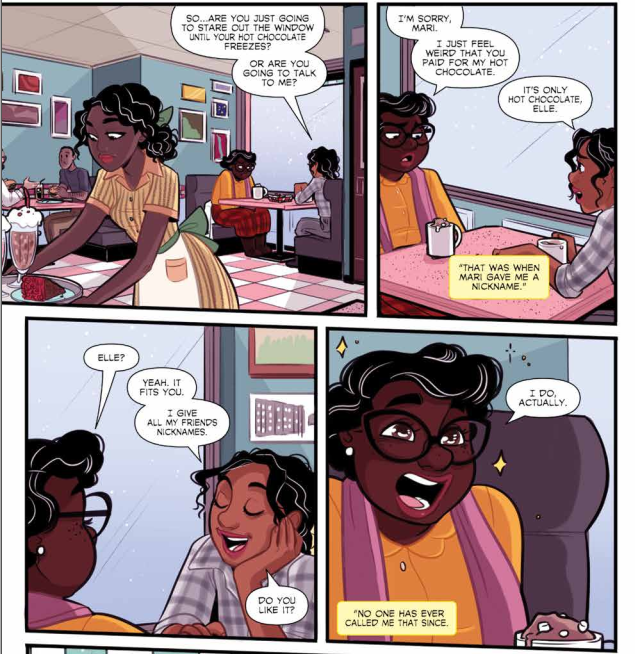 Bingo Love is a nice romance story that is perfect for teens and up. I read much of it to my kid, and she loved it, and she learned something about how lesbians and queer women were treated in the past, so that’s a win all around. For adults, the voiceover may get a little thick in places — there’s a ton of exposition covering the years between the major story beats. At some points the dialog feels stilted, like word choices didn’t match the person speaking. Even with that, this is a fun, funny LGBTQ graphic novel now out in wide release. It is great that Image saw and decided to support a good thing. I look forward to Franklin’s next project.