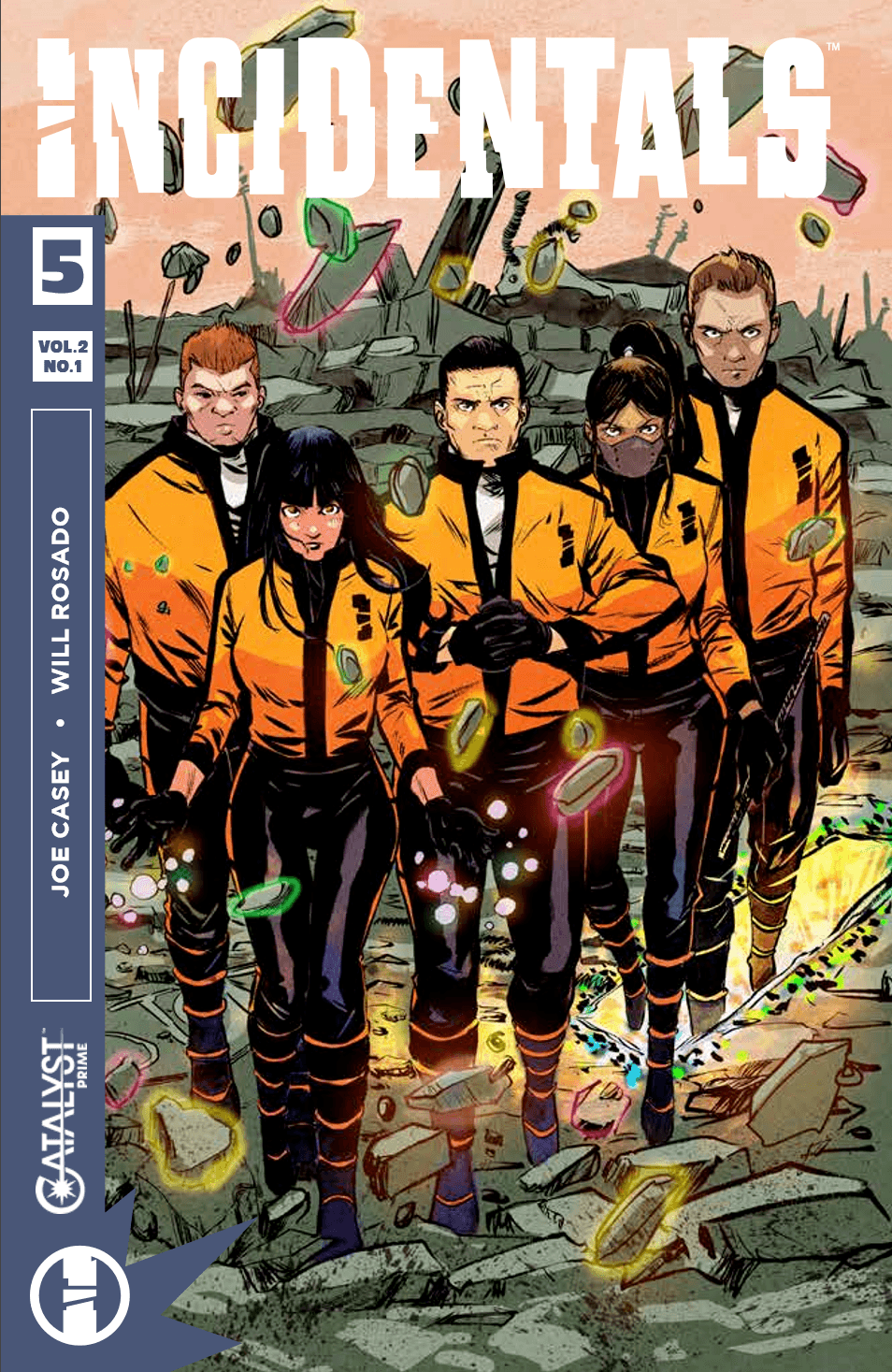 In a world of meteor-affected recently superpowered humans, Incidentals is a team brought together by a mysterious benefactor, Bo Vincent Chen, to make the world safer. It features the largest ensemble cast of the Catalyst Prime universe, and listen, I am a sucker for a good family narrative and the creative team delivers a fantastic one.

Incidentals #5 begins the second major story arc for our cast. After four issues of gathering the team, Casey wastes no time setting up new dominoes and reminding the reader of the loose threads from Volume 1. Given all of the moving pieces, it can be a bit overwhelming at times, but thankfully Incidentals, Vol. 1 is released this week and if the idea of a new diverse cast of superheroes learning team dynamics after cautiously establishing a preliminary sense of trust in each other appeals to you, it’s definitely worth catching up on.

Rosado’s art and Saida Temofonte’s colors create a beautifully realized and realistic counterpart to our own world. The opening shots at the police headquarters and subtle, end-of-day soft lighting evoke a strong sense of familiarity. It evokes a sense that even with all of the fantastical elements in the story, the events could easily be unfurling today. 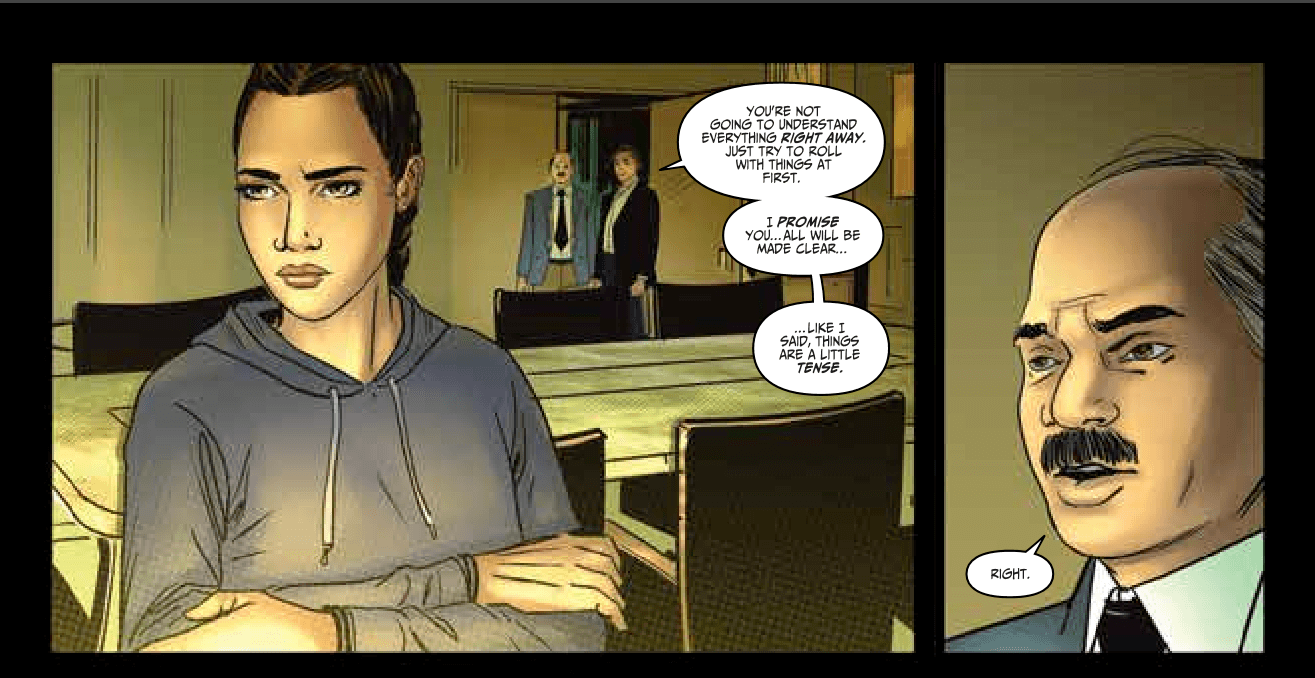 With any ensemble cast this large, there is a lot of mental tracking that needs to happen. This has always been one of my personal struggles with the book, and I’m thankful how Casey manages to help anchor the story with Bo Vincent Chen. His charismatic demeanor is familiar, but that is one of the recurring charms of Catalyst Prime, the subtle reinvention of classic archetypes. Couple that with the sleek sci-fi styling, you got a fun book on your hands.