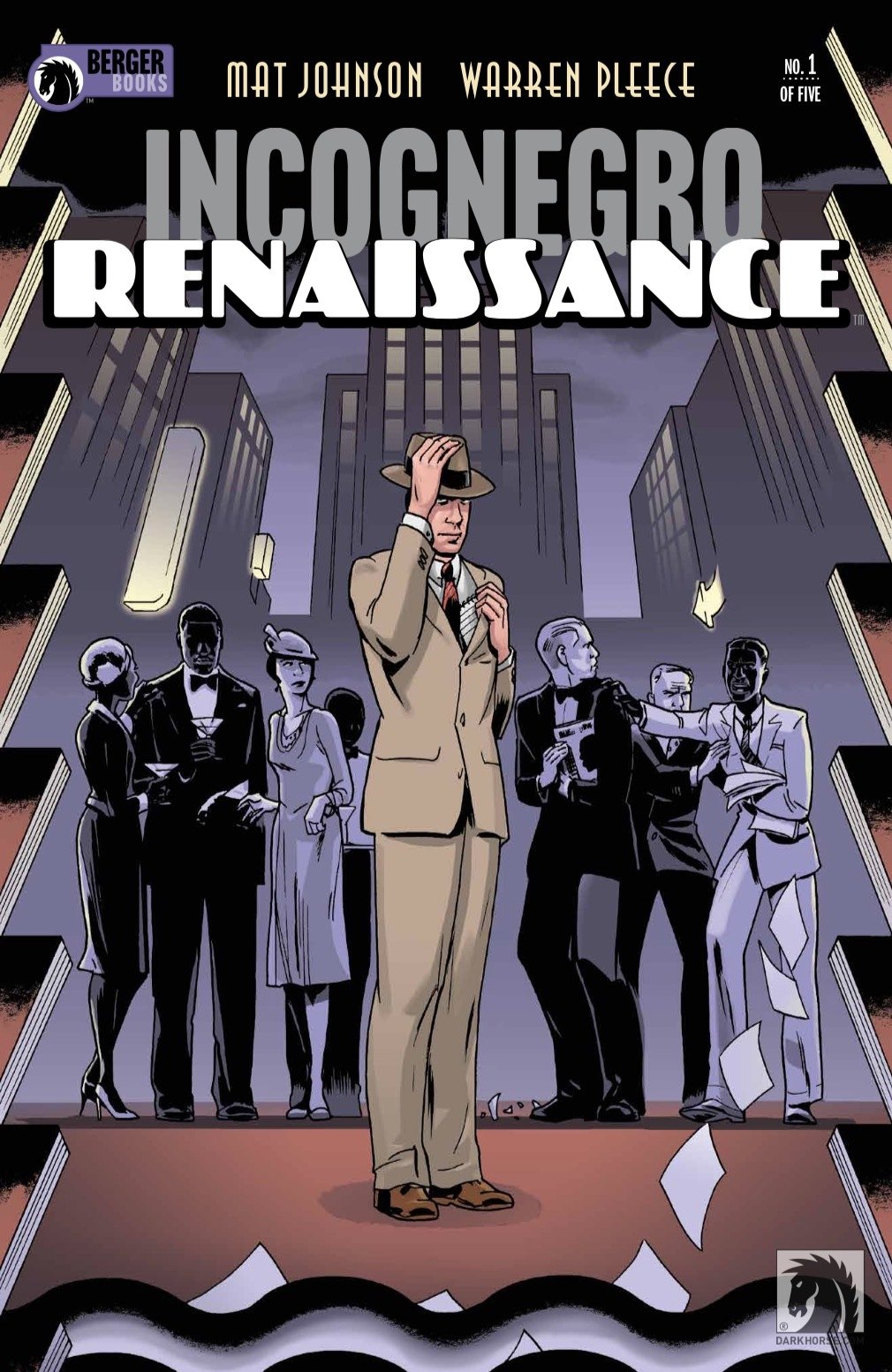 Ten years after the critically-acclaimed release of Incognegro in 2008, writer Mat Johnson and artist Warren Pleece return to their original characters Zane Pinchback, a light-skinned Black man who used his white-passing skin tone to investigate lynchings, and his spirited friend Carl, who has a lower calling but higher fun. Incognegro: Renaissance is a 5-part series that serves as a prequel to the story of Zane’s deadly southern adventure of Klansmen, segregation, and public lynchings, bringing us instead to Harlem. This mecca of the Black renaissance was seen briefly in 2008’s Incognegro, but it begged for a story all its own. Indeed, Zane and Carl hold a dynamic deserving of both worlds: the white-controlled and openly racist small southern town in Mississippi and the legendary Black home of growth and opportunity in Harlem, New York, where the original Incognegro graphic novel ended.

In Incongnegro: Renaissance #1, we are teleported back to before Zane took the pen name Incognegro, before he went undercover to bring news of lynchings. In these earlier years Zane was hardly convinced of the responsibility he would later embrace; even further, he resented the idea of trying to pass as white at all. He was proud of his blackness, and took it as a sign of shame to ever pass as otherwise, even in service of something greater. Carl’s role is as we remember it — to challenge Zane’s thoughts (while getting under his skin) with the influence of a best friend who wants you to join as you get into trouble together. It’s interesting to see Zane’s character early in his carer, before he was established, a new writer and budding journalist without the confidence we would come to know. Even more interesting is his perspective on passing, seeing the idea planted in his head and learning how it evolves in his earliest adventure across the color line, which is what Incognegro: Renaissance promises to provide. 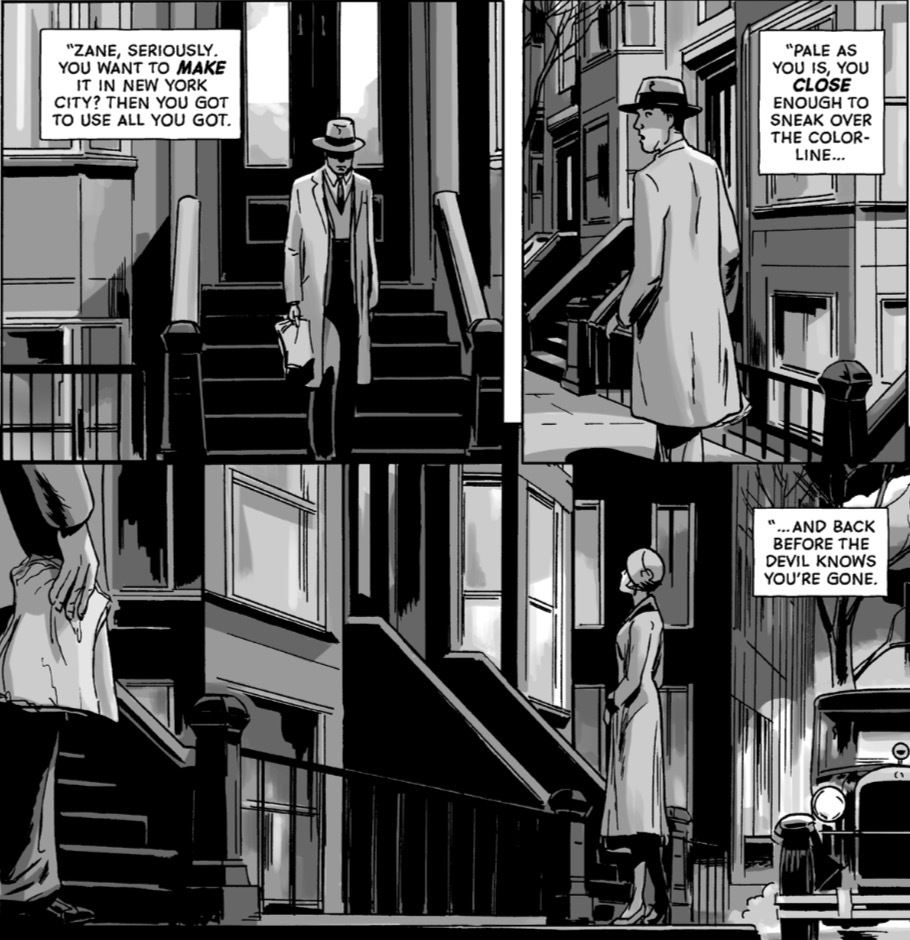 It’s great to see the duo of Johnson and Pleece reunited. Artistically, Pleece depicts a younger Zane and Carl well, different enough that their age is subtly noticeable but similar enough to not be jarring. The series remains in black and white, full of expressive emotion paired with smart dialogue. Like the original the content can be often hard to read, but rather than gratuitous for the sake of shock value Incognegro‘s dialogue feels genuine as it captures an ugly portrait of the racism of its time, a racism that is still often genuine even today.

Overall, a great start to a series well deserving of further exploration. We can look forward to learning the backstory of Zane and what led him to the adventure we now know. You do not need to have read Ingcognegro (2008) to follow the story, so hop on here or go back to hop on there. Just hop on. Period.