[Full Disclosure: This writer was a contributor to the Indivisible crowdfunding campaign.]

Anyone who’s played video games long enough has a personal list of titles that deserve the remake / remaster treatment. Without the proven sales record and critical acclaim of a Final Fantasy VII or a Resident Evil 2 behind it, however, it’s an uphill battle. Enter the ‘spiritual successor’: games that retain the fundamental elements that earned their devoted following but made legally distinct enough from their inspiration to avoid a Cease & Desist strike. The fans that helm these projects are rarely shy about their influences. In the case of Indivisible, developers Lab Zero Games made clear the spirit their successor drew upon — Valkyrie Profile.

Towards the end of the original Sony Playstation’s run of introducing Japanese RPGs to a wider Western audience, Valkyrie Profile was one of the more interesting experiments in the genre. It chose mostly sprite art over the polygon-heavy efforts of the day. Dungeon exploration was a Metroidvania-style affair. The biggest departure was in how Valkyrie Profile handled combat. Traditional turn-based combat was traded in for a hit-tracking system that would seem more at home in a fighting game. 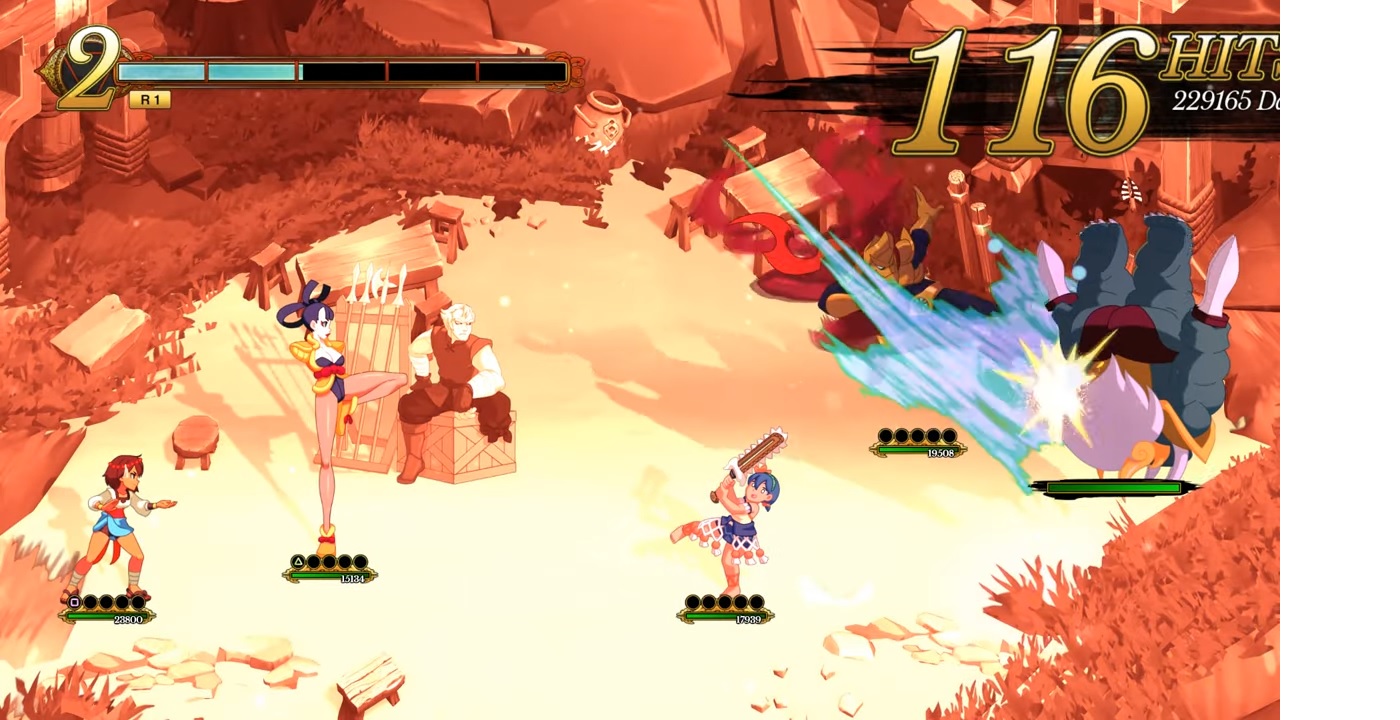 When was the last time you saw a combo meter in an RPG? Answer: not often enough.

If the mantle of Valkyrie Profile was to be taken up again, developer Lab Zero seemed an interesting candidate. Fresh off of the critical acclaim won by their fighting game Skullgirls, their signature use of 2D animation and tag-based combos seemed perfect for the action-RPG genre. After a long development cycle and crowdfunding campaign, Indivisible is the result. Whether this spiritual successor succeeds or not depends on how much the player is willing to take it on its own terms. Indivisible’s terms are this: it begins at the end of a legend and ends at the beginning of a new one.

Between these points, the player controls Ajna — a headstrong young girl drawn into a transcontinental quest to save the world. Like the protagonist of Valkyrie Profile, on her journey Ajna will gather allies to her cause. These ‘Incarnations’ travel with Ajna in a cleverly designed hub-world that is always accessible: inside her mind! While carrying her expanding village of party characters, Ajna also gains abilities for traversal and combat as she moves through the different areas. This brings up a further caveat to Indivisible’s terms: it’s not an RPG with side-scrolling elements, but a side-scrolling action game with light RPG elements. 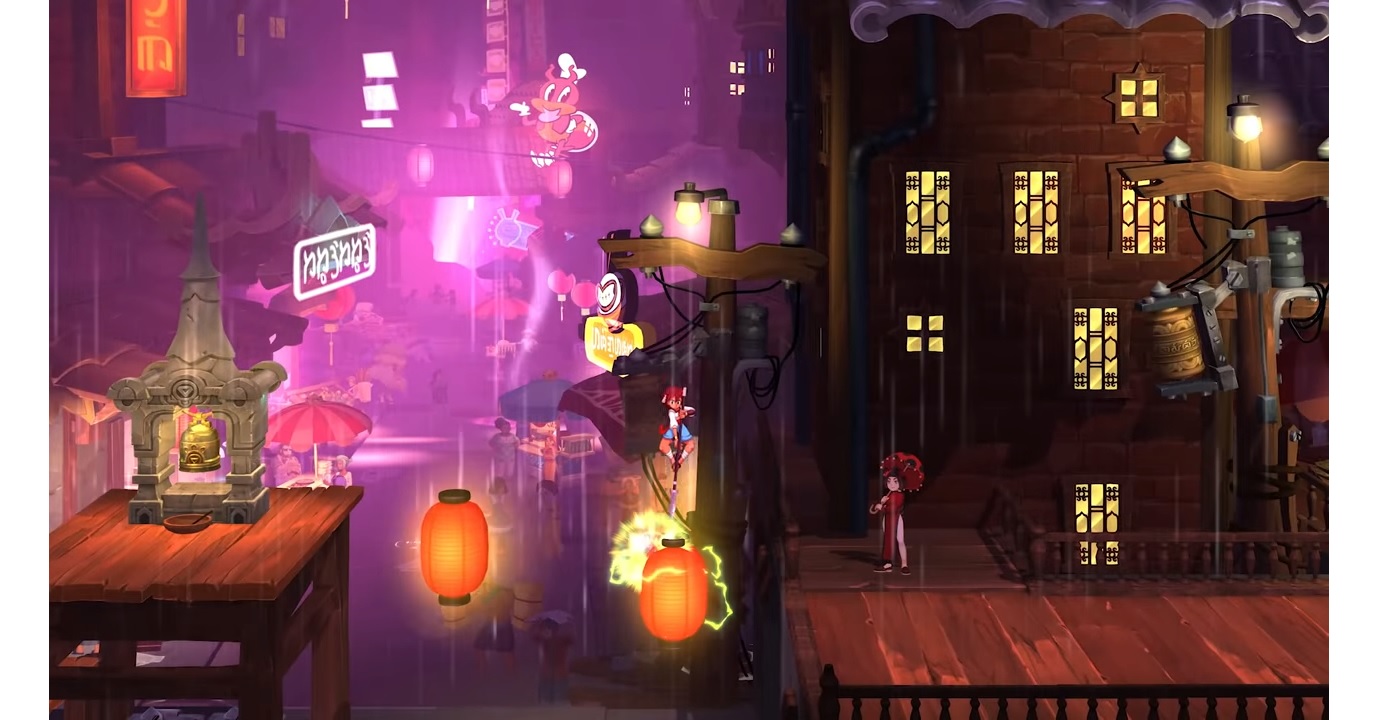 For example, the numbers you stomp out of enemy bodies are the lifeblood of most video-game RPG combat systems. Here, the real number to pay attention to is how high your combo can go. Using your party to dance across foes’ faces with simple input adjustments feels snappy and builds up a ‘super meter’ that characters can tap into for more powerful moves. Those who don’t enjoy the challenge of crafting ridiculous combos between platforming segments will likely burn out on the game sooner. Enemy types have some clever variants, but with Indivisible’s large cast of players, you will probably find a party configuration that works and stick with it.

What will definitely stand in the way of player progression more than enemies are a number of bugs and glitches present that can result in serious setbacks. This means that the bulk of the enjoyment will be derived from the same source as Valkyrie Profile: the stories of the characters themselves. Only time will tell if Indivisible will be looked back upon as successfully as the game that inspired it. For now, its willingness to diverge from the predecessor whose lineage it claims shows an undeniable spirit. 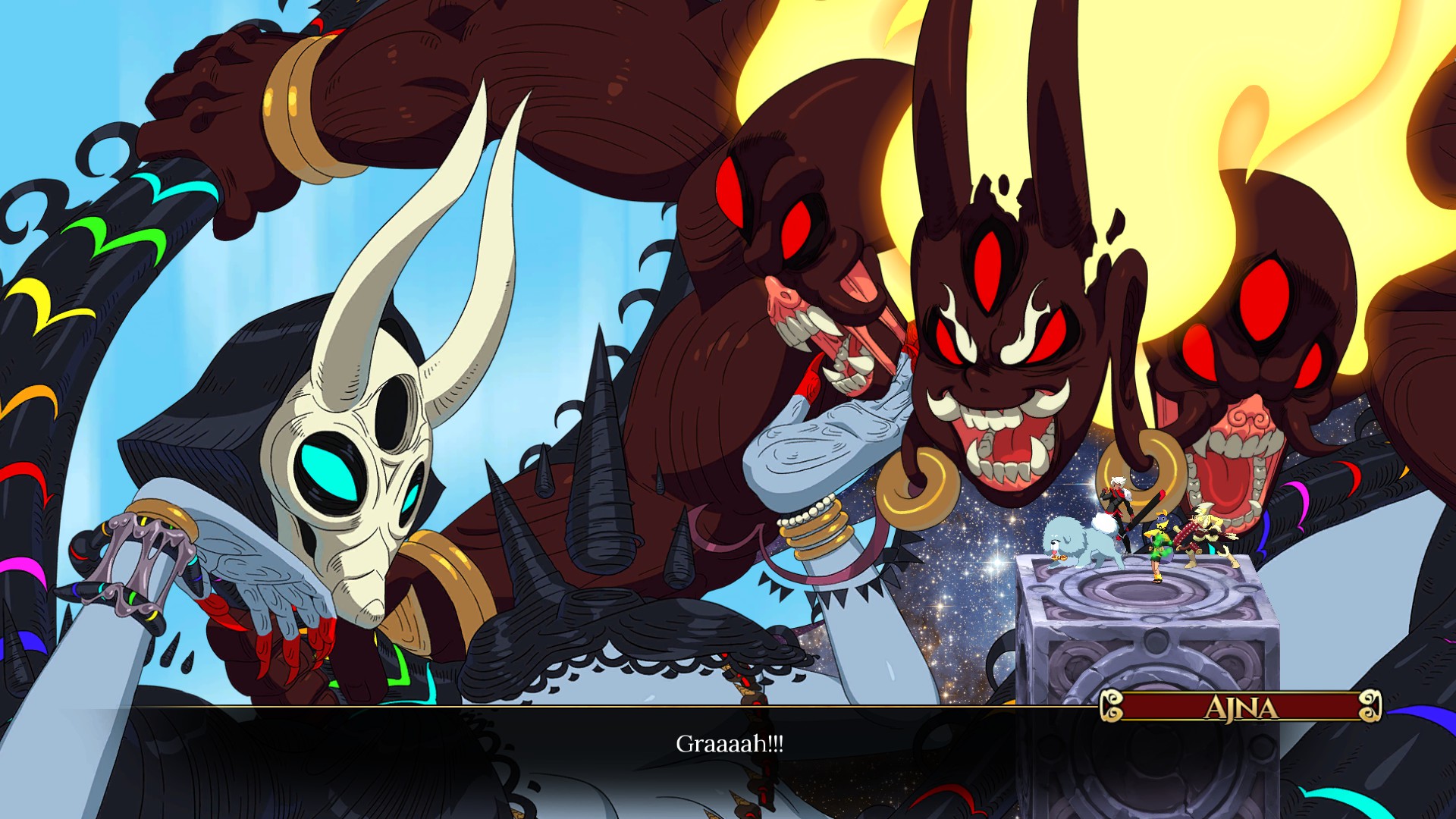 This game ain’t playin’ when it says ‘this isn’t even my final form’.

7 Out Of 10 Aggravating Platforming Segments