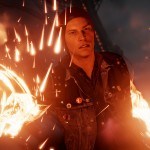 It was a good week for gamers this past week, especially if you dropped those 4 stacks on PS4 as one of its most reliable first party games dropped, all shiny (and smoky) for the next generation. And fa real, Sucker Punch kicked in the door like it just won a second term with this release Since this isn’t a full review, let’s hit main checklist.

As the previous Infamous games have featured, the game drips with style and flair. Back story for key characters that Delsin interacts with are given with comic book C.P. Smith type graphics, often gorgeously colored still art with good voice-over work. Speaking of voice-over work, I was surprised how good the voice acting is. It would be so easy to write a character like Delsin as a lame or annoying asshole, but the writing and voice acting both do the job well to construct a real word (well, a real world where conduits or bio-terrorists, the B-Words, exist, turning Seattle into a kids art project).

Infamous looks every bit of a Next Generation system. This is the shit that made you turn your PS3 into a “media center” for the guest bedroom. This is the reason you took your student loan money to Best Buy talkin bout give me the Sony joint with the 1080p and the motion cap I’ll never fuckin use. 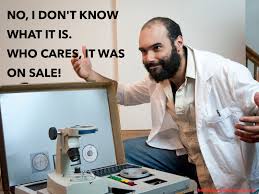 Environments and character models are gorgeous, from Delsin’s clothes to the street signs, all the textures are top notch from far and near while not suffering from any notable frame rate issues. The best compliment I can give it is that there are times I feel like I’m playing a PC game, so there’s that. The game always looks good, but there are times it gets real watercolor on the screen. The effects of the powers look incredible as well, whether Delsin is dissolving into smoke through a chain link fence or becoming pure neon while running up the side of a building.

Second Son tells a good story, at least half of it does. The world is believable as are the characters and motivations and the plot is handled well tying it altogether. As long as your playing as a hero. If you try to Break Bad, this shit lets Walter White down. Where the other Infamous games handled gamplay better than Second Sons was definitely with the big morality decisions. Cole wasn’t evil per se in the previous titles; he just had the potential to become drunk on his power and care not for innocent bystanders when he was causing destruction. That Thaal Sinestro kind of evil. This version of evil, is well, Darkseid. To go bad isn’t the act of disregarding citizens or peace keepers, but to outright punish them. The trick in games with a morality meter is that there are justifiable ways to play as good or bad in the scope of being a normalized person. In Second Sons, if you want to break bad, you have to go to extremes where a normal person wouldn’t naturally make those decisions. Unless you’re a sociopath. Which, ya know, is pretty fucking possible too.

Some of you could give a damn about all that other shit and you wonder how it plays. Like Jimi my dude, it plays its ass off. Control scheme works well, navigating around the city is easy and fun, whether you gliding, flying through vents, running up walls, catching the A – Train or going atom bomb on some cats in the middle of downtown. Learning how to manage your powers is key, cuz even when you’re controlling Delsin the Smoke Based Gawd, you can still get merked on these rough Seattle suburban streets. Soldiers aren’t pushovers, some of them powered up with that grown man concrete strength and will make battles difficult, especially if you ain’t tryin to leave civilians as dead collateral like you reliving the Watts riots or some shit.

So far the game is incredible and outside of the bad morality scale, this is a GOTY candidate for sure, even being released this early in the year. I’ll check back with part II once I beat this thing.