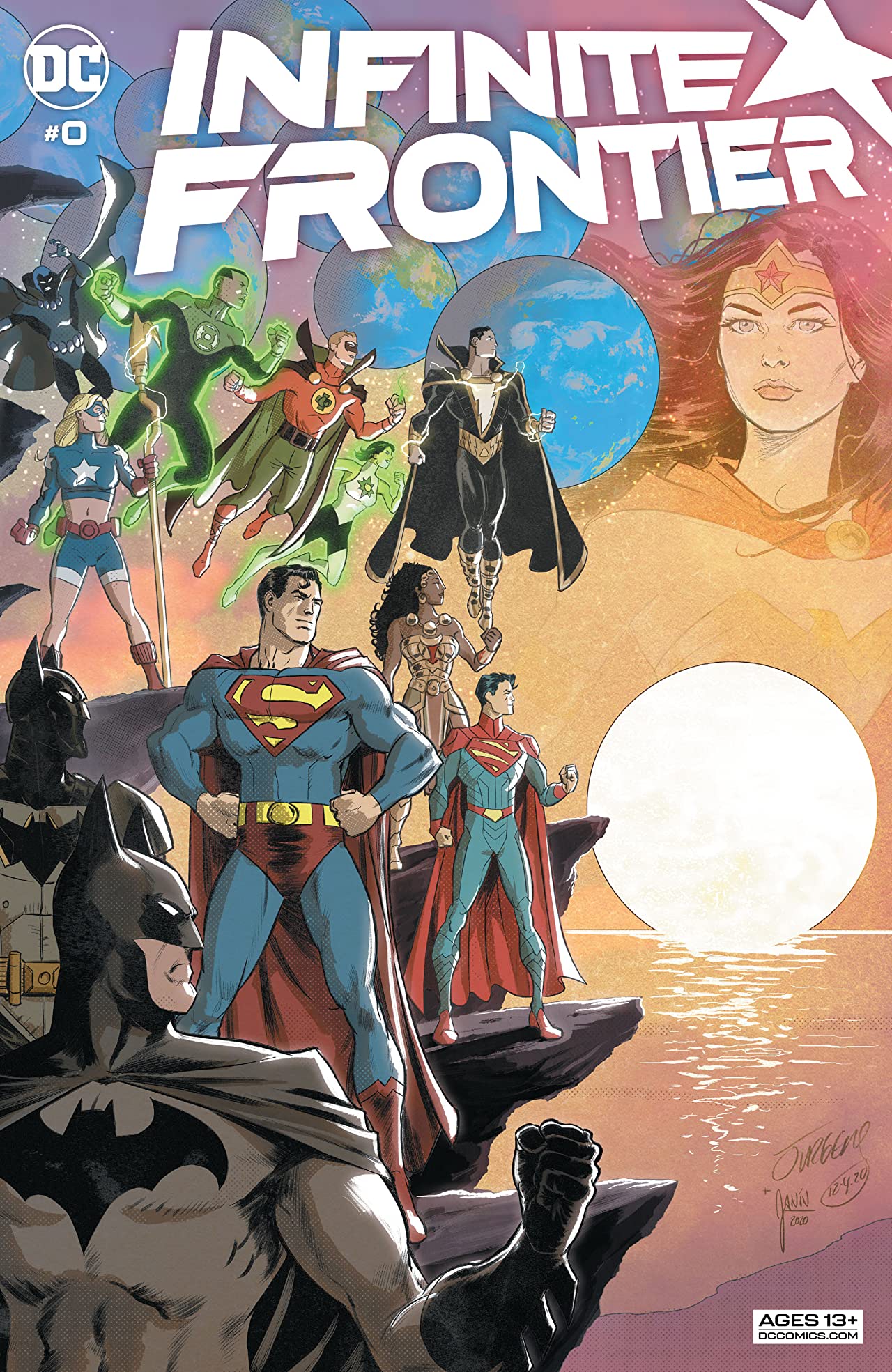 Infinite Frontier places us into the newly minted DC multiverse, where everything is fresh and connected like ever before.

Spilling over from Dark Nights: Death Metal and Future State, Infinite Frontier gives us a glimpse of the new normal through Wonder Woman’s eyes.

This #0 issue is essentially a sneak peek anthology featuring some of the new creative teams of the flagship DC books, but it’s packaged in a really unique way. Instead of just being a collection of short stories one after the other, Wonder Woman is guided by the Spectre in seeing how her friends are faring in the aftermath of the last big event.

The Spectre is part of a group called the Quintessence, and after her valiant effort in Death Metal, Wonder Woman is being recruited by the group. This book serves as her last peak into her friends’ lives before she ascends. From a stylistic standpoint, it mimics It’s a Wonderful Life as the two godly beings pop into different situations as ghosts and see what life is like presently.

I like that the book is structured this way. It gives it so much more depth, and it makes this new initiative at DC feel that much more grand.

Out of the glimpses that we see in this book, the ones I am most looking forward to are Green Lanterns, Titans Academy, The Flash, and Wonder Girl.

Titans Academy previews a bunch of young kids taking a ferry to Titans Tower. And one of them is Red X. Yes, that Red X.

The Flash is going to follow Barry Allen joining Justice Incarnate, a multi-dimensional Justice League team monitoring the wellbeing of the multiverse. Meanwhile Wally will be taking up the mantle of The Flash of Central and Keystone City.

Wonder Girl will follow the new character Yara Flor as she ventures through Brazil to learn about her past.

There were some really promising glimpses in this zero issue. Even some connections to things we saw in Future State.  Everything seems to have a level of connectivity that hasn’t been felt in a while. Some of the swings are big, and I hope they stick to some of the changes that are being made. All in all, Infinite Frontier really looks to fulfill its promise in being infinite, at least when it comes to what the possibilities may be.