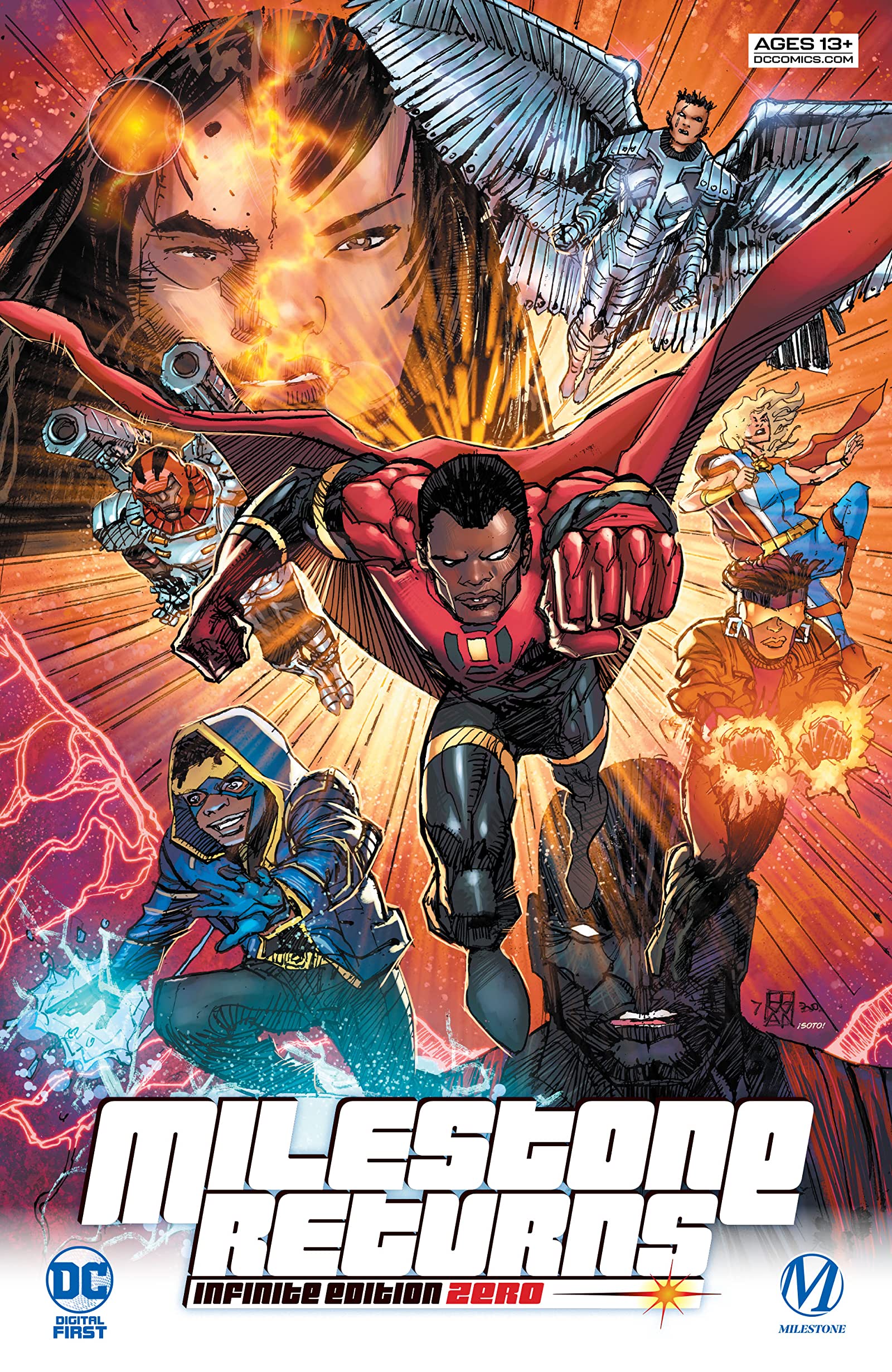 Milestone is back. I can’t believe I actually get to type that. We back!! I have been waiting for this since the first time I watched Static Shock on a Saturday morning and learned about Dakota, its comic history, and its city full of Black and brown heroes.

Milestone Returns is an extension of the issue that dropped back in September for DC’s Fandome event. It’s back with 24 new pages detailing a new origin for super-powered people in Dakota.

The Dakotaverse takes place on Earth-M, which means that it’s not tethered to the main continuity of the DC Universe. It’s great that they get to have their own playground, but it would still be cool to see these characters interact with other DC heroes. Maybe in the future.

Still dubbed ‘The Big Bang’, the inciting incident for this superhero universe has been updated to reflect the times we live in. During a Black Lives Matter protest, cops shoot a new experimental tear gas at the crowd, and whatever is in this stuff has a reaction that kills some, and drastically changes the molecular makeup of others. This is how we get heroes like Static, and big bads like Holocaust.

In the original, the Big Bang was all tied to a gang war in Dakota and while that might have been relevant as well, I think a Black Lives Matter protest captures the same sentiment while widening the scope.

After giving us the updated origin of the Dakotaverse, the issue then jumps around to show us glimpses of some of our favorite characters and major players in this world.

We see a little bit of Virgil Hawkins recovering from the Big Bang and discovering his powers. He displays the beginnings of his grapple with responsibility as he navigates a world where his bully now also has powers.

We catch up with Rocket and Icon who are halfway across the world taking out drug dens when they catch the news about the Big Bang.

Curtis Metcalf, genius and face of Alva Industries, is poised to take the fall for the aftermath of the protest, forcing him to take a stand before he’s scapegoated.

While all of this is happening, a very smart yet jaded individual who goes by the name of Holocaust is gathering other outcasts in an effort to wreak chaos on the city and take it for themselves.

To hold us over until we get full-on series featuring these characters, they revealed the creative teams for the first few books. Names like Vita Ayala, ChrisCross, Nikolas Draper-Ivey, Khary Randolph, and Brandon Thomas join industry vets Denys Cowan and Reginald Hudlin on the flagship books. It’s great to see Static, Icon, Rocket, and Hardwire have creators with new and fresh voices as well as some of the ones that had a hand in their creation.

What a time to be alive.

Milestone issues will be digital-first, meaning they aren’t yet in print. For the time being, if you want to read these new stories, you can purchase them wherever you get your digital comics.

10 Wannabe Black White Boys out of 10