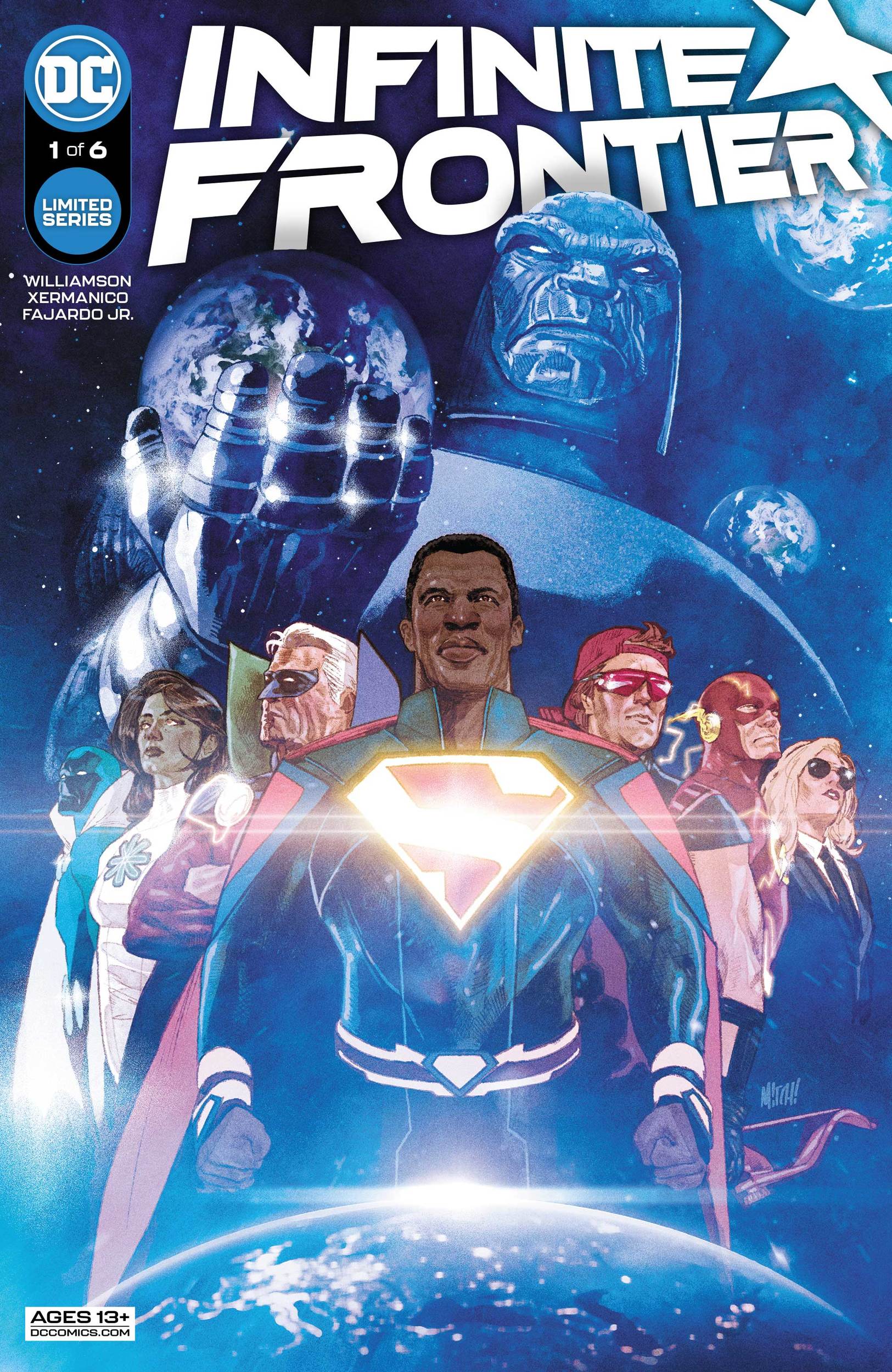 Infinite Frontier, the flagship title of this new era of DC Comics, is here, and it infinitely slaps. It’s also only a 6 issue mini-series, which to me promises a tight story that hits fast. I’m looking forward to it.

Infinite Frontier centers around the Justice Incarnate, a Justice League team made up of different versions of mainstay Leaguers, only from different Earths in the multiverse.

For instance, there’s Calvin Ellis Superman, Flashpoint Batman, Alan Scott Green Lantern, and our main Flash. All on one team. My inner 8-year-old is screaming.

The Justice Incarnate’s job is to make sure there are no major changes in the multiverse. Spinning out of Death Metal, where the multiverse died and was born anew, it’s only fitting that there’s some group that has a sole purpose to protect such a thing from happening again.

Infinite Frontier #1 was mostly set up, which is not a complaint at all. Williamson does a good job of dropping us into this world, teaching us the rules, and having fun while doing it. I wasn’t ever the least bit confused, and I was along for every twist and turn that we were gifted.

There was a tease of what the conflict will be, though. The Flash’s job on this team is to use his Speed Force powers to travel the multiverse and make sure everything is good, kind of like a scouter ant looking for food. He manages to breach a doorway to Earth Omega, where a lot of mystery resides, but upon his arrival he finds the desecrated corpses of the Quintessence, the people who run the multiverse. That can’t be good. It was brief, but it left the perfect amount of intrigue to get me to come back and figure out what’s going on next issue.

Xermancio did something really cool with the art in this Infinite Frontier #1. When Flash makes it to Earth Omega, he meets a big bad who I won’t mention, but his presence makes Flash cycle through different versions of this meeting that have taken place over the multiverse. Or at least that’s how I interpreted it. Xermancio conveys this by illustrating in a different art style in each panel that passes. It’s reinforced by different lettering styles as well. It was really well done and I’m not sure if I’ve seen something like that in a comic before. At least not anything I can remember.